Search is a very centralized segment, as Google has 92% market share. Presearch is challenging that with a decentralized search engine.
May 27th, 2022 8:58am by Jake Ludington 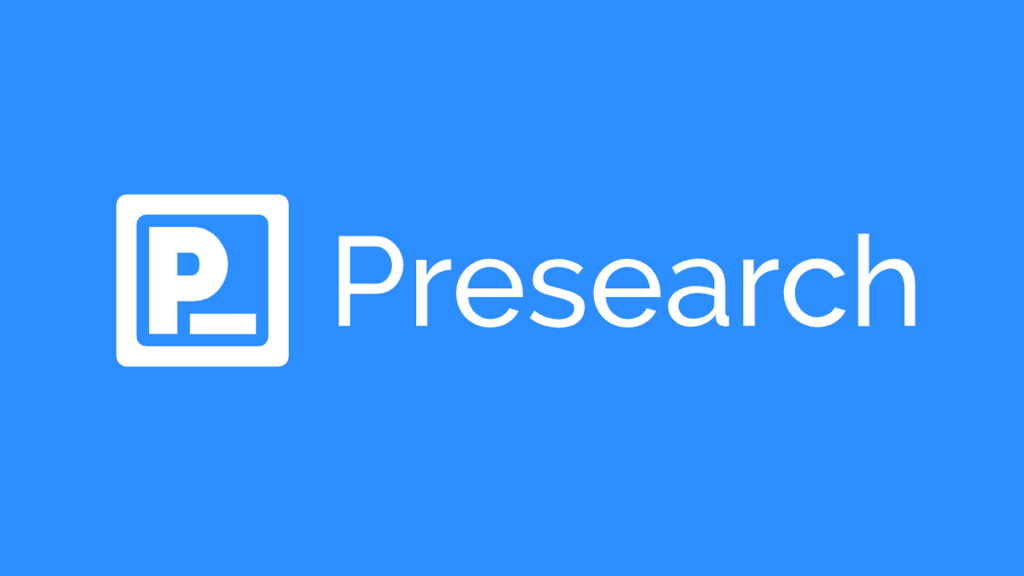 Decentralization continues to be one of the biggest factors motivating a significant portion of the companies that identify as Web3 technologies. While Facebook, Twitter and other social media sites get plenty of attention for being centralized hubs, I’m not aware of anything more centralized than search, where Google maintains 92% market share. A few upstarts like DuckDuckGo have carved out niche percentages, but no company has managed to make a dent in Google’s dominant market position.

Presearch is looking to change that with a decentralized approach to building a better search engine. The company was initially founded by Colin Pape back in 2017, in response to the challenges he faced competing with Google at his previous start-up ShopCity.com. In an interview with The New Stack, Pape said, “I built a prototype for Presearch thinking of it as the Switzerland of search, with a multi-search user interface that would enable a group of search engines to break the Google stranglehold on search, but have those individual search experiences still be respected.”

Over time Presearch evolved to include some Web3 elements. Pape said, “The vision evolved to having a cryptocurrency at the heart of everything, rewarding people for using the search, and [making] the currency the mandated payment mechanism for the advertising platform, to give it a source of demand and ultimately enable all these different contributors to participate in the ecosystem.”

Presearch moved from their testnet environment to mainnet this week. Its decentralized infrastructure consists of 65,000 nodes, with a significant concentration in the United States at this point. Those nodes are gradually being migrated from testnet to mainnet. As part of the move to mainnet, they’ve expanded their node gateways to increase geographic distribution, with additional gateways in Frankfurt, Germany and Singapore. In addition to routing search traffic, the gateways also anonymize the searches as they are handed off to individual nodes, which provide results that ultimately appear in a webpage. Additional geographic distribution is expected as the network grows.

One of the reasons I find Presearch interesting is their approach to feature development. If you’re part of the 92% of searchers who use Google, you’re likely familiar with the Knowledge Panels that appear next to search results — like the example below, from a search for Docker. 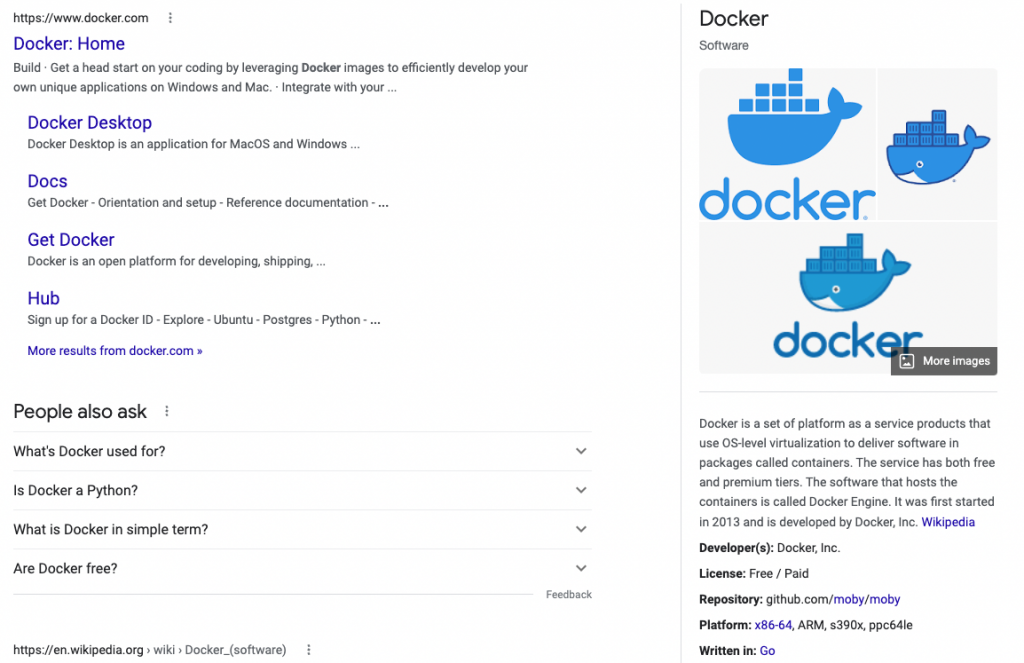 Presearch has outsourced these to the community, which means if you’re a developer who already has a useful corpus of data around a specific topic, you can build a Presearch community package using the JavaScript template on GitHub and submit it for consideration. You can develop your data source with your favorite set of tools, with implementation relying on JavaScript and HTML.

Pape explains, “Our community is really the only way that we can have more developers working on search than Google. We’re a pretty small team, so the only way to compete is enabling the community to participate and identify those niche opportunities where Google and others will never go and where we can provide a high-value on-page experience.” Presearch intends to have an incentive program in the near future to further encourage building out the community packages. They also plan to offer users a choice if more than one developer comes up with a useful package for on-page knowledge panel results.

Another possible avenue for developers to engage with Presearch is in building highly targeted search experiences around niche topics, which then integrate into the Presearch result set.

Is the Future of Search Decentralized?

DuckDuckGo and Brave have both captured small portions of the massive search space, along with a handful of other niche competitors. Presearch’s decentralized approach to integrating both infrastructure and search features from a wide-ranging community is definitely a novel approach that could have increasing appeal over time.

Currently, Presearch has 3.8 million registered users who are generating 150 million monthly searches. That’s a small fraction of Google’s single-day search volume. However, with a focus on anonymous browsing, a limited advertising footprint on page, and the opportunity for a developer community to add value, Presearch has the potential for significant growth.

SHARE THIS STORY
RELATED STORIES
Test Automation Tools Unite! Test Gaps Can Lead to Undetected Defects Internal Developer Portals Can Do More than You Think Using DORA Metrics to Optimize CI Pipelines Why Trust and Autonomy Matter for Cloud Optimization
TNS owner Insight Partners is an investor in: The New Stack, Docker.
SHARE THIS STORY
RELATED STORIES
The Hidden Costs of 'Free' Internal Developer Portals Test Gaps Can Lead to Undetected Defects Testkube Moves to the Cloud in Beta Release A Brief DevOps History: The Road to CI/CD Insights on Integration Tests with Foresight
THE NEW STACK UPDATE A newsletter digest of the week’s most important stories & analyses.
The New stack does not sell your information or share it with unaffiliated third parties. By continuing, you agree to our Terms of Use and Privacy Policy.