How Pricebaba Got its Start on the CodeIgniter PHP Framework 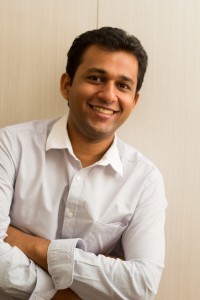 While I was planning Pricebaba back in 2011, the technological side of things was something I knew would be tricky. My vision for Pricebaba was that it would be a product research engine that lets Indian consumer search mobile phone availability across local stores as well as from online outlets.

To make this a service a reality, I would need all the possible help from my friends to crack this. I better clarify here that I am not an engineer which means I can’t write a single line of code, except for the bits that I learned in school.

Luckily, my more technically-inclined co-founder Tirthesh Ganatra could take care of some of those challenges, but being a graduate right out of college, he too had plenty of learning to do. So when it came to deciding on a Web application stack for Pricebaba, we were puzzled and conflicted with a lot of opinions that took us in different directions.

Our criteria were simple. We wanted to use known stuff, something that we know scales and for which we would be able to find enough brains to advise us on. At the same time, we wanted a platform for which hiring engineers wouldn’t be a hassle. So we went to PHP,  MySQL and Google Analytics. (I gave my non-technical disclaimer right?)

The toughest part was to decide if we should go ahead and use a framework like CodeIgniter to build Pricebaba. The arguments for CodeIgniter was that it will make the development faster and take care of basic security out of the box. At the same time, the argument against using a framework was that it would make the application slower and may not scale. It was a bet we had to take. It was like choosing between a car with automatic transmission versus one with a manual transmission.

CodeIgniter is an MVC (model-view-controller)-styled application development framework designed to allow people and companies to build up a rich Web sites much more quickly than they could be building them using PHP by scratch. It was designed to be nimble, with only a 2MB footprint. It requires minimal configuration and can support third-party add-ons.

We went with CodeIgniter. And three years hence, we remain largely on CodeIgniter, though a lot more jargon now populates our tech stack. We have served well over 85 million visitors with a momentum of over 14 million page views every month now. It is safe to say, CodeIgniter has served us well. It was good for the first version of the site, it is good for the version that has scaled for us since then.

Of course, large challenges remain to be tackled. We need to adapt Pricebaba to the world of mobile apps. Do more complex stuff and that would mean breaking down and rebuilding a lot of stuff we did in the last few years. But for running a small unfunded startup that had only a couple of engineers for much of its journey thus far, I am not regretting picking CodeIgniter.

The same holds true for using Zurb Foundation as our front end framework too. It has saved us the need for building and maintaining a dedicated mobile site from scratch.

Yes, aging is real and we need to reinvent. But I wanted to take the time and express that over-engineering on day one is not necessary. We will do all the rocket sciences that a startup needs to do when it sees scale like Pricebaba. But we wouldn’t have made it this far if we tried to do that on Day one.