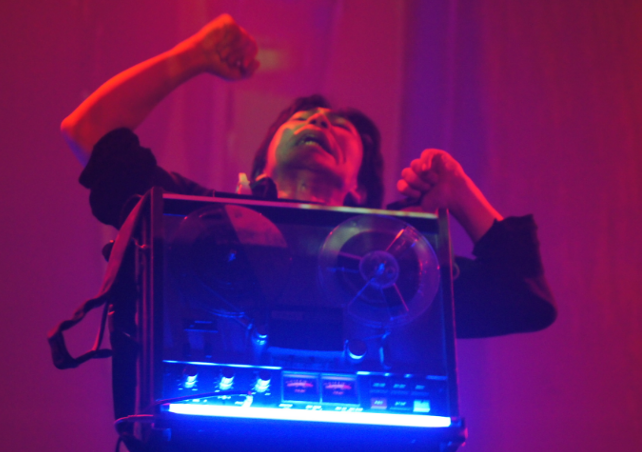 The sight of a lonely, pot-bellied old cathode ray tube television set, sitting discarded on the curb, is probably one that you’ve seen before. In our tech gadget-obsessed society, the latest is usually pegged as the greatest, and old electronic devices often find themselves thrown out even before the end of their useful life, contributing to a growing problem of electronic waste that clogs our landfills and rapidly depletes our natural resources.

But it need not be that way. From sound geeks resurrecting the modular synthesizer, to researchers exploring how biological cell-inspired circuits might be the future of analog-based computing, analog is coming back in a big way. Using these discarded, analog cathode ray tube (CRT) televisions in an innovative way as percussion instruments, Japanese programmer-turned-avant-garde musician Ei Wada is able to create music that hums, thumps, blips and buzzes in a surprisingly organic way. Take a listen:

The story of how Wada stumbled into this creative milieu is a serendipitous one. According to Wada, his interest in music began at the young age of four during a family vacation, when he first heard the eerie, yet captivating sounds of the gamelan, an instrument native to Indonesia. As a teenager, Wada began to play around with vintage cassette tapes, reproducing similar eerie “alien sounds” that were reminiscent of those he remembered during that trip to Indonesia.

Prior to stumbling upon his percussive television interfaces under the moniker Braun Tube Jazz Band, Wada experimented with reel-to-reel tape recorders (these relics date back from the seventies), ultimately creating mesmerizing performances with Open Reel Ensemble, a group he formed with a few friends. Their acoustic style is hard to pinpoint, ranging from the contorted thunderings of warped bagpipes to uplifting pop.

“These [reel-to-reel tape recorder] machines felt like the bigger relatives to the cassettes that I’d been playing with,” Wada told Motherboard. “I’d move the tapes by hand and the machine would make really spacey sounds. I really felt like this machine was linking me up to a world that I didn’t know.” 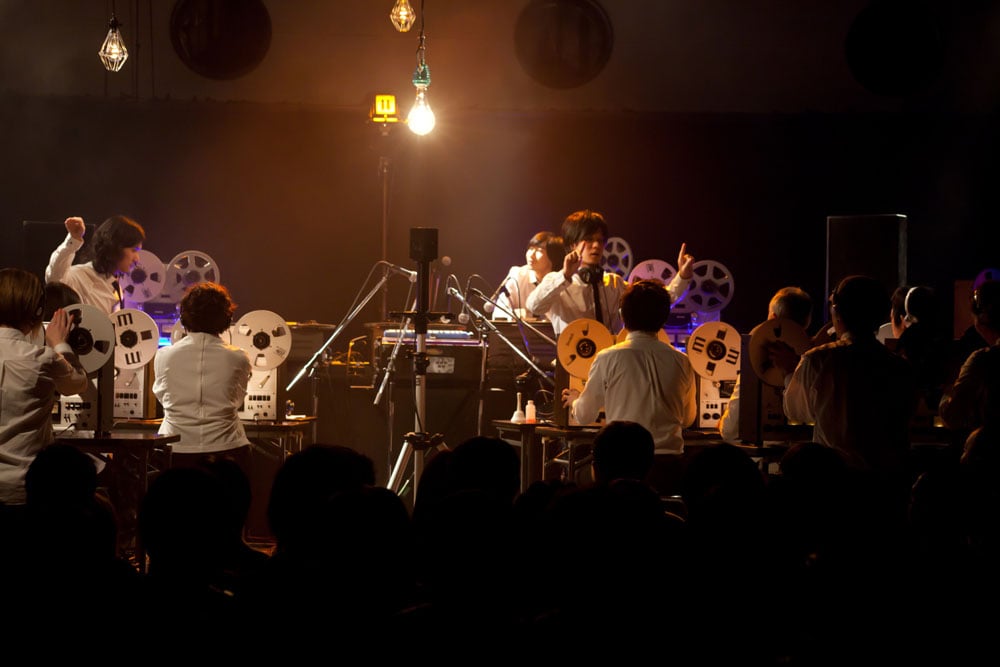 Wada and his colleagues have a particular interest in using technology to coax out unexpected sounds from mundane household objects, like outdated electronics and even ventilator fans. But a few years ago, Wada accidentally plugged a sound cable into the composite video connector port of one of those old CRT televisions, turning sound into an image on the screen.

Intrigued, Wada began to experiment, recording the images with a camera and playing them back as an audio signal. Wada has since refined his system further, connecting the televisions to modified, computer-controlled video cassette decks. Wada describes his role as that of an “antenna”, using the movements of his hands and whole body as a way to modulate the pitch, enabling them to emit different sounds as he slaps away with an infectious beat. 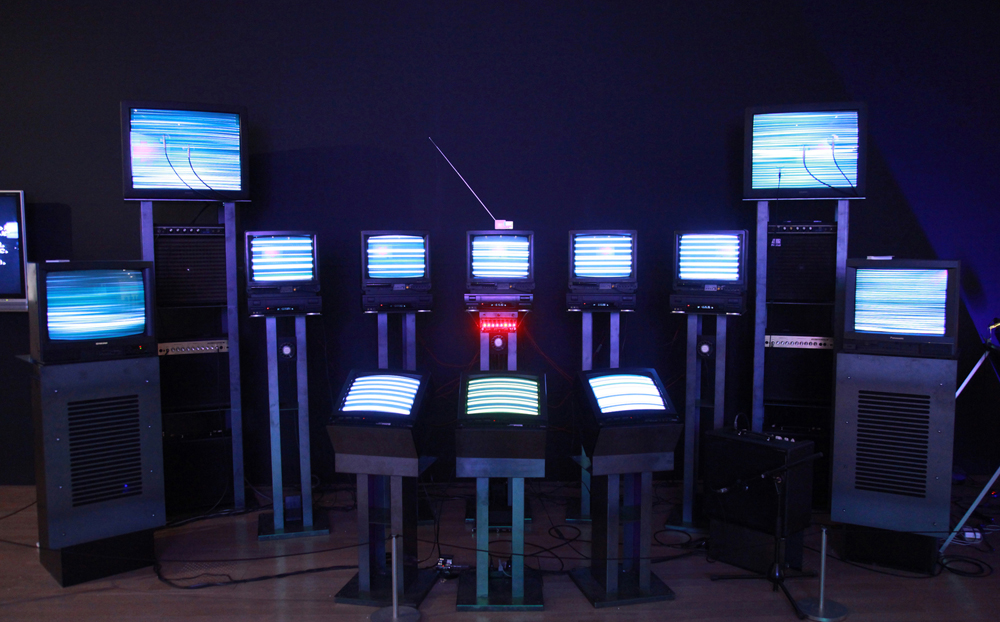 Wada’s projects transcend the typical gravity that comes with such a growing environmental problem. Coming in from an artistic perspective, Wada is uniquely inspired by a passion for creating something new, creative and completely unexpected out of discarded things.

“All these tech objects are a symbol of Japan’s economic growth, but they also get thrown away in great numbers,” said Wada. “It’s good to not just say ‘bye’ to things that are thrown away but to instill old things with new meaning, and celebrate their unique points.”

Of course, reusing electronic waste in such a way probably won’t make much of a dent in reducing the growing amount of electronic waste worldwide, but it may get people to think twice before tossing out old gadgets. While it’s clear that technology can help us accomplish a myriad of practical things, in Wada’s instance it has helped one human interface with abandoned electrical appliances in a way that seems sublimely impractical — allowing him to incorporate them as music-making extensions of his own body, for the sake of creating mind-bending performance art.

SHARE THIS STORY
RELATED STORIES
Platform Engineering Won’t Kill the DevOps Star How We Manage Incident Response at Honeycomb Wellspring of Creativity: Why Public Domain Matters How Will Working in Tech Change in 2023? The Power and Ethical Dilemma of AI Image Generation Models
SHARE THIS STORY
RELATED STORIES
How Jit Builds a Platform Engineering Mindset in the Cloud SRE Housekeeping: Where to Get Started for New Hires Snack Stack: Turning Winter Comfort Food up to 11 CES 2023: Robots, Astronauts, Schwarzenegger and Flying Cars It Happened to Me: How I Suddenly Owed AWS $13,000...
THE NEW STACK UPDATE A newsletter digest of the week’s most important stories & analyses.
The New stack does not sell your information or share it with unaffiliated third parties. By continuing, you agree to our Terms of Use and Privacy Policy.