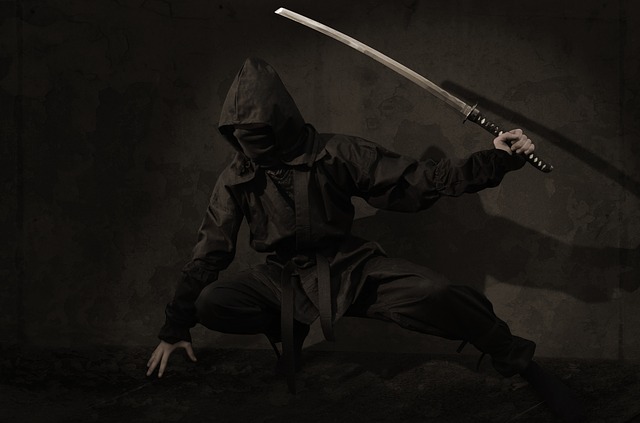 Where will we find our next generation of programmers? Chances are they’re already online now — and some of them may even be participating in a fun new programmer-vs-programmer competition.

Hundreds of people participated last weekend in an online “CodeWarz” competition, according to the event’s Twitter feed, which touts 6,117 code submissions (and 2,112 “solves”). And the event was started by four young men who apparently met in an organization which takes the honing of skills very seriously — the U.S. Army.

Codewarz was “designed by and for active duty cyber soldiers to sharpen computer programming and coding skills,” A West Point news site reported. Ars Technica pointed out that the program was created by the soldiers during their spare time, “and is not connected to the military.”

This weekend’s competition was open to anybody online, though it’s still interesting to note that at least one of the web site’s four admins served in the Cyber Protection Brigade, part of the U.S. Army’s seven-year-old Cyber Command. CodeWarz originally started offering fun on-site competitions at places like the U.S. Military Academy prep school (as well as various college campuses). The West Point news site reports CodeWarz has been holding live events four times a year since 2015, and held the first one for the students at the U.S. Military Academy on January 21st, in a coder showdown that involved 45 cadets (and seven faculty members).

But the events have now also moved online, and they’re taking an approach that’s easygoing and fun. “The best way to become a better programmer is by, well, programming,” the site explains in a section about its philosophy. “We created codewarz as a vehicle to challenge programmers at all experience levels in a fun and competitive fashion.”

“Through gamification (and healthy competition), learning to code can be fun.”

And while the site has historically been invitation-only, last weekend was the first time that the competition was finally opened up to anyone. “Weekend code warriors prepare to clash in Codewarz,” wrote Ars Technica’s IT editor, adding “Pick your language and take on programming challenges for fun and coder cred.” And after the event was over, CodeWarz announced graciously that everyone who participated could request an account on the main set. “Thanks again for coming out, you guys/gals were awesome!”

They were expecting a few dozens participants — somewhere between 20 and 50 — and instead got nearly a thousand.

There were 705 code solutions submitted for their first challenge — “hello_world” — although only 478 solved it. Solving the “hello_world” challenge was worth 10 points, though later the contest’s most difficult challenge was worth 250 points. There were 25 challenges in all, but CodeWarz warned participants to watch out for tricky corner cases — like input with blank lines or extra spaces, and numbers that are negative (or with several digits after the decimal).

For example, one of the early challenges was named Argumentative and asks participants to write code which simply parrots back every optional parameter entered when the code was executed. (Hint: “This challenge does not provide you with the number of arguments you should expect. Instead, your solution should be able to print one-to-many arguments to the screen…”)

That challenge received 847 submissions — only 348 of which were correct.

There were 12 challenges categorized as easy, 11 more that were “intermediate,” and two identified as hard. But as competitors tried to code up solutions to more and more puzzles, CodeWarz also added a community element with a Slack channel equipped with a few chatbots “to keep things interesting.”

wootbot hangs out in the #codewarz-game-channel and lets everyone in the room know when a player’s submission passed, failed, or died while running

And of course, the judges reminded competitors, you’re supposed to actually solve the challenges, and not find the solution by guessing endlessly. “If a challenge should be solved via brute force, it will be marked as such. If you think that’s the only way to solve a challenge and it is not marked as ‘BRUTE FORCE IS NECESSARY’ then you need to rethink your plan. If you are caught attempting to brute force a solution to a non-brute force challenge then the administration will most likely lock your account at the very least, or possibly even remove your access to the game. Tread lightly.”

When all the dust had settled, there was only one online challenger who successfully completed all 25 challenges. (So congratulations, “furt” — the only identifying information supplied by the leaderboard.) Brave furt had pulled ahead of his next-nearest competitor — “thatguy” — who ironically had a perfect score on every single one of the hard and intermediate puzzles… but failed to complete two of the easy ones.

But it sounds like a fun time was had by all, and even the organizers said they really enjoyed it, issuing a hearty thank-you in a post titled “End Game!”

“it was a blast on our side… Found quite a few bugs to squash (list is massive) and got to see how things held up under an entirely unexpected load.” And now they’re already discussing plans for the next competition.

We would like to congratulate our top 10 players! They did an amazing job! We sincerely thank all the players that came out to play in the competition! We have learned so much for all the players, and will help enable us to make the next competition even better! pic.twitter.com/nQhyq9N1O1

One of the site’s administrator’s shares another enthusiastic piece on his LinkedIn page. It reveals that in past competitions, most of the cadets preferred to use Python, although a few used C and PHP. And the cadets with the top three scores were honored with a special trophy made from a (burned out) videogame circuit board.

Lt. Col. William Moody, an assistant professor in the computer science department, was apparently a big fan. “Creative and engaging events like this inspire the cadets to take ownership of their education,” he told the West Point news site. “Competitors were able to flex their programming muscles and exercise problem-solving skills in a fun, competitive, but sometimes stressful environment.

“After it was over, I laughed and told the cadets we had tricked them into learning during their weekend free time.”