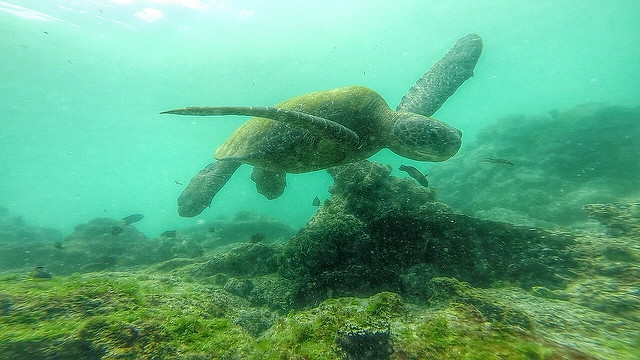 It will be known as Project Tortuga under an Apache 2.0 license. It’s a general-purpose cluster- and cloud-management framework with applications including high-performance computing (HPC), Big Data frameworks, Kubernetes and scale-out machine learning/deep learning environments.

Enterprise customers who have compute farms of several thousand servers doing tasks such as modeling and regression are looking to move HPC workloads to the cloud, according to Gary Tyreman, Univa president and CEO.

Tortuga is a general purpose cluster- and cloud-management framework that automates the deployment of clusters in local on-premise, cloud and hybrid-cloud configurations through repeatable templates.

Handling both virtual and bare-metal environments, it includes cloud-specific adapters for Amazon Web Services, Google Cloud, Microsoft Azure, OpenStack and Oracle Cloud Infrastructure with full support for bring-your-own image (BYOI). It has a built-in policy engine that allows users to dynamically create, scale and tear down cloud-based infrastructure according to changing workload demand. Management, monitoring and accounting of cloud resources are the same as for local servers.

The Wharton School at the University of Pennsylvania turned to Univa Grid Engine and Navops Launch to scale its HPC environment for researchers. It provided seamless integration of the on-premises hardware with AWS compute resources with no downtime. The combo also enables bursting capabilities so researchers can launch as many computationally intensive jobs as they need.

As an open source project, Tortuga could take a number of different avenues, according to Rob Lalonde, vice president and general manager of Navops, including adapters for additional cloud providers, support for new cluster technologies and infrastructure-as-a-service platforms such as OpenShift for bursting to the cloud, web UI and additional capabilities for the policy engine.

The company’s Navops product line is focused on the journey to cloud. The company unveiled Navops Command, an automated workload placement and policy management solution for Kubernetes back in 2016, but HPC workloads have largely been stuck on-premise, Tyreman said. In the past two years, however, migration to the cloud has become a double-digit percentage of the company’s accounts.

Launch consists of a core that uses Puppet to create resource adapters that can speak to can speak to bare-metal provisioning as well as cloud APIs.

The company has created some confusion because a part of Navops Command, which is focused on Kubernetes, also was called Navops Launch. That was part of Unicloud, which involved Puppet system configuration tools, Docker containers, Kubernetes and the minimalist Atomic Host Linux from Red Hat. Navops Command added scheduling and policy management capabilities to the mix.

In a previous post for The New Stack, Lalonde wrote about achieving cloud-native HPC capabilities in a mixed-workload environment.

Navops is a sponsor of The New Stack.

Susan Hall is the Sponsor Editor for The New Stack. Her job is to help sponsors attain the widest readership possible for their contributed content. She has written for The New Stack since its early days, as well as sites...
Read more from Susan Hall
SHARE THIS STORY
RELATED STORIES
The Internet Is Not Reliable, but Planning for It Can Save You Simplify Multicloud Security in 5 Steps ISO Better Scaling, Instacart Drops Postgres for Amazon DynamoDB Pulumi Introduces One-Click Deployments Configure SQL Server Standard Edition for High Availability on AWS
TNS owner Insight Partners is an investor in: The New Stack, Docker.
SHARE THIS STORY
RELATED STORIES
Improving Price Performance Lowers Infrastructure Costs ISO Better Scaling, Instacart Drops Postgres for Amazon DynamoDB Confidential Compute on Azure with Kubernetes Why Cloud Data Egress Is Expensive Amazon Web Services Gears Elastic Kubernetes Service for Batch Work
THE NEW STACK UPDATE A newsletter digest of the week’s most important stories & analyses.
The New stack does not sell your information or share it with unaffiliated third parties. By continuing, you agree to our Terms of Use and Privacy Policy.