Provenance: The Peace of Mind Chef Habitat Seeks to Deliver 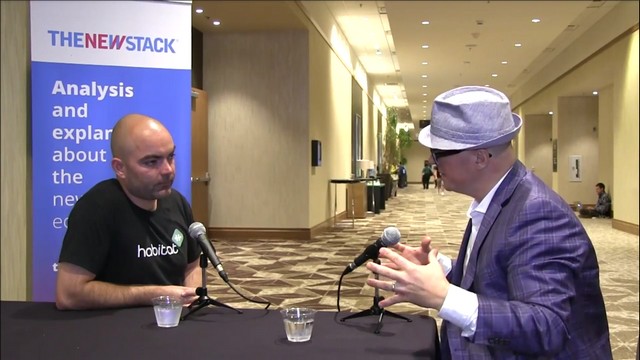 If you understand how your containers are typically constructed before they are deployed into production, then you should have a better comprehension of what components of code go into those containers. That’s the assertion being made by Michael Ducy, Chef Software’s director of product marketing.  Speaking with The New Stack’s Alex Williams at the last ChefConf in Austin, Texas, Ducy put forth a case for reinforcing developers’ comprehension of their code components’ contents through the way they are packaged and managed.

“We think that Habitat has some great benefits in the container world, in making it easier to build containers,” said Ducy. “When you build that resulting container or export it to whatever format you want, you know exactly what’s inside of that object — versus going to Docker Hub and just getting something that you don’t necessarily know who built, or where it came from.”

It is the counter-argument to several assertions we’ve seen made recently, in favor of container inspection tools and policies surrounding their use. One such assertion states that a fixed build process has a tendency to yield variable results, in an environment where conditions applied to that process are constantly changing. Ducy’s argument is that, at some basic level, all components of a container are artifacts. So there must be a base level of standardization that applies to that process in all cases. From there, developers may use Habitat to apply policies that ensure that all component artifacts are authentic and trusted.

Progress is the experienced, trusted provider of products designed with you, our customers, in mind. With Progress, you can build what you need, deploy where and how you want, empower your customers, then manage it all safely and securely.
Learn More
The latest from Chef

“And then, when you build that application based on those artifacts, you would know where that came from,” Ducy remarked, “and have that provenance, of knowing exactly where that object came from.”

Habitat represents both Chef’s roots as a configuration management solutions provider and its future in the continuous automation field. Habitat centers on the application itself, not the infrastructure. It effectively packages containers for better consumption in an orchestrated environment such as Kubernetes — and if that sounds like an extra, added, repetitious, additional redundancy, it actually isn’t when you see it work in the context of distributed automation.

Listen now to Provenance: The Peace of Mind Chef Habitat Seeks to Deliver, the latest edition of The New Stack Makers recorded at ChefConf.

Provenance – The Peace Of Mind Chef Habitat Seeks To Deliver

2:17: Closing the gap between the Midwest and the West Coast in terms of software development.
5:53: Habitat as “packaging for containers.”
6:12: The evolution of Chef and configuration management.
8:18: The use of Habitat in a service provider environment.
13:09: Kubernetes as a Habitat use case.
16:46: Looking ahead to the next three to six months at Chef.