The Pulumi platform, from the Seattle startup of the same name that is focused on managing infrastructure using familiar programming languages, has reached the 1.0 milestone. The company touts its ability to improve productivity, reliability and security as companies seek to modernize their infrastructure and move to the cloud.
Sep 6th, 2019 8:00am by Susan Hall 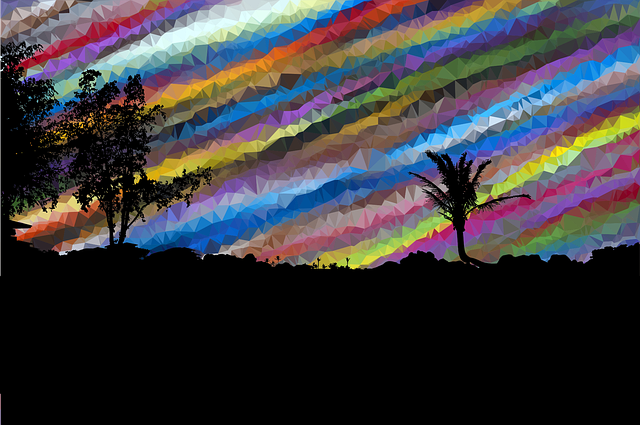 The Pulumi platform, from the Seattle startup of the same name that is focused on managing infrastructure using familiar programming languages, has reached the 1.0 milestone. The company touts the platform’s ability to improve productivity, reliability and security for companies seeking to modernize their infrastructure and move to the cloud.

“We’ve worked with enough companies where we feel that we cover the end-to-end solutions, really gone into production and solved a bunch of hard problems with customers. And so we feel good that the platform is complete,” said CEO Joe Duffy, also mentioning its work on stability, performance and compatibility.

Pulumi offers one consistent approach using “real” programming languages, such as JavaScript, TypeScript, Python, and Go, for containers, serverless functions, APIs, and infrastructure. Duffy previously referred to the company as the “YAML dustbusters” for its ability to condense thousands of lines of code.

It also can keep infrastructure up to date and versioned across cloud providers, including AWS, Microsoft Azure, Google Cloud, Kubernetes, Digital Ocean and others, and provide common tools, workflows and policies, keeping development, infrastructure and operations teams on the same page.

For version 1.0, “we’ve brought all these languages up to parity with one another. Although we started with TypeScript, the JavaScript, we’ve actually found that increasing adoption of Python, especially among operations teams, who maybe are already using Python in their day jobs,” Duffy said.

“We’ve also integrated well into those ecosystems. And so we’ve made sure that testing just works out of the box with your favorite test frameworks. This has been a big area of interest as we work with larger and larger customers.”

Among the new capabilities in Pulumi 1.0:

“With Pulumi, we’re able to develop new infrastructure, change existing infrastructure and more with greater speed and reliability than we’ve ever had before,” said Harrison Heck, head of DevOps at Linio, the largest e-commerce platform in Latin America. “Pulumi has allowed us to simplify and automate our workflow, ensuring that changes that are made have been reviewed the same way that they are for our applications.”

In May, Duffy spoke with The New Stack’s Alex Williams at the KubeCon + CloudNativeCon conference in Barcelona about developers’ and operations folks’ relationship with Kubernetes and multicloud environments.

But he says at least half its customers are not there yet. For many, it’s still a lot of VMs and maybe some containers, but they’re still dealing with very monolithic architectures.

“We’ve invested a lot here to integrate with existing systems, so that customers, we can meet them where they are, but then take them forward, and help them meet their goals around automating delivery,” he said.

Part of this has been also learning how to do this in complex environments.

He called Kubernetes an accelerator to the DevOps movement.

“DevOps as a cultural shift was all about allowing operations teams to automate things better and work more like developers. [What] we’re finding now is, teams are really wanting to break down those silos between the operations team and the development team. And Kubernetes is one catalyst that kind of causes people to take a step back and realize they need to do this, but really enabling developers and operators to work together,” he said.

This is really the main cultural shift that a lot of its customers are trying to make, he said.

“That been a thing that Pulumi is excelling at, but because of our choice of using the general-purpose languages, and increasingly, we’re finding customers that adopt Pulumi want to, scale it to their organization.”

“We’re not trying to abstract over what makes every cloud great, we’re embracing the differences, but really just allowing teams to have one approach that spans all these different clouds, rather than …different sets of tools and services and workflows,” he said.

In June, Pulumi announced Crosswalk for Amazon Web Services, an open source framework that packages the most common patterns for creating and deploying applications on AWS.

Susan Hall is the Sponsor Editor for The New Stack. Her job is to help sponsors attain the widest readership possible for their contributed content. She has written for The New Stack since its early days, as well as sites...
Read more from Susan Hall
SHARE THIS STORY
RELATED STORIES
OpenAI, ChatGPT and the Next Age of 'Build'  Feature Flags Are Not Just for Devs Crypto Winter Puts Dampener on Web3 Developer Growth Netlify Acquires Gatsby, Its Struggling Jamstack Competitor Poisoned Lolip0p PyPI Packages
TNS owner Insight Partners is an investor in: The New Stack, Real.
SHARE THIS STORY
RELATED STORIES
How to Get Started Filling 3.4 Million Cybersecurity Jobs Poisoned Lolip0p PyPI Packages State of the API: Monetizing API Deployment Is on the Rise GPTZero: An App to Detect AI Authorship Entrepreneurship for Engineers: Avoiding Feature Bloat
THE NEW STACK UPDATE A newsletter digest of the week’s most important stories & analyses.
The New stack does not sell your information or share it with unaffiliated third parties. By continuing, you agree to our Terms of Use and Privacy Policy.