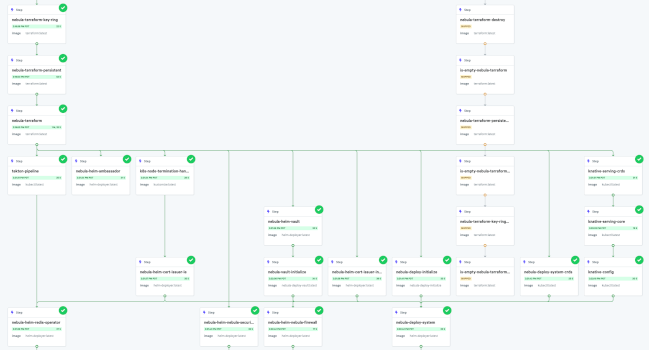 “Pretty much every major functional aspect of the system is pluggable, both by ourselves and by the community. All the specs and APIs are public, and every step of a workflow is something that anyone including ourselves, or including the user community, can build on their own,” said Puppet Chief Technology Officer Deepak Giridharagopal.

Written primarily in Go, the Relay workflow engine makes use of several other open source projects to achieve its goals. First, Ambassador, the open source Kubernetes-native API gateway for microservices built on the Envoy Proxy, handles the ingress of event data. It’s “like a service mesh, but without all of the complexity,” Giridharagopal said. Tekton, the open-source framework for creating CI/CD systems, provides a basic framework for handling workflows. Finally, Knative, the Kubernetes-based platform to deploy and manage modern serverless workloads, runs the workflow steps, all of which are containerized and available on GitHub, explained Alex Bilmes, vice president of growth at Puppet.

“We like to describe Relay as IFTTT or Zapier, but for DevOps,” said Bilmes. “It basically works by listening to all types of external events, whether it be a Splunk capacity alert firing, or a GitHub pull request being merged, or a new ECM instance coming online. From there, we can trigger a workflow that has a number of different steps that customers can arrange in whatever order they desire. A step could be provisioning an environment, or de-provisioning an [Amazon Web Services’] s3 bucket.”

Bilmes explained that users could edit workflows either directly in YAML or by using the visual interface, and the company offered a number of potential use cases, such as deleting underutilized cloud resources across different providers, providing incident response, enforcing security controls, or even automatically provisioning cloud infrastructure and deploying the latest versions of your software. 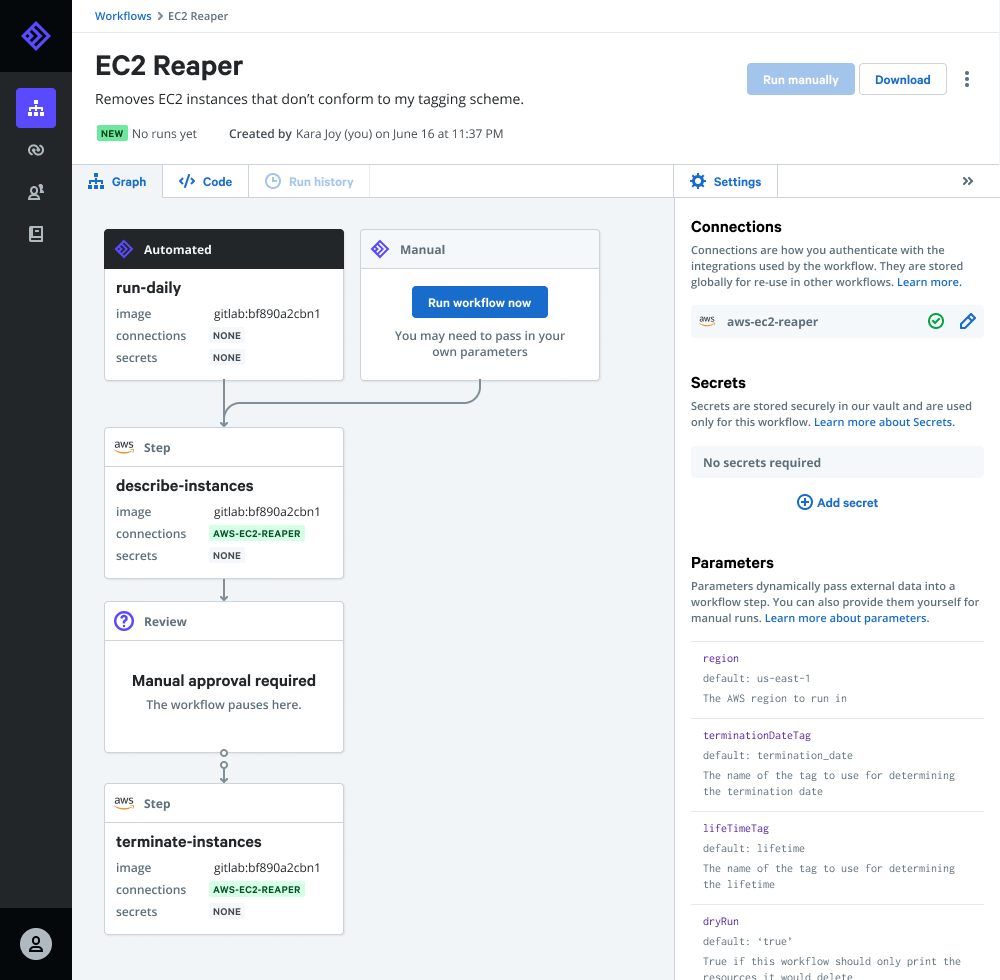 “There’s so many new building blocks out there, so many new APIs, it’s hard to keep up. There’s more choices in terms of how we build things than there’s ever been before. This embarrassment of choice is good, because it gives you a ton of options on how you build stuff, but I do think that there’s a big opportunity out there for people to build tools that don’t necessarily simplify by eliminating choices, but instead help you simplify and understand things by helping you wrap your arms around all the complexity,” said Giridharagopal. “That tends to be one of our governing principles behind what we’re trying to do with Relay. I harbor no illusions that people will shrink the size of their stack or consolidate into a smaller number of things, given how many choices there are, but I still deeply sympathize with their desire to simplify.”