Pure Storage is rolling out a storage-as-code platform and a data services initiative as officials look to expand the vendor’s presence in an increasingly data- and cloud-centric IT world.
Oct 5th, 2021 10:00am by Jeffrey Burt 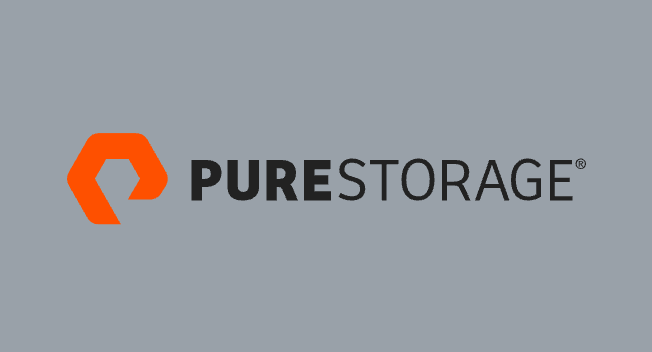 Pure Storage is rolling out a storage-as-code platform and a data services initiative as officials look to expand the vendor’s presence in an increasingly data- and cloud-centric IT world.

The new offerings unveiled recently pull together much of what Pure delivers through its storage portfolio and cloud capabilities onto a single platform and leverages the Kubernetes-based technologies the company inherited when it bought Portworx late last year for $370 million.

The company introduced Pure Fusion, a platform that includes a software-as-a-service (SaaS) management plane that pools storage arrays in cloud-like availability zones, enables easy scalability even in public clouds and automates such tasks as workload placement, provisioning and fleet rebalancing.

The on-demand storage-as-code model comes through an asynchronous and operational API framework, integrating with developer tools like Terraform and Ansible and accelerating provisioning and deployment times. Pure Fusion is designed to eliminate manual back-end work to allow enterprises to rapidly consume storage volumes, file systems and data services like replication.

The platform will first integrate with Pure’s FlashArray//X NVMe and FlashArray//C all-QLC flash storage as well as Pure’s Cloud Block Store. Future integrations will include Portworx and FlashBlade, which is designed to consolidate file and object data.

At the same time, Pure rolled out Portworx Data Services, which officials called a database-as-a-service platform for Kubernetes that automates management and gives DevOps engineers a way to deploy a production-grade data service on Kubernetes and choose from a range of options, including SQL, NoSQL, search, streaming and analytics services.

The data services come at a time when microservices, containers and Kubernetes are becoming more foundational to how modern applications and services are built. Microservices tend to use a variety of data services rather than a single monolithic database like Oracle or Microsoft’s SQL Server, according to Michael Ferranti, senior director of product marketing for Portworx. Instead, modern apps use specialized data services, including SQL options like Postgres and MySQL and NoSQL options like MongoDB, Cassandra, Elasticsearch and Kafka.

“But each of these data services has its own way of being deployed, its own way of monitoring, and its own way of managing backup and recovery,” Ferranti wrote in a blog post. “That puts significant strain on DevOps teams responsible for managing these services. They not only have many database instances to manage but also a large number of database types. As a result, DevOps teams are focused on firefighting deployments and ops rather than delivering innovation. A self-service, on-demand way to provision these critical services make them easily scalable, available, and secure.”

A Push to the Cloud

Pure Fusion, which will be in preview by the end of the year and generally available in the first half of 2022, and Portworx Data Services (registration for the Early Access Program can be found here) are key steps in Pure’s efforts to deliver simple and cloud-like capabilities, according to Steve McDowell, senior analyst at Moor Insights and Strategy.

“One of the biggest impacts that the cloud has brought to the IT world is the expectation that everything can be managed from one screen,” McDowell told The New Stack. “Pure Storage gets that. The company has always focused on usability and simplicity of experience, and [the company’s] announcements just reinforce that.”

In addition, the evolution of IT management “includes a healthy dose of infrastructure-as-code, where an IT administrator can begin to integrate storage provisioning and management into the programmable operations tools that have become the backbone of enterprise IT administration. Pure’s new Fusion plugs right into that environment,” he said.

Pure began life 12 years ago as an all-flash storage provider with its Purity operating system and in recent years has embraced the ongoing shift in IT to multicloud and hybrid cloud environments, including offering its portfolio as a service. It began offering a flexible consumption model for block storage in 2017 and a year later launched the Evergreen Storage Service, making its technology available through subscriptions. The program in 2019 was renamed Pure as-a-Service, offering cloud operations and cloud economics.

Pure’s as-a-service and cloud push fall in line with what other storage and IT hardware vendors are doing in an effort to meet the demand for cloud-like capabilities in on-premises environments as part of large hybrid cloud deployments. Hewlett Packard Enterprise, Dell Technologies, Lenovo and Cisco Systems are among those vendors that have launched initiatives to make their portfolios — including their storage offerings — as services.

Pure has had among the best and most complete management experiences before the Pure Fusion and Portworx Data Services announcements and the updates solidify that standing, McDowell said.

“Other storage vendors tend to segment storage offerings based on class-of-service (mid-range versus enterprise, for example), delivering different products into each of these segments,” the analyst said. “This is an approach that makes it very difficult to streamline manageability and deliver a consistent cloud-like management experience across the entire range of offerings. Many of the bigger storage vendors have different management experiences for different products because of this, which makes everyone’s job just a little bit harder.”

Pure has offered a level of simplicity in its products from the beginning, enabling it to offer a storage and management experience that is consistent across its platforms and into the cloud, according to McDowell. The simplicity goes beyond resource management and into the procurement and delivery model for new storage and services.

The acquisition of Portworx and its Kubernetes-based multicloud platform enabled Pure to expand its data services capabilities and gave it a greater presence in the burgeoning world of Kubernetes and containers. The industry is still working to understand what IT administrators want from these kinds of tools and the combination with Portworx sets Pure in a solid direction, McDowell said.

“I like that Pure has not tried to tie PortWorx too tightly to its storage products,” he said. “The value of cloud-native is the flexibility that it enables for IT architects and administrators, something that can only be truly realized with a platform-agnostic approach. That’s not to say Pure’s not enabling a ‘better together’ play with Portworx and Pure’s arrays — we saw announcements to that effect back in March — but they’re continuing to maintain that independence. That’s good for everyone.”

Share this story
RELATED STORIES
FinOps: The Why, What and How Starburst Strengthens Data Governance Capabilities Kubernetes Applications for Multicloud, Hybrid Cloud Environs IT Pros Trust Open Frameworks and Clouds Over Third Parties Headless CMS Strapi Plans a Platform-as-a-Service
Share this story
RELATED STORIES
VMware Aria Graph Powers New Multicloud Management Strategy Defining the Modern Bare Metal Cloud Starburst Strengthens Data Governance Capabilities Nvidia Intros Large Language Model Customization, Services Aqua Security Puts Its Money Where Its Claims Are
THE NEW STACK UPDATE A newsletter digest of the week’s most important stories & analyses.
We don't sell or share your email. By continuing, you agree to our Terms of Use and Privacy Policy.
Pure Storage is a sponsor of The New Stack
TNS owner Insight Partners is an investor in: Unit.