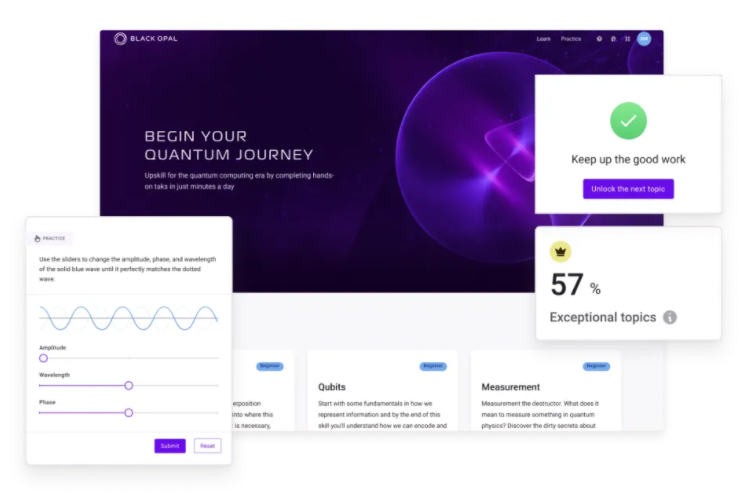 There are growing efforts to bring more programmers, data scientists, engineers and other tech experts into the burgeoning field of quantum computing. There are investments being made in Ph.D. and master’s degrees in subjects like physics and programs aimed at students at the high school level and younger to help feed what will be a fast-growing need for skilled employees in the field.

All those investments are sound and necessary, according to Michael Biercuk, founder and CEO of quantum solutions maker Q-CTRL. However, they’re missing a crucial third constituent, Biercuk told The New Stack.

“What has been left out of this equation are all of the adjacent experts who are not in year six in middle school and are also not looking to go and get a Ph.D. in this field because they’ve been a professional software engineer for 15 years and want to leverage their skills,” he said. “We need those people as much as we need Ph.D.’s in quantum physics or quantum computing.”

To address that group, Q-CTRL this month launched Black Opal, an interactive learning platform that uses visual and animation tools, hands-on tasks, sandboxes for training and a collaborative community to help what Biercuk called “curious technologists” to more easily learn about quantum computing, from qubits (quantum bits) to superposition (a feature of quantum computers where it exists in several separate quantum states at the same time) to the Bloch sphere (a geometric representation of qubit states on the surface of a unit sphere).

These are “people who are maybe undergraduate students, maybe they’re established professional developers or engineers, maybe they’re executives,” the CEO said. “But they want to build insight into this field so they can really take advantage of it and have a strategic advantage. It is part of the skills training gap, but we think it’s a part of the equation that’s been really overlooked.”

Q-CTRL was founded in 2017 with the idea of building control mechanisms to solve such challenges in quantum technology as improving the performance of hardware and accelerating the pathways to useful quantum computers. The company has raised $40.4 million in four years, including $22 million in its latest round in August.

“Q-CTRL specializes in making quantum technology useful,” said Biercuk, who has been in the quantum computing field for two decades. “We are deeply technical. We build infrastructure software that makes quantum computers perform better. We build quantum sensors that allow us to perform new forms of Earth observation or navigation without GPS, all enabled by our special expertise in quantum control. We are enablers of the quantum computing industry.”

Among the company’s customers are IBM, quantum computing company Rigetti and U.S. national laboratories, he said. When gearing up its own workforce, Q-CTRL executives saw a skills gap in quantum computing in their own engineers and developed a series of programs designed to help them get up to speed, many of which have been incorporated and productized in Black Opal.

“We hired front-end engineers and DevOps engineers and back-end engineers for our products, and we needed to get them up to speed at some level,” the CEO said. “All of these different elements came together to motivate us to build this product. Ultimately for us, it’s both a service to the community — it serves a real need for that broader quantum industry — but it also is an important bridge that gets the many people who are excited about this field into our more technical products.”

The quantum computing industry is at a point where progress in hardware is accelerating. IBM this month announced its latest quantum processor called “Eagle” — a 127-qubit chip — and plans over the next couple of years for a new quantum system and chips with more than 1,000 qubits. There also are other established names like Google, Microsoft and Honeywell and a growing list of startups also making gains in the hardware. That said, practical quantum computing systems still could be years down the road. 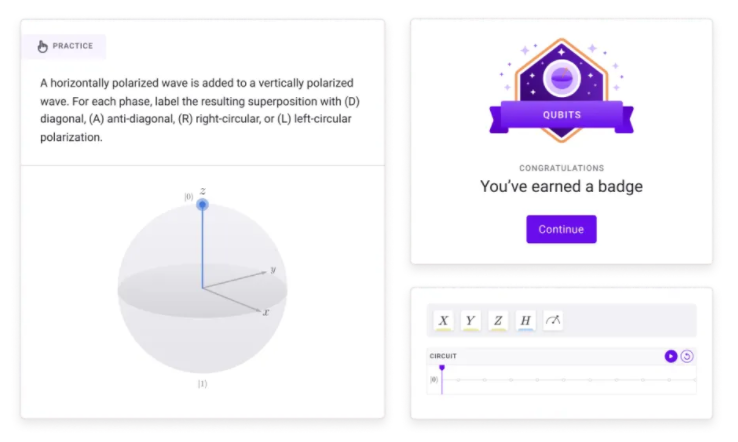 Getting Software Developers Tools in Place

In the meantime, efforts also are underway to get applications and developer tools in place that can be used as quantum computing matures. However, there a range of challenges in quantum programming compared with developing for classical computers, Biercuk said. One of them is the relative newness of the hardware.

“We haven’t gotten to the point where you can completely abstract away the hardware like you can on a regular computer,” he said. “There are many, many more JavaScript developers or Python developers right now who have no idea how a transistor works. Then there are people who really understand the hardware. The development of the hardware is just too immature in quantum computing and right now it takes more knowledge of what’s really going on under the hood to get real practical outputs.”

“They’re under development and right now, all the people who are leading the industry have at least some understanding of what’s happening under the hood,” Biercuk said. “For the people who want a strategic advantage, that knowledge is essential. That’s what we set out to incorporate into our training in Black Opal. It’s obviously quantum programming, but it’s also giving insight into what’s going on under the hood so that you can realistically make use of quantum computers and push the envelope in the algorithm development you’re doing.”

A goal of Black Opal, which is accessible on any browser, is to make everyone involved in quantum computing — software engineers, developers and even executives — conversant in the field so they can make good decisions and good investments in their teams and careers.

The programming is all done in Python, the CEO said, adding that “if you can program in Python, you can program most quantum computers, but you have no idea what you’re doing. It’s almost impossible to make advances in the field without having some knowledge. Q-CTRL and other companies focus very hard on improving the hardware to the point that we can make these abstractions really functional and valuable. But right now, it is utterly essential that you have an idea of what’s going on under the hood.” 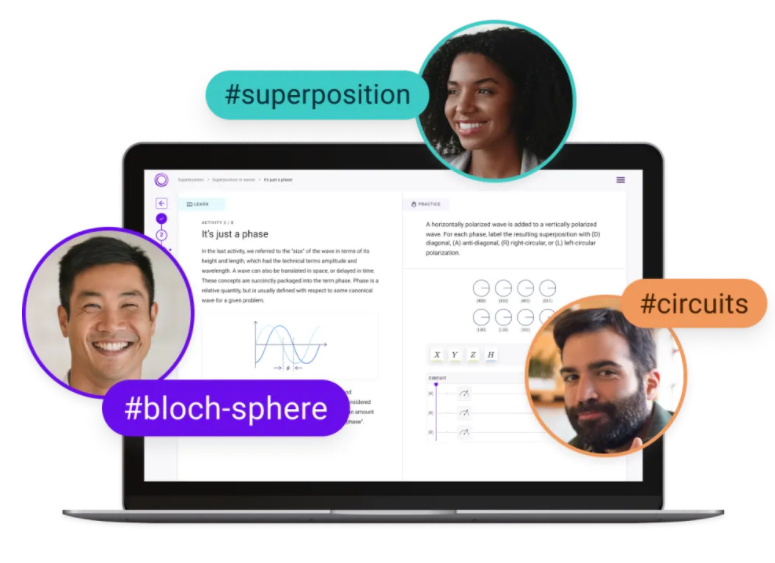 That starts with basic concepts like measurement in quantum computing or superposition or the qubit explained in an intuitive way for people who may have no background in physics. Black Opal was founded on the idea of combining expert-driven content with a product focus, using tools like interactivity, 3D JavaScript and other technologies a modern programmer would expect from a tech education program.

Up to this point, most of the information about quantum physics has come from textbooks and, more recently, YouTube videos for interactivity and multi-media. Q-CTRL wanted to change that, Biercuk said.

“We have the product built with two key kinds of activity,” he said. “One is a learning pathway. You can step through lessons that have detailed content. That content is augmented by interactives. It’s got animation. It has interactive activities and questions and the like. … They’re matched with what we call the practice pathway, which is an open-world sandbox to play with the key skills that you would have developed to the learning pathway.”