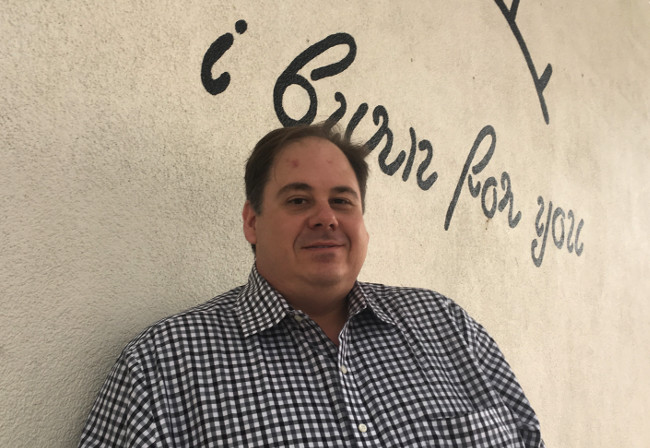 These days, Node.js is under the hood of everything from the web, the Internet of Things and desktop applications to microservice architectures. Node’s 15 million-plus downloads per month, and more than a billion package downloads per week, render it the world’s biggest open source platform.

The Node.js Foundation was started in 2015, under the aegis of the Linux Foundation, to support Node’s ongoing growth and evolution. The foundation represents an open governance of the Node ecosystem, with a steadily growing roster of members from every cohort, from Fortune 500 companies to sole proprietor freelancers.

Just last week the foundation’s board of directors officially named Mark Hinkle as executive director of the organization. Or, as Hinkle described it, “I’ve taken the mask of the Dread Pirate Roberts of the Node.js Foundation — a tongue-in-cheek way of saying I am here to help ensure that Node.js continues to continue to be a healthy, growing ecosystem long after I am long gone.”

It was something of a career side-jump since Hinkle was already serving as the Linux Foundation’s vice president of marketing. Don’t let the marketing title throw you, though — Hinkle has a solid technical background, going all the way back to the 1990s doing tech support for Earthlink (formerly MindSpring), an internet service provider. In between, there were solid stops at Zenoss, Cloud.com, Citrix, and a handful of smaller tech startups, almost always in positions that focused on open source and community issues. Hinkle also served as the editor in chief of LinuxWorld Magazine from 2000-2004.

Two weeks after wheeling his desk chair over to his new office, Mark Hinkle spoke with The New Stack to talk about all things Node.

When did you go live in your new position?

I’ve been at the Linux Foundation for a year and three months, but for the last four of those months, I’ve been sniffing around the Node Foundation. I had been helping out with Node stuff, like finding sponsorships for our Node Interactive conferences, while getting up to speed on everything.

How this all came about? Well, I had been working at the Linux Foundation to promote the world’s largest shared technology collaboration. When I went to Node.js Interactive in Austin last fall, I was immediately taken by the Node.js community. The passion of the individuals participating in it just amazed me. I was so impressed by the unbelievable level of accomplishment of the Node.js project and community, I walked out of the conference and immediately called my boss (Linux Foundation executive director Jim Zemlin) and told him, “I want to work on this project — it’s an incredible opportunity.”

To a lot of us out here in dev land, “Node” means the runtime environment. But you are heading the Node.js Foundation. What is the distinction? 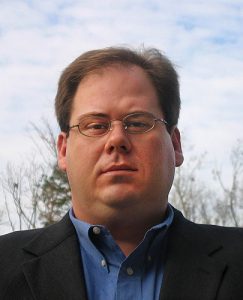 I aggressively went after joining Node because I was so impressed with its progress despite not having a lot of formal structure. [There is this] organic, grassroots growth, with all these people using and creating without support or organization around it. So I want to help all these entities and people — host all the build systems and all the volunteers, organize the conferences, coordinate resources. The foundation serves as a kind of guiding entity that helps nurture this ecosystem.

I see it as, we are not doing the work ourselves so much as supporting and facilitating the Node community’s work, helping to make that collaboration happen.

The collaboration is in two main areas. First, you’ve got the collective intelligence of the ecosystem. All the little bits and pieces that add up to something cool, like all the npm packages that add up to support Node. And second, coordination — getting all those pieces to fit together.  Both the collective and the coordination pieces are essential. Like hosting conferences, providing a place for developers to come together as a community. That doesn’t just happen — it is a lot of work and requires intentional coordination.

How you find the foundation right now — what’s your sitrep?  And where do you hope to take things in the future?

We are starting to get our legs under us. The Node.js Foundation is not that old. We are trying to find that dynamic of how the foundation can bolster the community that has made Node such a raging success.

Short term goal is to set the goals. Just this morning I was going through goals I will propose at next board meeting. ‘This is what I think the goals should be, but I’m the new guy so tell me what you think.’ Over the long term, we will continue working to:

There is a smackdown between different developer factions whether Node.js should be considered a runtime or environment, vs. whether it functions as a minimal framework — do you come down on either side of that debate?

It’s all a matter of perspective. How ‘bout that waffling sidestep?

So, in seriousness, Node is not the end-all solution for every use case. The people saying it is just a runtime have a use case more complex than Node offers. The ones calling it a framework have a use perfectly suited for Node. Twitter’s use case, for example, is very specific, sending millions of messages a day to mobile devices, and Node scales very well to that.

Depending on how you come to Node, it can be like the parable of the blind men coming to see the elephant. If you are a mobile dev, it looks like a mobile dev platform. If you are an IoT person you might see it as a way to enable massively enable that technology, like Skycatch is doing with drones. Coming from the cloud, Node can look like a potential API broker. And so on.

We want people to understand Node is all those things. That Node is the right place to be for those reasons and so much more.

I wrote only one — “Windows to Linux Business Desktop Migration.” A real page turner! It was back in the days when, every year, everyone in our Linux world would say, ‘This will finally be the year of the Linux desktop!’ But a lot of the stuff I wrote about did eventually sort of became true because of Android.

As for reading, I just finished “How to Get Filthy Rich in Rising Asia,” by Mohsin Hamid (which turns out to be fiction, a coming-of-age novel following a desperately impoverished street urchin to wealthy titan of industry in South Asia, rather than something from the “get rich quick at all costs” genre of business books that the title riffs on). The book before that was “Tools of Titans: The Tactics, Routines, and Habits of Billionaires, Icons, and World-Class Performers,” by Tim Ferris. I think I heard about it in one of his podcasts.

What is your out-of-the-office passion?

I am a barbecue nut. I am going to Austin tomorrow, and my fave barbecue in the world is there at the Salt Lick. The rest of the time, I am a big backyard BBQ guy. I like to smoke my own — I have a Big Green Egg smoker/grill sitting outside my office. Thanks to the miracles of technology I can even control the fans on my smoker remotely.

The way that tech gets adopted now is no longer so hierarchical, from the top visited upon the bottom, the users. These days the users are as much in control as the vendors that provide solutions, so there needs to be partnership. It’s no longer ‘Dude download my trial shareware software and go through one of the most unpleasant buying cycles in corporate acquisition and then ultimately be unhappy when your vendor doesn’t provide all the features promised during beta.’

Open source turns all of that on its ear. So we are here to make sure people know what is going on in the larger open source world, how it can all fit together with Node, and to learn from all the people doing all the really awesome things.

I’m really looking forward to showing everyone all the things that Node is, and all the ways you can use it. And getting to tell all the stories — NASA is using Node in space suits now, how cool is that?! I am just so lucky to be here.