Q&A: What’s in Store for the Data on Kubernetes Community 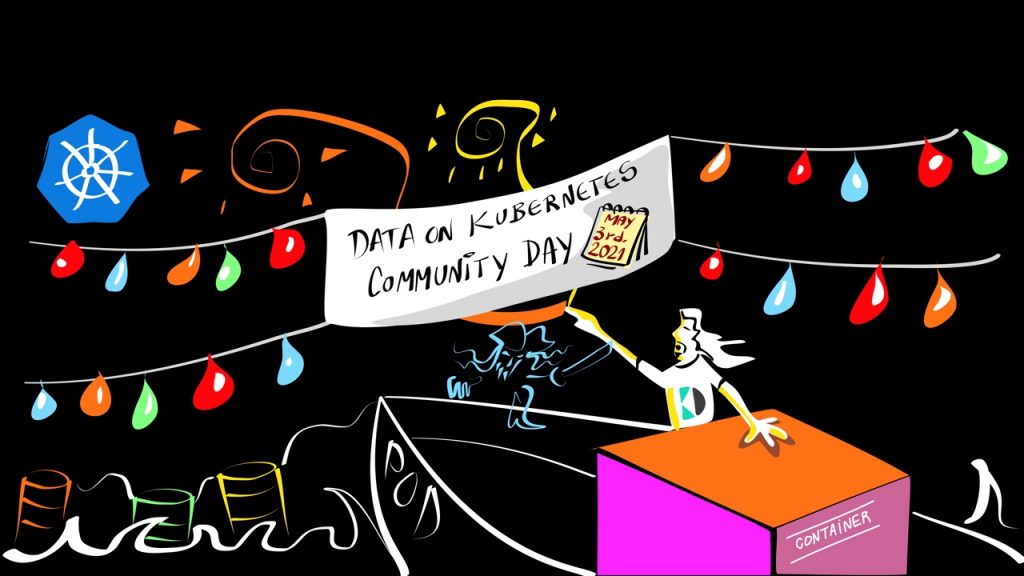 Bart Farrell
Bart is a CNCF Ambassador and is the Data on Kubernetes Community Dynamizer. He has been organizing and leading tech communities for the last six years and is now happily making the DoKC a welcoming home for all.

Last year, MayaData helped to create the independent Data on Kubernetes Community (DoKC) to provide a marketing-free zone for practitioners to compare their approaches to running data on Kubernetes. The first meetup in July 2020 was an interview with Patrick McFadin, vice president of developer relations at Datastax, The DoKC community now has over 500 members, hosts at least two meetup discussions per week, has expanded to multiple languages, and recently became an official CNCF community. It is led by Bart Farrell, a CNCF ambassador and community manager.

Now, almost a year later, any doubts about K8s being ready to take on data will be put to rest on May 3 at 10 a.m. CEST (4 a.m. EDT/1 a.m. PDT) during a special event called Data on Kubernetes Day, a co-located event forming part of the upcoming KubeCon + CloudNativeCon Europe conference. Highlights include:

Please register for the Data on Kubernetes Day at KubeCon 2021.

We took this opportunity to ask the CEO and co-founder of MayaData, Evan Powell, why MayaData helped create the DoKC and what the future holds for the DoKC (and more broadly, for the use of Kubernetes for data).

What do you see as the mission of the DoKC?

Powell: DoKC is free to chart its own course. That said, the mission statement it has published and the statement of principles now in discussion both indicate that the core mission is to provide a safe and welcoming environment for the discussion of approaches to running data on Kubernetes.

Powell: One of the great things about working in open source is that helping to grow the commons is typically good business. While we started the DoKC and have helped to nurture it, paying essentially all of its bills, for example, we do not control it. Perhaps most importantly, while many of the early speakers were naturally OpenEBS users (like Arista, Optoro and others), since that time the leader of DoKC, Bart Farrell, has been able to build an incredible list of speakers through word of mouth. By contributing the DoKC to the CNCF, we are making more explicit this independent governance.

What do you think is on the horizon for the DoKC?

Powell: Perhaps now more than ever, the approaches of those at the frontier of what is possible in the use of Kubernetes and other technologies are far ahead of the approaches and typically the needs of the majority. The DoKC provides a crucial bridge between these innovators and the rest of us. So when a Flipkart talks about fending off Amazon in part through an innovative, highly automated and efficient approach to dynamically providing infrastructure and services to the thousands of highly focused and motivated developers and other engineers within Flipkart, we can all find patterns to adopt and lessons learned about what to avoid as well. How is it they move from physical deployment, meaning a rack of systems powered on and cabled, to workloads getting storage provided with the help of Kubernetes and flavors of OpenEBS and other software, within a matter of minutes? How could this “zero touch” automation enable us all to better utilize our servers or our cloud volumes while avoiding lock-in and, importantly, removing blockers for developers and data scientists?

The outcomes that are possible today can boost the competitiveness of data-driven businesses. The Data on Kubernetes Community has the potential to become the place that collects, curates and helps to combine the techniques, technologies and engineers that deliver those outcomes. The forever idealist in me really hopes it can remain a place where we all collaborate to find the truth and build the future.

To hold onto those ideals will require a strong community with independent governance. There is a lot of money at stake and every proprietary vendor in IT that has anything to do with data is already claiming to add value to data running on Kubernetes and the cloud. I’m hopeful that the DoKC can play a central role in resisting the cloud washing of vendors with massive marketing budgets and legacy technologies.

Powell: Please keep your expectations high. Yes, there are challenges when running data on Kubernetes. However, it is also possible to, for example, eliminate the massive blast radius and management challenges of “shared everything” last-generation technologies by using Kubernetes itself as a substrate for data. Don’t look for parity — demand superiority. The Data on Kubernetes Community can be a place to find better paths forward for us all. Join us and pitch in however you can.

To learn more about all the use cases, solution guides, case studies, whitepapers, webinars and workshops on Kubernetes and storage, follow MayaData blogs.