Quantum Computing Use Cases: How Viable Is It, Really?

Use cases for quantum computing are still experimental, but we're getting closer to commercialization, according to IonQ and GE Research.
Jul 18th, 2022 6:00am by Richard MacManus 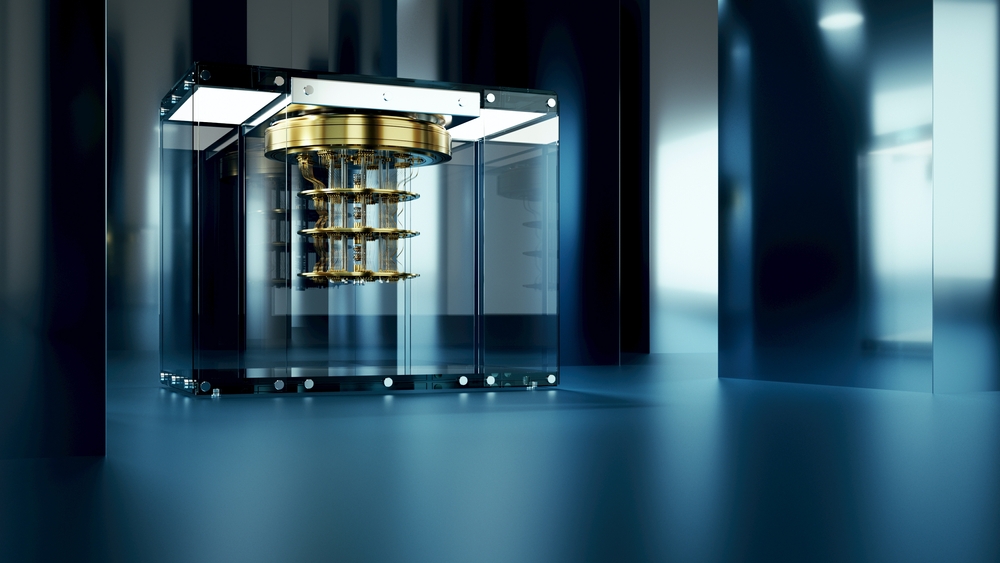 Use cases for quantum computing are still at an experimental stage, but we’re getting closer to meaningful commercialization of the technology. In a new research report, IonQ and GE Research (General Electric’s innovation division) announced encouraging results for the use of quantum computing in risk management — which potentially has wide applicability in industries like finance, manufacturing, and supply chain management.

In a blog post about the research, IonQ stated that “we trained quantum circuits with real-world data on historical data indexes in order to predict future performance.” This was done using hybrid quantum computing, “in which some components of a problem are handled by a quantum computer while others are done by a classical computer.” The results indicated that “in some cases” the hybrid quantum predictions outperformed classical computing workloads.

“…you need to model probability distributions and model complex correlations. And both of these things are things that quantum computers do really well.”

Johri explained that the analysis was done on stock market indices, on which they set out to “model the correlations between them in order to make better predictions.”

“In order to solve a problem like this,” she continued, “basically, you need to model probability distributions and model complex correlations. And both of these things are things that quantum computers do really well.”

When you measure quantum states, “they’re just probability distributions,” she said, and quantum entanglement is what allows you to generate or have access to complex correlations.

Giani, from GE Research (the research division of conglomerate General Electric), added that “it’s not just about the stock market,” when it comes to potential applications for these research findings. “It’s much more than that,” she said. “Imagine supply chain optimization. Imagine if you build an engine, how many suppliers have to come together. What is the risk of each supplier?” Or indeed, measuring the risk of failure for each machine, or machine part, from a supplier.

How the Hybrid Quantum-Classical System Works

I asked how the hybrid model worked for the stock market calculations — which parts of the software program were quantum and which classical?

Essentially, “the classical computer is outsourcing the hardest part of the calculation to the quantum computer,” said Johri.

Both Johri and Giani think that quantum computing will remain a hybrid solution for some time to come.

“Quantum computers are not good for doing one plus one, but they’re really good at sampling from probability distributions,” is how Johri put it.

IBM and others in the industry have cited 1,000 qubits as the level at which quantum approaches can surpass classical computing (the so-called “quantum advantage”). So I asked Johri and Giani how long before the type of risk management calculations demonstrated in their research are available to commercial companies, like for instance GE?

“We are looking at the industrial advantage […] what is it that could push our processes — the way we build things, the way we maintain things.”

“From the industrial point of view,” said Giani, “we are not looking at quantum advantage. We are looking at the industrial advantage, right. So what is it that could push our processes — the way we build things, the way we maintain things. So at this point, we are very focused on use cases.”

Giani added that doing research like this helps GE prepare for a time when quantum computing software and hardware is ready for commercialization. At that point, she said, GE will be ready to put it into production and scale solutions such as the risk management algorithms tested in this research.

On the hardware side, Johri thinks they will need to get to about 50 “high fidelity qubits” before the solution is competitive with classical computing approaches. As of February this year, IonQ had achieved “20 algorithmic qubits (#AQ),” so she said there is still a lot of work to do.

But wait, IBM already has a 127-qubit quantum processor — well above the 50 qubits Johri mentioned. I asked her how IBM’s measurement compares to IonQ’s “AQ”?

“Generally, not all qubits are made equal, and simply counting qubits does not give one the whole story regarding qubit quality or utility,” she replied. “There are many ways to compare the ‘value’ of a system’s qubits, but the best all start with running real algorithms on the system in question, because that’s the thing we actually care about.” She referred readers to this article on the IonQ blog for a more technical explanation.

It’s also worth noting that IonQ has a different way of generating qubits than IBM. Whereas IBM uses superconducting, IonQ uses ions trapped in electric fields.

Climate Change and Other Use Cases

I asked Giani what other use cases GE is looking into for quantum computing?

“We are interested in optimization as a big use case that touches all of our businesses,” she replied. “It can go from optimizing how a machine works, to optimizing a schedule inside the machine shop or global maintenance operations. Chemistry is another set of many different applications. New materials, for example energy storage for PV solar panels. And one particular domain, that touches many applications, that I’m personally interested in — we are pushing it inside GE — is the fight [against] climate change.”

“We are interested in optimization as a big use case that touches all of our businesses.”

As an example of how quantum computing could help fight climate change, Giani mentioned forecasting. “If we could forecast the climate,” she said, “given all the possible parameters, that will be a great advantage to help make a decision. Forecasting the supply of wind, solar and hydro resources will become more important for ensuring a stabilized grid, as more renewable resources are brought online.”

Giani later forwarded me two research articles (1, 2) about climate change and quantum computing, and mentioned an upcoming workshop at IEEE Quantum Week in September on the topic (for any readers who would like to investigate further).

So how will companies in the near future access quantum computing? Johri expects it will be done via cloud computing platforms — much like many of today’s “classical computing” applications. IonQ will be providing the hardware for some of those platforms; as of today, IonQ’s machines are accessible via Microsoft Azure Quantum, Google Cloud and Amazon Braket.

“In the next couple of years, or five years, we’ll see the emergence of higher level quantum programming abstraction software.”

Finally, I asked the pair how easy it is for software developers to get into quantum computing?

Giani replied that GE Research did have quantum physicists on staff when it first began to explore quantum computing four or five years ago. However, she said that nowadays more software developers are getting involved.

“If you are a software engineer with a great level of curiosity [and] an open mind, I think it’s possible,” she said. “You don’t need to be a quantum physicist.”

“Programming quantum computers, it’s at a level that’s even lower than machine code right now,” she said. However, she does expect this to improve. “In the next couple of years, or five years, we’ll see the emergence of higher-level quantum programming abstraction software.”

IonQ itself is focused on the hardware side, but Johri says that “any quantum software that has any traction at all is integrated with IonQ systems, and is being used.”

So there you have it, use cases like risk management — and even climate change forecasting — are starting to become viable for quantum computers. However, it’ll take several more years at least for this to be commercialized by GE and others.

Richard MacManus is a Senior Editor at The New Stack and writes about web and application development trends. Previously he founded ReadWriteWeb in 2003 and built it into one of the world’s most influential technology news sites. From the early...
Read more from Richard MacManus
SHARE THIS STORY
RELATED STORIES
Next.js 13 Debuts a Faster, Rust-Based Bundler How Drupal Fits Into an Increasingly Headless CMS World Kelsey Hightower on Software Minimalism and JS Frameworks Augmented Reality Is the New Frontier — Time to Get Serious about Standards Service Simplifies Natural Language Processing for Developers
SHARE THIS STORY
RELATED STORIES
What Developers Told Us about Vercel's Next.js Update The Challenges of Marketing Software Tools to Developers Jamstack Panel: Multiple JavaScript Frameworks Are a Good Thing How Drupal Fits Into an Increasingly Headless CMS World Software Developer Tool for Quantum Computers Launching Soon
THE NEW STACK UPDATE A newsletter digest of the week’s most important stories & analyses.
The New stack does not sell your information or share it with unaffiliated third parties. By continuing, you agree to our Terms of Use and Privacy Policy.