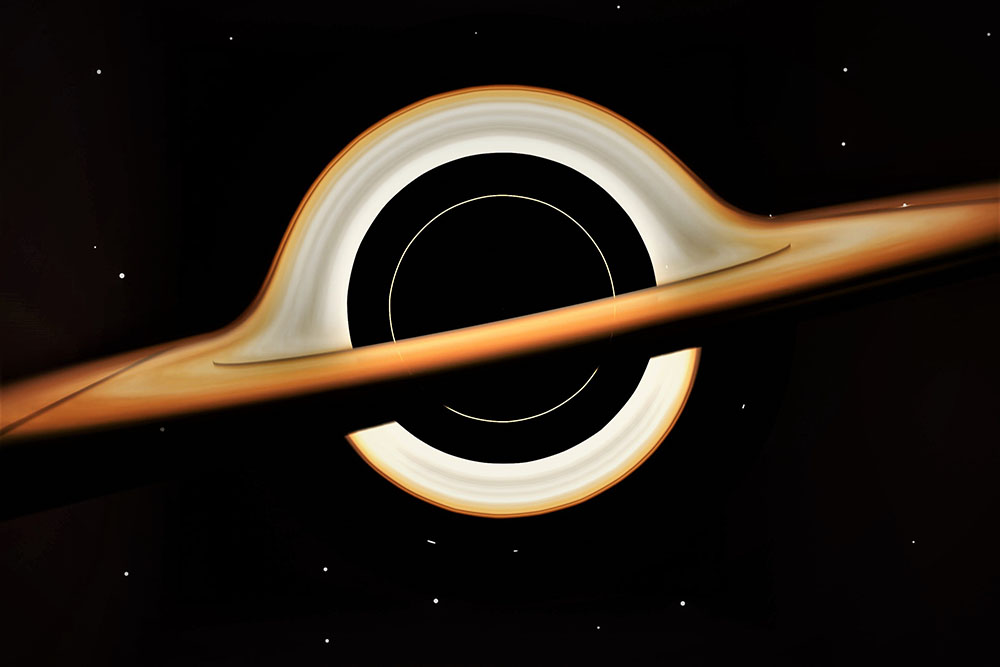 Scientists may now have found a solution to Stephen Hawking’s famous black hole paradox, which has puzzled experts since the 1970s.

A team of researchers from the University of Sussex, University of Bologna and Michigan State University have published two studies proposing that black holes feature something called “quantum hair,” which allows them to break out of this decades-old conundrum that highlighted possible inconsistencies between Einstein’s general theory of relativity and quantum mechanics.

This new work attempts to better integrate these two systems by utilizing new mathematical formulae developed by researchers during the last decade. If the notion of “quantum hair” does prove true, it would be a significant finding for theoretical physics, while eliminating the need to radically rethink how we see the universe — at least, for now.

“It was generally assumed within the scientific community that resolving this paradox would require a huge paradigm shift in physics, forcing the potential reformulation of either quantum mechanics or general relativity,” said University of Sussex professor of theoretical physics Xavier Calmet in a statement. “What we found — and I think is particularly exciting — is that this isn’t necessary.”

According to the laws of quantum mechanics, information that exists in our universe cannot be destroyed, and this conservation of “quantum information” is fundamental to the universe. However, black holes present a challenge to these laws, as black holes are regions of spacetime where gravity is so strong that nothing — not even light — can escape from them. So where does the information that has been sucked into these (supposedly) inescapable black holes go? That question is essentially the crux of Hawking’s black hole information paradox.

The researchers’ first paper, titled “Quantum Hair from Gravity” and recently published in the journal Physical Review Letters, addresses part of this question by showing that there are actually more to black holes than previously thought in classical physics.

Rather than being merely simple objects with a certain mass, speed and rotation, as defined under classical physics’ so-called “no-hair theorem“, the team’s new findings suggest that black holes are actually more complex and ‘hairier’ than general relativity might imagine.

That’s because as matter is sucked into a collapsing black hole, a barely imperceptible imprint — a “quantum hair” — is left in its gravitational field. It is this quantum imprint that is the mechanism for preserving information at the quantum level.

The team used their calculations to compare two theoretical stars that form from different initial chemical compositions, which then collapse into two black holes of the same mass and radii. Working under the notions of classical physics, it would be considered impossible to go back in time to differentiate between the two stars, given the similar final states of the two black holes.

However, the team’s new calculations show that while these two black holes may appear the same on the macroscopic level, they would have slight differences in their gravitational fields on the microscopic, quantum level. Information pointing to what the black holes were initially made of is stored in gravitons, a hypothetical elementary particle that acts as the mediator between the gravitational forces that operate in the field of quantum gravity.

“It turns out that black holes are in fact good children, holding onto the memory of the stars that gave birth to them,” said Calmet.

There are intricate entanglements on the quantum level between the matter that is inside the black hole, and the state of the gravitons outside the black hole. It is this subtle quantum entanglement that makes it possible to “encode” quantum information in the thermal radiation (also known as Hawking radiation) that is emitted from the event horizons of such black holes. Thus, quantum information is shown to be preserved even as a black hole collapses, because Hawking radiation from a black hole is entangled with the quantum state of spacetime itself.

For now, however, it is not possible for the team to empirically test their theory using our current astronomical technology, as such miniscule gravitational fluctuations would evade the tools that are available now. Nevertheless, the team’s findings presents a more consistent way to make calculations for black holes, without having to reinvent both classical and quantum physics.

SHARE THIS STORY
RELATED STORIES
Entrepreneurship for Engineers: Avoiding Feature Bloat Golden Paths Start with a Shift Left A Brief DevOps History: The Road to CI/CD Why 'Explainable AI' Can Benefit Business Wellspring of Creativity: Why Public Domain Matters
SHARE THIS STORY
RELATED STORIES
Wellspring of Creativity: Why Public Domain Matters SRE Housekeeping: Where to Get Started for New Hires Snack Stack: Turning Winter Comfort Food up to 11 The Power and Ethical Dilemma of AI Image Generation Models 2023 Will Be the Year FinOps Shifts Left Toward Engineering
THE NEW STACK UPDATE A newsletter digest of the week’s most important stories & analyses.
The New stack does not sell your information or share it with unaffiliated third parties. By continuing, you agree to our Terms of Use and Privacy Policy.