Here's a new kind of qubit that can be switched between two modes: a stable 'idle' mode that's suited for storing information, and a fast 'calculation' mode for processing data.
Feb 5th, 2021 2:00pm by Kimberley Mok 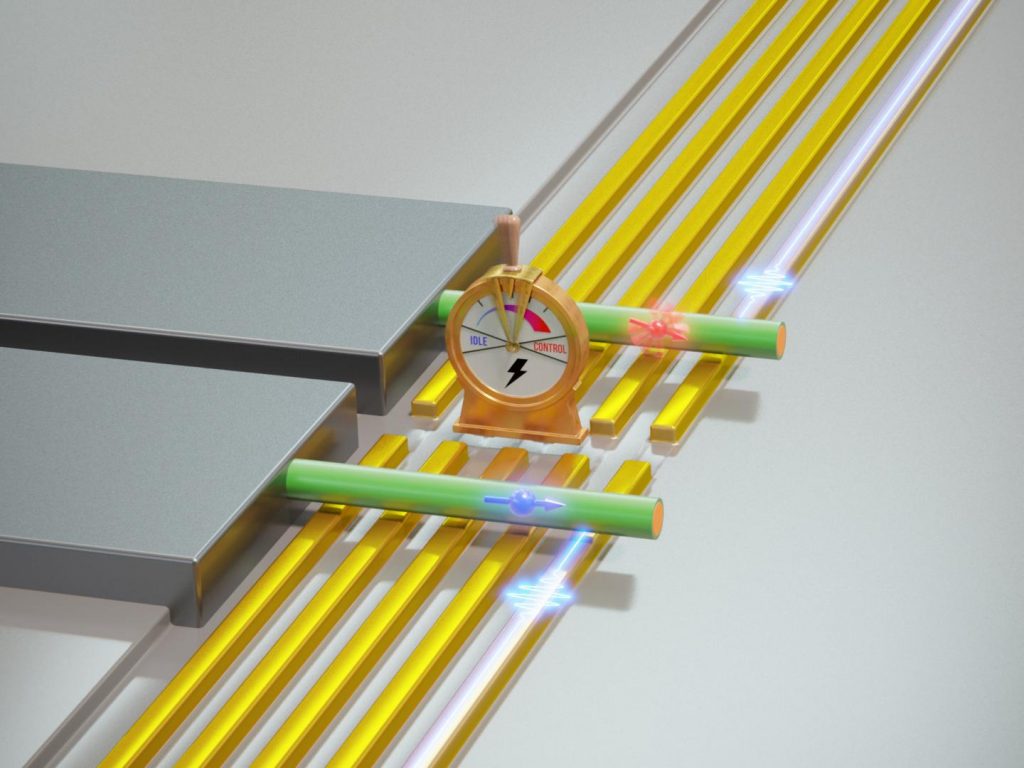 There’s a lot of hype around quantum computers and how they will likely surpass the current limitations of so-called “classical” computing. This is made possible by the fact that quantum computers run according to the seemingly bizarre laws of quantum mechanics. Instead of the binary 1s and 0s of conventional, classical computing, the quantum bits (or “qubits”) of quantum computers can encode information in both states (also known as quantum superposition), making them much more powerful for things like data encryption, or for the next-generation machine learning systems that will underpin the healthcare, finance and research sectors.

But there are still a lot of kinks to work out in this newly emerging quantum domain. For starters, future quantum computers will need some kind of auto-verification protocols, in order to ensure that their calculations are correct. Quantum computers will likely also need to shrink down to a more practical size, and the distances between networked quantum devices will have to be extended beyond what they currently are now.

Researchers from the University of Basel and TU Eindhoven have now added yet another piece to the developing quantum puzzle: a new kind of qubit that can be switched between two modes: a stable “idle” mode that’s suited for storing information, and a fast “calculation” mode for processing data. This new development will help qubits maintain their overall stability, as they can be more vulnerable to external perturbations compared to conventional bits, making them lose what is known as quantum coherence.

“A key challenge in quantum computation is the implementation of fast and local qubit control while simultaneously maintaining [quantum] coherence,” noted the research team in their paper, which was published last month in Nature Nanotechnology.

To create this switchable qubit, the researchers first removed an electron from a semiconductor, made out of a nanowire with a germanium core (seen as orange in the image above) and wrapped in silicon (green). Measuring only 20 nanometers in diameter, these nanowires are extremely thin, meaning the team’s qubit is incredibly tiny as well and therefore, could potentially mean millions (or even billions) of these switchable qubits could be someday packed onto a reasonably small integrated chip. The nanowire lies on electrodes (gold in the above image) that function as quantum logic gates. An electrical voltage can be applied to the gates, resulting in the formation of individual “spin” qubits (pictured as blue and red arrows), which can be altered by microwave signals (depicted above as the blue pulses). The pulses can force the qubits into either a slow mode for storing information (blue arrow) or a fast mode for calculation (red arrow).

“Qubits defined in silicon and germanium quantum dots [man-made nanocrystals] are of particular interest for scaling up quantum circuits due to their small size, speed of operation, and compatibility with the semiconductor industry,” added the researchers.

Here’s a new kind of qubit that can be switched between two modes: a stable “idle” mode that’s suited for storing information, and a fast “calculation” mode for processing data.

The removal of this negatively charged electron from the germanium and silicon semiconductor results in a “hole”, as well as an overall positive charge — a “spin.” This so-called “hole spin” forms the basis for the team’s switchable qubit, which can then be changed from a slow to fast state by applying an electrical charge, as well as having the ability to adopt both an “up” and “down” state. Moreover, compared to ordinary bits these “holes” can be better coupled to electric fields, or selectively coupled to other spins by tuning to a resonant frequency. The result of the team’s experiments showed that the spin-flipping times approached near 1 nanosecond — setting a new record for a single-spin qubit and bringing the clock speed closer to what one might expect from a conventional computer.

“We extract[ed] a spin-orbit length that is extraordinarily short and electrically tunable,” said the team. “This control allows us to optimize our qubit for speed of operation.”

According to the team, not only will this switchable qubit help mitigate the problem of quantum decoherence, but it will also make it possible to selectively control and link up a much greater number of qubits than ever before — meaning that a powerful, yet reliable quantum computer may very well be on the horizon.