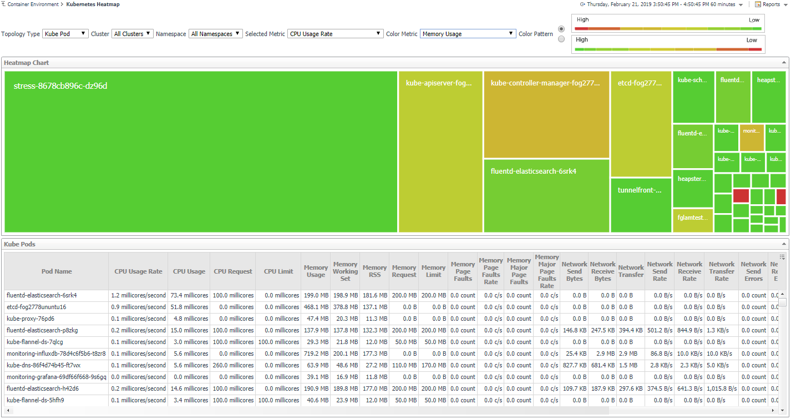 For Quest Software’s lead technology evangelist Adrian Moir, who has been in the IT industry for more than three decades, containers are new primarily in name. For many of Quest’s 130,000 companies across 100 countries, however, containers are the next big thing, but they likely haven’t made the leap quite yet. According to a recent Cloud Foundry report, 38% of respondents are already using containers, another 43% are evaluating or using containers in limited deployments, and half of the respondents say that they expect to be using microservices within the next two years.

Numbers like this are the reason that Quest, a provider of IT support tools such as Foglight for Virtualization, is looking to help organizations to adopt containers with its newly-released Foglight Container Management, which the company asserts that it “provides real-time and historical analytics of containers and its hosts across physical, virtual and cloud environments” and acts as “a common toolset for all stakeholders to see containers in-context with supporting infrastructure,” according to a company statement.

“What we’ve done with the Foglight Container Management is to think of containerization slightly differently. We’ve looked at it in a context of the infrastructure,” said Moir in an interview. “To understand the performance of your basic containerized application is going to be dependent on the infrastructure. In the context of containers and infrastructure, we can now actually see which machines are using too much memory or too much network or both. We can pull out the information of what’s going on inside that and surface it.”

Foglight Container Management exists as an independent add-on tool that adds an additional layer of visibility into containers and microservices while also working with and alongside Quest’s other tools, such as Foglight for Virtualization. Foglight Container Management is able to provide monitoring into both Kubernetes and Docker Swarm via APIs, providing data on the various layers of containers — clusters, nodes, pods — and displays this data in a Container Heat Map and Container Scatterplot.

The heat map “provides a view into real-time and historical usage of resources (containers, clusters and hosts) and makes it simple to catch resource hogs” while the scatterplot “allows users to pivot Docker hosts, clusters and containers across any collected metric by three different dimensions.” In addition, Foglight Container management, when used alongside Foglight for Virtualization, helps administrators to performance metrics for both VMs and containers to determine whether supporting infrastructure is impacting container performance. 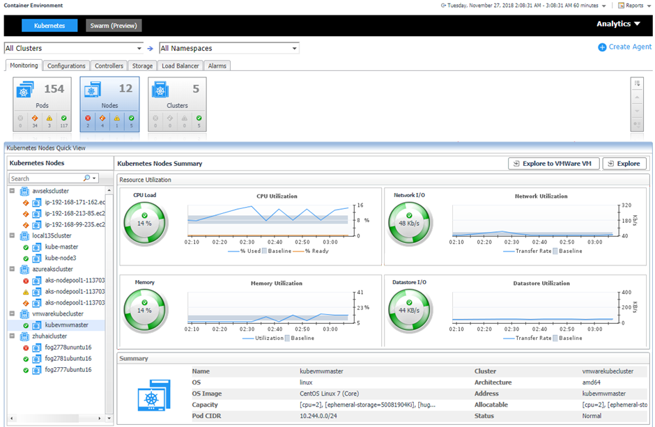 “IT organizations increasingly aim to modernize application deployment and management through the use of containers, but many have trouble managing containers at scale as it has typically required using disparate tools to do it well,” said Moir, in a company statement. “With Foglight Container Management, IT teams now have access to real-time and historical container analytics in one place, giving these teams the monitoring metrics needed to effectively drive successful and sustainable container deployment strategies.”

In an interview, Moir explained that Quest also provides tools to help its customers determine whether or not they should be moving their workloads or staying where they are.

“We can look at costs that are being accrued and, using machine learning and AI, say that, with your current growth rate or change rates or the way that you’re changing your workloads in various areas, we can predict cost levels for cloud or on-prem. You can see what’s coming down the line and before that kind of journey happens,” said Moir. “For people that are transitioning, this is really ideal to have that kind of juxtaposition of the traditional versus the new to see how well one performs against the other and see where the issues are in the new stack.”

Moir compares the current ecosystem to the boom of virtual machines years back, explaining that innovation can lead to a disconnect, leading to a need for tools like Foglight Container Management.

“It’s kind of like going back to virtualization like 10 years ago when people were just throwing VMs on everything and everything’s great and then everything, all of a sudden, grinds to a halt,” said Moir. “We’re getting to the point now with containers where they’re becoming easy to do and straightforward to scale, and then all of a sudden we’ve got this disconnect between the DevOps guys and the infrastructure provisioning guys.”