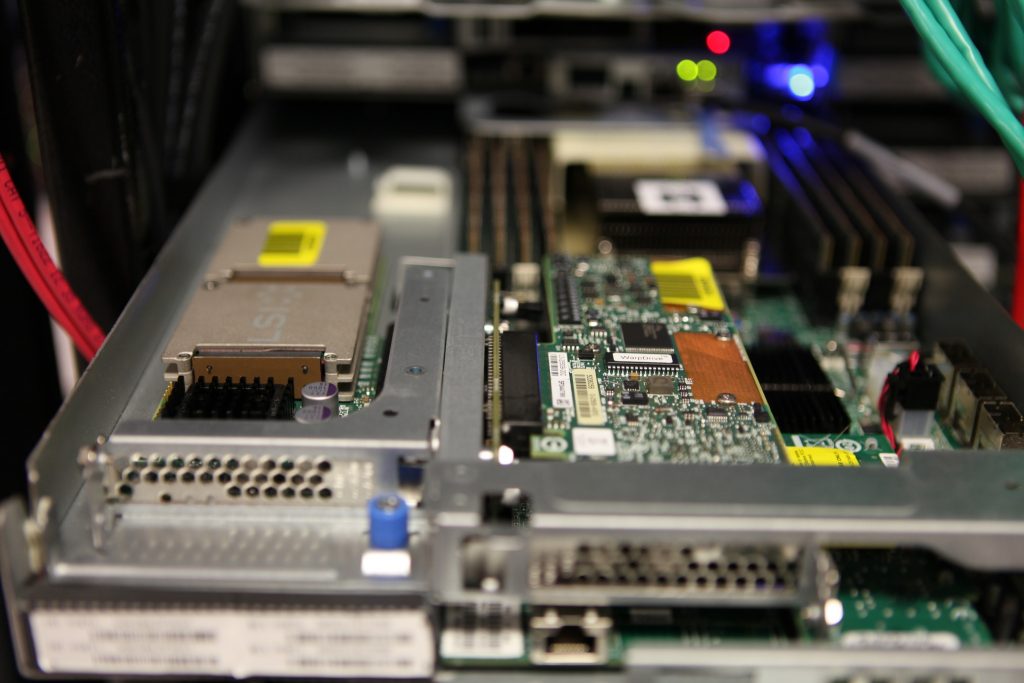 There is a window opening in the cloud services market. It’s a window that won’t be open forever, but right now the open source community is building a network of technologies that will influence the market for some time to come.

The latest example comes from Rackspace which today announced OnMetal Cloud Servers into limited availability and as an open source project.

The OnMetal Cloud service is reminiscent of what a new stack really means as the window opens for new technologies that make for faster app development and automated infrastructure. It’s not a “cloud only,” service but one that can run in cloud and co-located environments.

OnMetal Cloud Servers are designed to be programmable as an API-driven service. For example, it can help companies that are scaling, said Paul Querna, director of corporate strategy for Rackspace in an interview at the Structure Conference. If a company is doubling compute every six month and they only need 200 on metal instances, that’s a lot better than doing a significant larger  deployment of VMs. It simplifies the management when growing like that. Everything has to work better when growing. The OnMetal Cloud Server helps reduce the variances. These variances include the competition for share services which can affect latency and raw performance. In a virtualize environment, the tooling and other technologies have to be optimized as the number of VMs increase. Monitoring, for example, would ordinarily take significant engineering time away that needs the talent to better the competitive differentiator. But running without hypervisor technology means disk and network performance can get a boost.

It’s this capability to combine cloud services and hosting that is growing as a way of managing apps on a sophisticated and fast infrastructure. OnMetal Server runs in a single-tenant environment.  Customers pay on a per minute basis. The single-tenant service can be connected to other services in the data center that may be more distributed in nature. This might mean the customer using a mix of services such as an object store or virtualized servers for test and development with Rackspace OnMetal.

OnMetal Cloud is using OpenStack and OpenCompute technology. The servers are all SSD that run on 10-gigabit networks. They are built for databases with performance and low-latency. It has a lot of I/O, making it usable for data analytics processing technology such as Cassandra or a a NoSQL database such as Postgres or MongoDB.

The single-tenant technology can runs on CoreOS, which orchestrates Docker containers. The container factor is important. If this were to be done with hypervisor technology, it would require hundreds of thousands of VMs. Instead, a company like Pantheon can use Linux containers as one giant unified platform. It is efficient through the multi-tenant platform it uses with containers on top of dedicated infrastructure.

CoreOS is a Linux-based OS that orchestrates Docker containers. The OS updates automatically without the customer having to update manually. Once OnMetal is live, a customer will be able to provision instances on Rackspace’s OnMetal cloud and run CoreOS. The combination gives customers the ability to spin up containers with automatic updates, and the horsepower that comes with running on bare metal.

This is the kind of innovation that is starting to really drive the cloud services market. It’s open source, it’s designed for fast development and performance. That’s a powerful combination in this next generation of new stack infrastructures.

But it’s not the only way. There is plenty of proof from Amazon Web Services that a shared environment running VMs can be quite efficient and powerful enough to run a high performance service like Netflix.  The Xen hypervisor has overhead but it has been developed over the years to run tens of thousands of workloads with a level of unprecedented satisfaction.

Alex Williams is founder and editor in chief of The New Stack. He's a longtime technology journalist who did stints at TechCrunch, SiliconAngle and what is now known as ReadWrite. Alex has been a journalist since the late 1980s, starting...
Read more from Alex Williams
SHARE THIS STORY
RELATED STORIES
Generative AI: How Companies Are Using and Scaling AI Models Netlify Acquires Gatsby, Its Struggling Jamstack Competitor State of the API: Monetizing API Deployment Is on the Rise How New Sony AI Chip Turns Video into Real-Time Retail Data Boost Customer Engagement with Real-Time Data
TNS owner Insight Partners is an investor in: Docker.
SHARE THIS STORY
RELATED STORIES
OpenAI, ChatGTP and the Next Age of 'Build'  Azure Went Dark How New Sony AI Chip Turns Video into Real-Time Retail Data OpenSSF Aimed to Stem Open Source Security Problems in 2022 GPTZero: An App to Detect AI Authorship
THE NEW STACK UPDATE A newsletter digest of the week’s most important stories & analyses.
The New stack does not sell your information or share it with unaffiliated third parties. By continuing, you agree to our Terms of Use and Privacy Policy.