Rafay Wants to Provide a Simpler Way to Deploy on Kubernetes 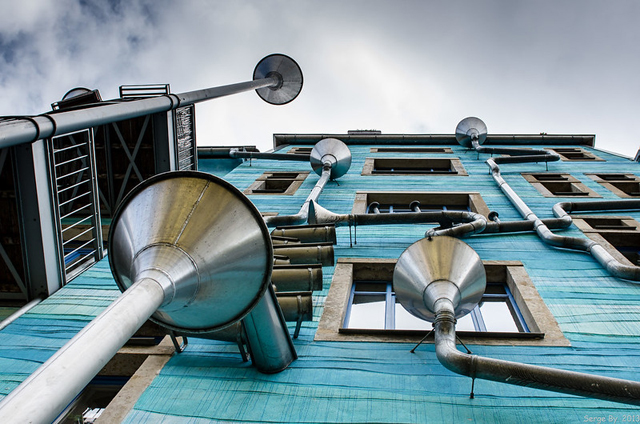 Deploying applications on Kubernetes is just too complicated, said Haseeb Budhani, CEO and co-founder of Rafay, echoing a common refrain these days:

“I think there’s a dark underbelly to infrastructure as code. It’s getting too complex,” he said. “We need an abstraction layer so any company — not just Facebook and Twitter — can adopt these technologies and be up and running fast.”

The Sunnyvale, Calif.-based Rafay offers a SaaS-based automation layer for lifecycle management of containerized applications on Kubernetes, as a SaaS offering.

It provides the things that most companies have to build themselves when running on Kubernetes beyond just choosing a cloud:

“We thought, ‘What if we took 80 percent of the work, the backlog of what DevOps teams have to do anyway, and made it available to them as a SaaS offering?’ Rather than [doing this], they can focus their time on building value for the company,” he said.

Budhani and co-founder Hemanth Kavuluru experienced building all this themselves with their previous company Soha Systems, which was acquired by Akamai in 2016.

“We have lived through this problem as consumers of this technology,” he said. “We thought, ‘Wow, this is painful. Who else has this problem? Somebody needs to solve this problem.’ As it turns out, that somebody is us.”

Most companies don’t have staff that understands Kubernetes and struggle to hire people that do. Meanwhile, as Dark co-founder Paul Biggar, most recently pointed out, the list of technologies that DevOps people need to know keeps growing longer, pointing to the 455 tools in the cloud native landscape map.

“Companies that are building a product are focused on building that product and don’t think that much about the mechanism that enables delivery of that product,” Budhani said.

But delivery has become the focus of myriad companies, including Chef, VMware, Rancher, Dark and others aiming to bring innovative tools to the process, as has happened on the CI side of continuous integration/continuous delivery (CI/CD).

An array of companies are looking at ways to address the same problem, he said, but the real competition today is do-it-yourself.

“Our perspective is that maybe it’s not the right thing to do for every company. For Facebook at Google, may it’s an advantage to build this thing. But if you’re a typical enterprise, is this really where you want to be spending your dollars or would you rather be spending it on building [value] for your company?” he said. 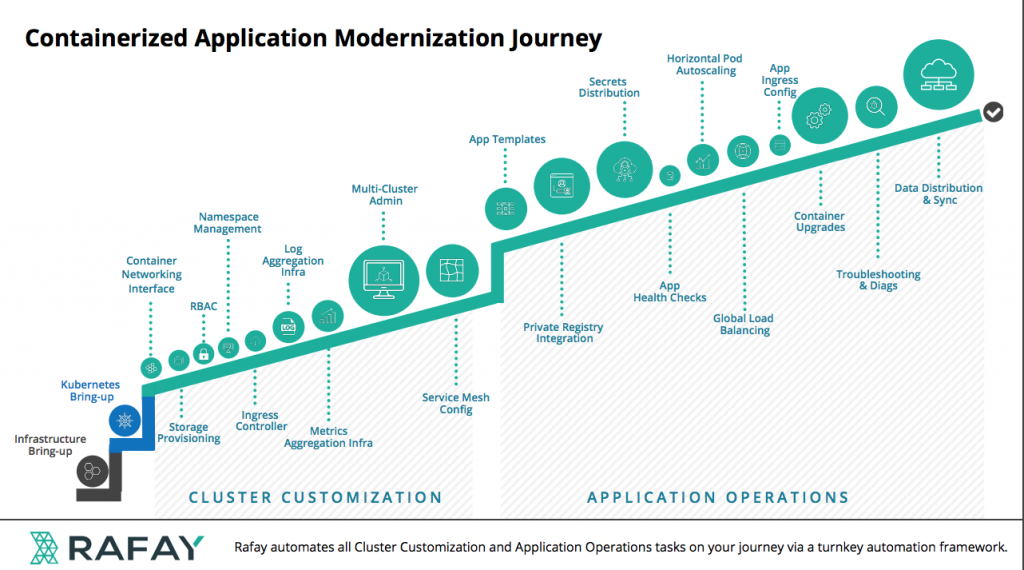 This platform starts after CI. Rafay does not offer a Kubernetes distribution. It can run on any cloud or on-prem.

As a SaaS offering, Kubernetes clusters are registered on the website by the user. You identify the location of your code. Separately you build and deploy automation from your continuous integration system, such as Jenkins or CircleCI.

“You point your containers to the Rafay platform and tell it at a very high level what you want to accomplish: I’m an application in a front-end container. I have a backend container and a database. I want them to talk to each other in this way. I want to scale them in this way,” Budhani said.

“One of the things we provide is if you don’t understand Kubernetes and you don’t want to deal with YAML, you don’t have to. You can describe all this and we will write the YAML for you. It knows how Prometheus works, how pods work in Kubernetes. It’s designed to be used by a developer who doesn’t want to think about Kubernetes, but at the same time, if you’re at a sophisticated company, we manage YAML, but Helm charts also.”

Its customers include Japanese mobile telecommunications company NTT Docomo, which also is one of its investors, and SonicWall, a network security vendor.

Rafay recently partnered with Red Hat and D2iQ (formerly Mesosphere). It has open sourced some performance tooling and is working through a  body of code that will simplify application and cluster management and blueprinting for Kubernetes and Kubernetes-resident apps to be open sourced likely early in the new year.

In announcing a recent $8 million Series A round for the company, Ben Metcalfe, principal at Ridge Ventures and founder at WP Engine, said,

“Rafay represents a successful, experienced team bringing innovation to a market ripe for disruption. Just as Amazon created an entire cloud industry based on unifying and abstracting disparate open source tools, we see parallels for revolutionizing software automation, management, and app distribution. We believe Rafay has a major role to play in that transformation.”