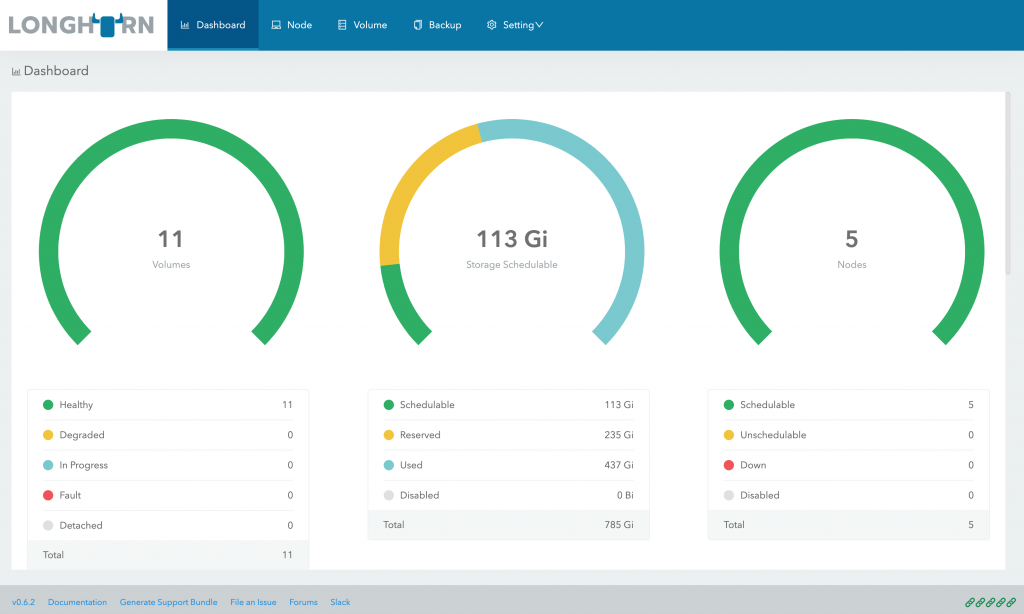 “I think it’s a win-win. it’s a great win for the community because Longhorn is just fantastic technology and it’s the kind of technology that CNCF needs to further popularize technologies like Kubernetes. So, that’s great for the CNCF,” said Rancher Labs CEO Sheng Liang in an interview with The New Stack. “It’s also good for Rancher, because we have our hands full working on K3S [lightweight Kubernetes distribution] and Rancher. Rancher is not going to be a storage company. We have our hands full just monetizing and building the enterprise Kubernetes platform itself. By making it a part of the CNCF, we can attract a lot more people to use it.”

Gluser and Ceph were “designed to be run by some storage admin. In the Kubernetes world, a lot of these things tend to be deployed by DevOps teams, so [the storage layer] needs to be a lot more lightweight and a lot simpler.” — Rancher Labs CEO Sheng Liang.

Sandbox-level CNCF projects are the earliest of three levels and are intended to progress to incubation and finally graduation levels. As a sandbox project, the CNCF’s goals are to increase the project’s visibility, facilitate alignment with other projects, nurture the project via CNCF Service Desk requests, and to remove possible legal and governance obstacles to adoption and contribution.

While Liang acknowledged that there is other storage software out there for Kubernetes providing persistent storage, both open source and proprietary, he said that a key distinction for Longhorn was ease-of-use and simplicity. Longhorn is written in just 30,000 lines of Go and is built on existing Linux storage technologies, which he said not only makes it more accessible to end-users, but also to developers who want to contribute to the project itself. 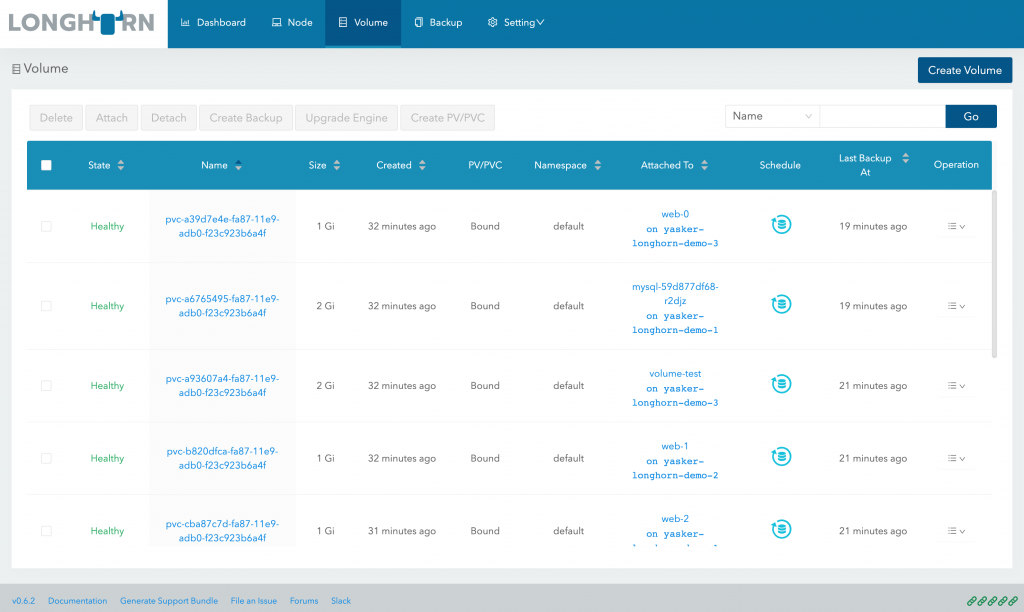 “Before Longhorn was ready, we were actually using Gluster a little bit and it didn’t quite suit our needs. A lot of people in the community also tried to use Ceph. These are very good and very, very mature, and very powerful open source storage systems,” said Liang. “If there’s one thing that’s slightly unsatisfactory, in my opinion, it’s that they are a little bit complex. It’s kind of designed to be run by some storage admin. In the Kubernetes world, a lot of these things tend to be deployed by DevOps teams, so it needs to be a lot more lightweight and a lot simpler.”

Among the highlighted features said to make Longhorn easier to use than other solutions is this user interface, which “exposes a storage class for easy provisioning of replicated volumes” and offers “visibility into storage volumes, but it also helps teams understand the Kubernetes workload that created the volume,” according to a company statement. Furthermore, Rancher notes that “Longhorn can be installed and upgraded with a few clicks, without needing to first read all of the documentation to understand every nuance.”

Longhorn is available on GitHub under the Apache 2.0 license.

Mike is a freelance writer, editor, and all-around techie wordsmith. Mike has written for publications such as ReadWriteWeb, Venturebeat, and ProgrammableWeb. His first computer was a "portable" suitcase Compaq and he remembers 1200 baud quite clearly.
Read more from Mike Melanson
SHARE THIS STORY
RELATED STORIES
4 Ways to Use Kernel Security Features for Process Monitoring What Is the Docker .env File and How Do You Use It? Managing the Cost of Kubernetes Testkube Moves to the Cloud in Beta Release Kubernetes Needs to Take a Lesson from Portainer on Ease-of-Use
The Cloud Native Computing Foundation is a sponsor of The New Stack.
TNS owner Insight Partners is an investor in: The New Stack.
SHARE THIS STORY
RELATED STORIES
DevOps: Kubernetes Help Desk or Self-Driven Innovation? Rethinking Java @Scheduled Tasks in Kubernetes DevPod: Uber's MonoRepo-Based Remote Development Platform Data, Analytics and AI: What Will Happen in 2023 Kubernetes App Deployment from the Command Line
THE NEW STACK UPDATE A newsletter digest of the week’s most important stories & analyses.
The New stack does not sell your information or share it with unaffiliated third parties. By continuing, you agree to our Terms of Use and Privacy Policy.