Rancher Labs is Building a Platform for Docker Containers 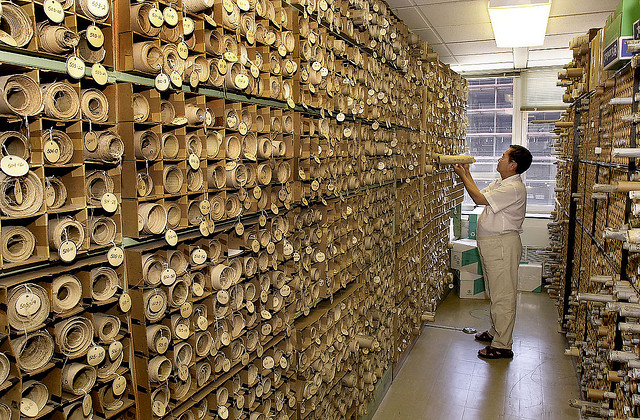 The folks at Rancher Labs are getting the band back together. They’re teaming up with systems integrator Redapt, just like they did when they were running Cloud.com. This time, the goal is to create a hyper-converged infrastructure platform for containers.

They aim to greatly simplify and reduce the cost of building private infrastructure stacks for containerized workloads by defining an application packaging and runtime standard.

Redapt and Liang’s previous company, Cloud.com, previously worked together around 2011 on building a private cloud for games maker Zynga, one of the largest at the time, Liang says.

The traditional method is to build the cloud, put in virtualization, then run containers on top, but “with hyper-converged infrastructure, we’re eliminating a lot of complexity and layers,” he said, resulting in a turn-key, easy-to-manage platform.

While most people run containers on virtual machines and in the cloud – and he doesn’t see virtualization going away – “… in some circumstances, when people run things in their own data center at scale, they want to get the last bit of performance out, they want to have more control over resource scheduling, then it makes sense to eliminate some of the additional layers to improve performance, improve resource utilization.”

“In [this platform], RancherOS and Docker run on bare metal, but we still have to manage virtual machine workload because a lot of these users still have legacy workloads that can’t be containerized yet. It may be running in Windows or an old version of Linux.

“We still support KVM, but we don’t manage KVM separately anymore. We just run KVM inside a container, so the management stack is effectively the same. The management stack you use to manage containers, you can also use it to manage KVM. They’re effectively packaged as Docker images. That’s how we manage some of the backward compatibility with virtualized workloads. But a separate layer of virtualization has been eliminated. There’s no more layer like CloudStack, OpenStack. If you want a virtual machine, we just run it in a container – and that’s not anything new. Google has been doing that for many years.”

This platform, according to the company:

Incidentally, it doesn’t have a cool name – it’s just the “hyper-converged infrastructure platform.” Liang said the container market doesn’t seem ready for an all-in-one packaged option like previous proprietary software suites. His customers tend to be companies running their own data centers who don’t want to build their own cloud, he said, without naming any.

“We’ve deliberately made it more flexible because some prospective customers have very specific requirements, even down to the make and model of the server. What’s important is that we made the experience smooth,” he said.

These are very nascent technologies. Its Rancher product has been in beta since June. The company plans to make it generally available in the first quarter of 2016. It plans a general availability release for RancherOS, which Liang describes as not at the beta stage yet, and the hyper-converged infrastructure platform during the first half of next year.

Docker’s announcement of a plug-in model for networking and storage was a boon to Rancher Labs, Liang said.

“Networking is the first problem to be solved with containers,” he said. “[Version] 1.9 helps us a lot. Originally, Docker did not have plug-in frameworks, and we had to do a lot of behind-the-scenes work, hacks [with Rancher on networking] to get it to work,” he said.

It designed its persistent storage services to be one of those plug-ins. The company explains that Rancher can be used to:

The company has been working with software-defined storage vendors to make deployment and storage management easy with Rancher, Liang said.

Everything around infrastructure, including networking and storage, has been “an afterthought and they’re treated as bolt-on features,” Gou Rao, Portworx CTO, said of Docker when unveiling its storage software for hosting stateful applications in Linux containers.

Though Docker announced Flocker from ClusterHQ as its first storage partner, rival vendors have been lining up.

And Red Hat just announced support in its Atomic Host Platform for plug-ins for its Ceph and Gluster storage options as well as that of several yet-to-be-named third parties.

While Flocker is mapping between external storage and containers, Rancher is mapping directly from SD storage running as containers to other containers, as Mike Matchett, senior analyst and consultant at Taneja Group explains it, noting that he has not been briefed on Rancher. And, of course, container-hosted SD storage needs to be mapped to persistent storage somewhere at some point.

“There are several ways to now try to skin the container storage cat. The good news is that the container world now has some very interesting storage architectural approaches and options. The challenging part is that its not clear which solution provides the most robust, reliable, and performant IO,”  Matchett said.

He pointed out that we’ve learned from virtualization that while storage and IO channel abstraction/isolation have great benefit, it also complicates visibility, troubleshooting, performance optimization and capacity planning.

“It’s interesting to talk to container world purists, who might still insist that container architectures are intended for relatively stateless microservice hosting, and putting persistent storage into them goes against principles.  But then the practical IT world starts considering hosting all kinds of workloads in containers,” he said.

“The potential benefits of the container approach are huge, so I fully expect container architectures to keep evolving quickly to support, and maybe even supplant more and more virtual machine use cases.”

Susan Hall is the Sponsor Editor for The New Stack. Her job is to help sponsors attain the widest readership possible for their contributed content. She has written for The New Stack since its early days, as well as sites...
Read more from Susan Hall
SHARE THIS STORY
RELATED STORIES
The Next Evolution of Virtualization Infrastructure Data, Analytics and AI: What Will Happen in 2023 Container Security: A Troubling Tale, but Hope on the Horizon Docker versus Kubernetes: Start Here WebAssembly vs. Kubernetes
TNS owner Insight Partners is an investor in: The New Stack, Docker.
SHARE THIS STORY
RELATED STORIES
Data, Analytics and AI: What Will Happen in 2023 Top 5 Considerations for Better Security in Your CI/CD Pipeline Kubernetes Needs to Take a Lesson from Portainer on Ease-of-Use How to Deploy Containers with nerdctl Docker versus Kubernetes: Start Here
THE NEW STACK UPDATE A newsletter digest of the week’s most important stories & analyses.
The New stack does not sell your information or share it with unaffiliated third parties. By continuing, you agree to our Terms of Use and Privacy Policy.