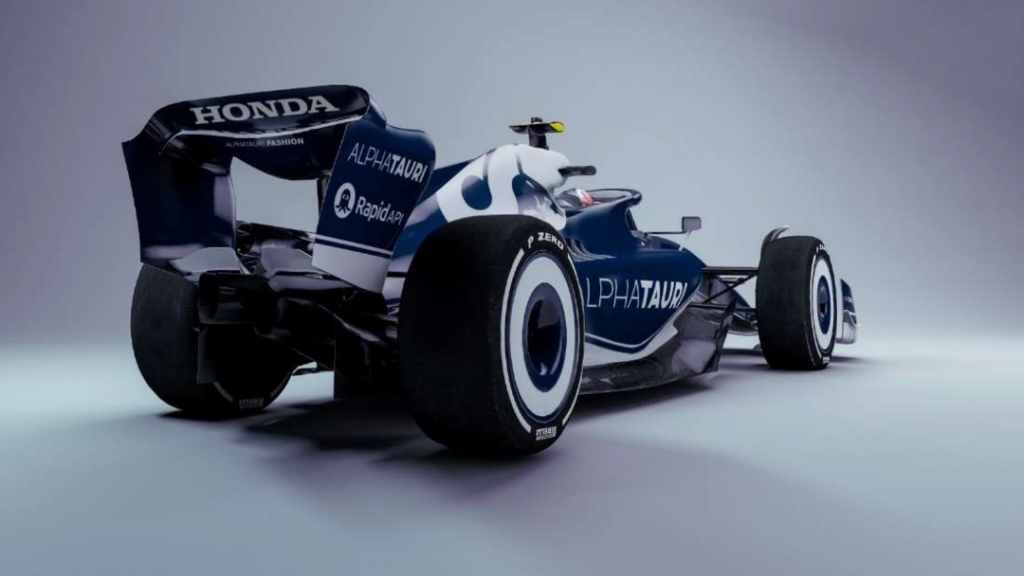 RapidAPI, an API management company that became a Silicon Valley unicorn (worth over $1 billion) after its most recent venture capital round last month, has announced “a major multiyear partnership” with Formula 1 team Scuderia AlphaTauri. RapidAPI says the partnership will enable Scuderia AlphaTauri, whose current drivers are Pierre Gasly and Yuki Tsunoda, “to centralize and standardize their internal APIs and data using RapidAPI’s Enterprise Hub.”

I interviewed Iddo Gino, founder and CEO of RapidAPI, to find out how his company is “making Formula 1 a truly API-driven industry.”

So what is the role of APIs in Formula 1? Well, as you’d expect, modern Formula 1 racing cars are heavily reliant on software and real-time data. Formula 1 also has masses of rules, which are ultimately turned into code for the teams. The International Automobile Federation (FIA), the regulatory group that sets the rules for Formula 1, provides standard libraries of code to each team and gives them the same amount of time to develop and customize their vehicles.

When discussions with Scuderia AlphaTauri began last year, Gino told me, he was initially surprised by how much of a role data analytics plays in F1.

“The amount of data that we can collect from the car and then bring back in real-time to make decisions on-the-fly, on the track, about when we want to do a tire change, what treads you want to go on, how to fine-tune the instruments, and so on and so forth,” he explained. In addition to the real-time data analytics, there is also the data teams analyze to “make better decisions between races.”

Scuderia AlphaTauri’s developer team is responsible for building and customizing hundreds of APIs, including for developers on the track, on the IT team, and in performance groups. Gino said that currently, the team has “a few dozen APIs” running on the RapidAPI platform, but that “the goal is to make the platform kind of the hub for all of their different API assets.”

I asked Gino how APIs are used by Scuderia AlphaTauri during a race?

“Every car that’s on the track is producing gigabytes, if not terabytes, of data every race minute,” he replied. “So that communication [from] the track, that’s an example of an API. That can be stuff like the temperature, engine speeds… I’m not a car expert, but it’s a lot of metrics. And then there are also a lot of APIs that basically feedback [to the car] and enable them to take action on the track. And if you actually look now, you’ll see [that] every team has a bunch of these engineers sitting around with iPads, where they can basically control a lot of different variables. All of that communication is performed via APIs.”

To help process this mass of data in F1, specialized software applications are developed by each team. According to Raffaele Boschetti, Scuderia AlphaTauri Head of IT, the team will “design, simulate and set up the car using different software, many of which are bespoke applications developed over the years using in-house code.” They also aim to provide “top-quality software available at the track to support our engineers and gain an important competitive edge.”

In addition to the race-day software, Gino added that Scuderia AlphaTauri also produces bespoke software for their fans.

“One of their major goals is obviously, let’s get a car on the road or on the track and make it be the fastest car out there,” he said. “But it’s also engaging with a huge fan base that wants to, you know, get real-time stats and updates, and track the race in real-time. And they’re creating a lot of bespoke digital experiences around that. And a lot of that is, again, taking those same APIs that they have, using that data, and then bringing it into the iOS app and the website and the social experiences.”

As a fairly recent F1 fan (yes, I was converted by the Netflix series Drive to Survive!), it intrigues me that APIs are now heavily used in the sport. I’m hoping that in next season’s Drive to Survive, we get to hear directly from some of those iPad-toting engineers.

Richard MacManus is a Senior Editor at The New Stack and writes about web and application development trends. Previously he founded ReadWriteWeb in 2003 and built it into one of the world’s most influential technology news sites. From the early...
Read more from Richard MacManus
SHARE THIS STORY
RELATED STORIES
Planning User Roles for Your Application Six Signs You’ve Got an API Sprawl Problem 5 Ways to Improve Your Web Application and API Security How to Build an API-Centric Digital Architecture Improve the Quality of Your APIs with Spectral Linting
SHARE THIS STORY
RELATED STORIES
What TNS Readers Want in 2023: More DevOps, API Coverage 5 Ways to Improve Your Web Application and API Security What Is APIOps? (In Less than 500 Words) Not All Superheroes Monitor APIs. Here Is Why They Should The Dos and Don‘ts of API Monetization
THE NEW STACK UPDATE A newsletter digest of the week’s most important stories & analyses.
The New stack does not sell your information or share it with unaffiliated third parties. By continuing, you agree to our Terms of Use and Privacy Policy.