Why the Raspberry Pi Foundation Merged with CoderDojo 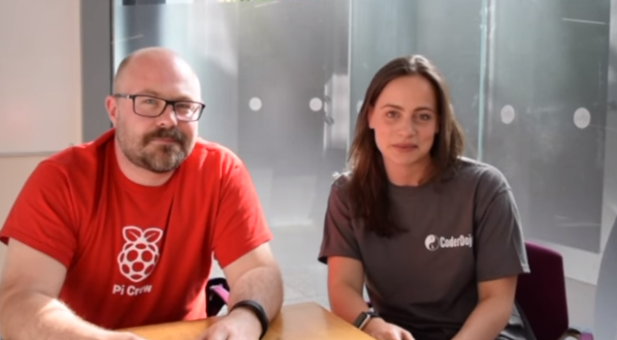 When it comes to teaching people how to code, the Raspberry Pi Foundation has helped itself to another slice of pie.

Continuing its evolution into a global educational power, last week the U.K.-based charity announced it would be taking a board seat with CoderDojo, a group offering local coding clubs aimed at educating young students. Its move, the Foundation’s CEO, Philip Colligan, hopes “will give many more young people all over the world new opportunities to learn how to be creative with technology.”

Both groups have a long record of sincerity about their mission to teach. Founded in 2011, CoderDojo was launched in Dublin by two self-taught programmers who wanted to create a good environment for young developers to learn. They quickly drew some powerful supporters. CoderDojo has more than 9,000 volunteers around the world.

In 2015 Salesforce partnered with CoderDojo, giving them a $200,000 grant and training 70 Salesforce employees to become mentors at 14 CoderDojo clubs. It has since expanded into 69 countries, with a total of 1,250 free programming clubs being attended by 35,000 “ninjas” between the ages of 7 and 17.

With this new merger, the two parties hope to have four times that number over the next two and half years — 5,000 clubs by the end of 2020.

The Raspberry Pi Foundation has also come a long way since its founding in 2009. By last September the U.K. charity sold over 10 million Raspberry Pi single-board computers. When announcing that milestone, co-founder Eben Upton reflected on the mission getting more people studying computer science at Cambridge: “[W]e hoped that we might revive some of the sense of excitement about computing that we had back in the 1980s with our Sinclair Spectrums, BBC Micros and Commodore 64s… Thanks to you, we’ve beaten our wildest dreams by three orders of magnitude, and we’re only just getting started.”

So education is also baked into the Foundation’s roots. Last September it launched several educational outreach programs. The Foundation’s initiative Picademy has since trained over 540 educators in the U.S. and the U.K. There’s also Skycademy, a special two-and-a-half day event aimed at demonstrating teaching techniques using a Raspberry Pi and a high-altitude balloon. In November the Foundation had taken a role with Code Club, which has over 1,000 programming clubs in 70 countries.

So maybe it was inevitable that the two groups would join forces someday. The founders of CoderDojo see it as a natural fit. “Many Dojos are already familiar with and are also a part of the Raspberry Pi community as educators, tinkerers and enthusiasts,” wrote CoderDojo executive director Giustina Mizzoni. “Finding an organization with which the CoderDojo core values and ethos align so deeply, is a once in lifetime opportunity.”

In this “merger,” the two organizations will work together on their shared goals of education.

In an interview with TechCrunch, CEO Colligan also predicted new economies of scale from combining their efforts, as well as opportunities to learn from each other. “One of the most attractive aspects from my personal point of view is CoderDojo’s strong presence in the developing world,” he said.

Both groups stressed that nothing about their core mission was changing. CoderDojo even emphasized that its volunteers aren’t required to convert all their programs to Raspberry Pi, given that hardware neutrality is “a shared value with the Raspberry Pi Foundation,” Mizzoni explained.

It’s interesting to speculate how much of this happened organically, as the two groups kept crossing the same paths. In announcing the merger, Colligan cited a Dublin event last June where hundreds of young builders demoed their projects during a CoderDojo “Coolest Projects” event.

“As we walked around the venue we grew more and more impressed by the projects on show,” remembered Raspberry Pi’s community manager, Ben Nuttall. He saw lots of inspiring work by young builders, including a retro gaming console and “plenty of robots.” A year later, it was clear it had also made an impression on Raspberry Pi’s CEO.

“From eight-year-olds who had written their first programs in Scratch to the teenagers who built a Raspberry Pi-powered hovercraft, it was clear that CoderDojo is already making a huge difference,” he wrote last week.

And their joint video announcement also ended with a reminder that this year’s Coolest Projects event will be held in Dublin on June 17th.