KubeCon Pancake Podcast: Real Stories About the Shift from Monolith to FaaS 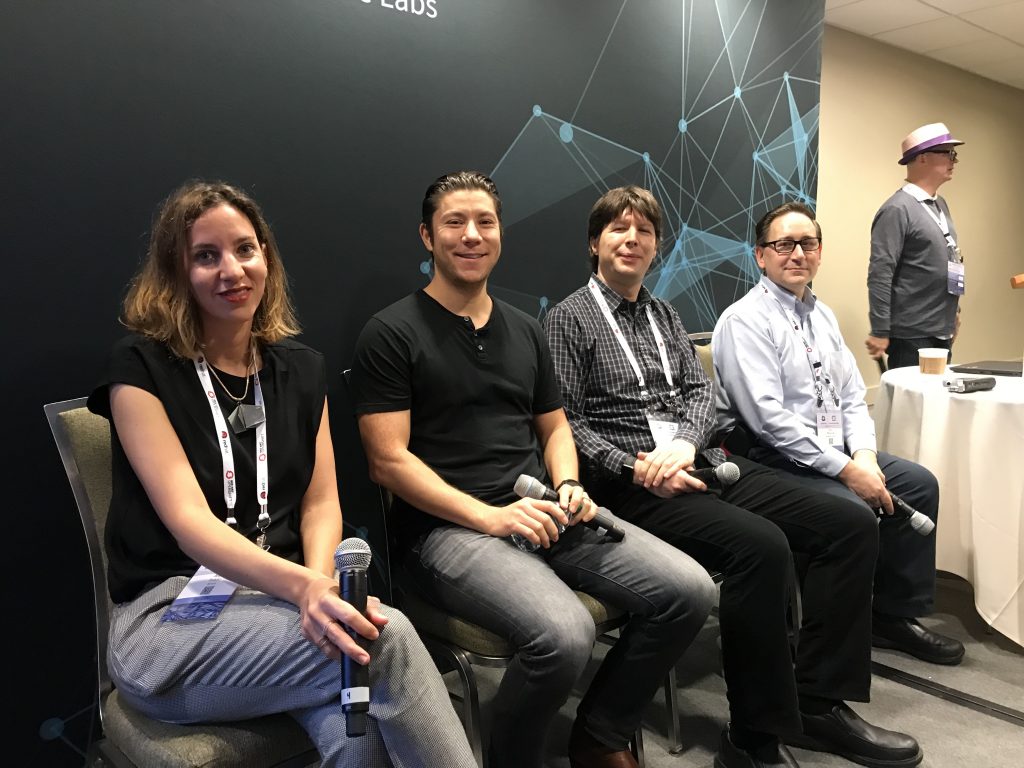 Functions as a Service (FaaS) and serverless are major buzzwords today, but beneath the hype, they offer tremendous resource-savings and scaling opportunities. But as organizations make the shift from monolithic-centric platforms as they rely on FaaS to, for example, scale to cloud native environments, the concepts and promise of what are on offer can also make it easy to forget what is involved to make the jump on a hands-on and practical level. In other words, great things await your organization as it makes the transition, but getting there will require a lot of work — for what usually is a huge payoff as FaaS and cloud providers assume much of the heavy lifting for server management and other infrastructure-related tasks.

During a panel discussion hosted by Alex Williams, TNS founder and editor-in-chief, at KubeCon + CloudNativeCon North America 2018, a panel of FaaS and serverless experts were on hand to discuss their down-in-the-trenches experiences and ideas about what implementing FaaS and relying on cloud providers is really like. The panel members:

Making the shift to FaaS or when scaling to cloud native environments begins with making a business case, of course. For the University of Bristol, the reasons to make the transition was based on nothing less than “using cloud technology to advance the sphere of human knowledge” and “trying to use the absolute latest technology and sort of pushing boundaries,” Woods said.

“We are always on the edge of what is possible with a computer because we have these ridiculously big calculations to make,” Woods said. “We have been recently moving into the cloud because when we get a lot of it for free, which is always a benefit. But equally, it is offering us a source of the potential to do ridiculously huge planetary-scale simulations.”

Woods’ team is now “working at a point where we’re building this huge sort of… serverless frameworks,” Woods said. “And as the stack rises, we always want to work at the top because that’s where we add value and ultimately, everything off the bottom, anything that can be commoditized we just push away,” Woods said. “So, ultimately, that’s why I think that’s the driver that’s pushing us in this direction.”

While sometimes used interchangeably, there is actually a difference between serverless and FaaS,  Pulido said. One of the distinctions of Function as a Service versus serverless is to consider FaaS as a “new tool and tool bill for a developer,” Pulido said.

“Developers have a way to just create code and get it running. If as an organization you run that… on the public cloud and with a single provider, it becomes more serverless from an infrastructure point of view because you don’t have to care,” Pulido said. “But still, if for example, if you’re running Kubernetes in your organization and you’re managing, you’re having infrastructure team that runs your cluster, and you still want to provide that tool to your developers, you still can because there are a lot of platforms that can run on top of Kubernetes that provide that function as a service functionality.”

Ultimately, FaaS and other cloud technologies on offer are allowing organizations to deploy and deliver faster, and ultimately, about making your life easier, Arimura, said. “It’s about worrying less about the stuff that you don’t want to worry about and making you a rock star.”

Organizations should also continue to be able to rely on cloud providers to do more and more of the heavy lifting for them so they can focus even more on development and realizing business goals. “We’re not quite there yet unless you lock into all of the tools that a single provider gives you because you get their experience but I think we’re getting there,” Arimura said. “And I think this conference is helping push that forward with live practitioners as well.”

Open Mono to Micro to FaaS A Macro Challenge on YouTube.