The Reality of the Network: It Should Be About the Software 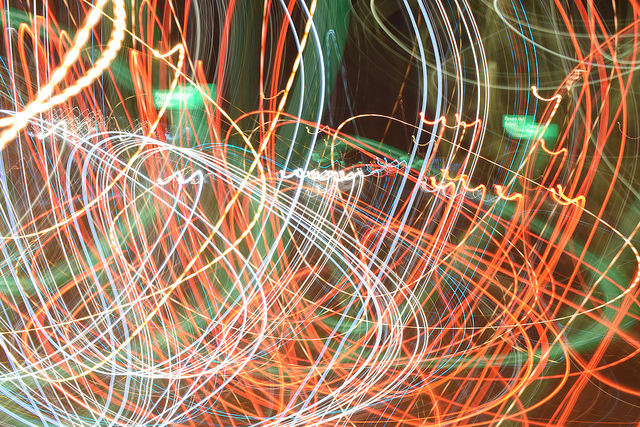 Pluribus Networks represents a camp of the software defined networking community that develops distributed systems that are more in line with an approach to be expected from a company like Google.

Today the company is announcing a $50 million Series D round to scale its open fabric and analytics platform that treats the network switch as an extension of the server. Netvisor is the company’s core intellectual property for this network virtualization that serves as a converged network platform, bridging compute, storage and networking.

The technology is best compared to a fabric that rests over a heterogeneous network. It relies on a bare metal control plane that is orchestrated by a management service. The capability means that Pluribus can deploy apps across a fabric that is designed to be a network virtualization environment. The data aggregated through the process means the user can do their own analytics about the network. They can apply security measures as software across the fabric. How the network gets built is not a factor. It’s more so about how the fabric works across a combined physical and virtual network space.

Here’s a diagram for how it compares to a traditional switch: 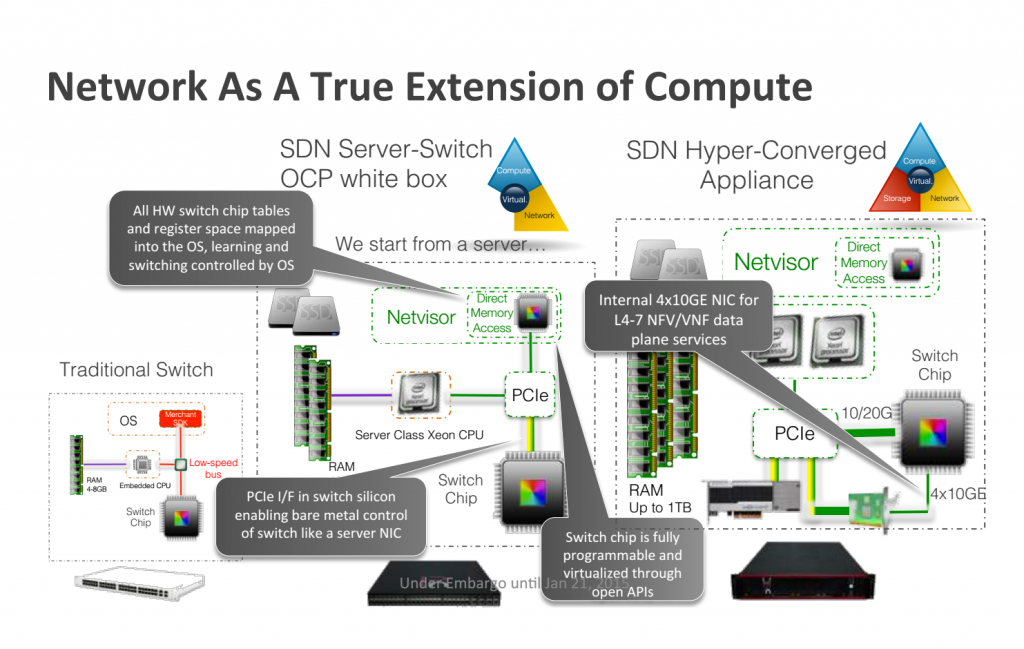 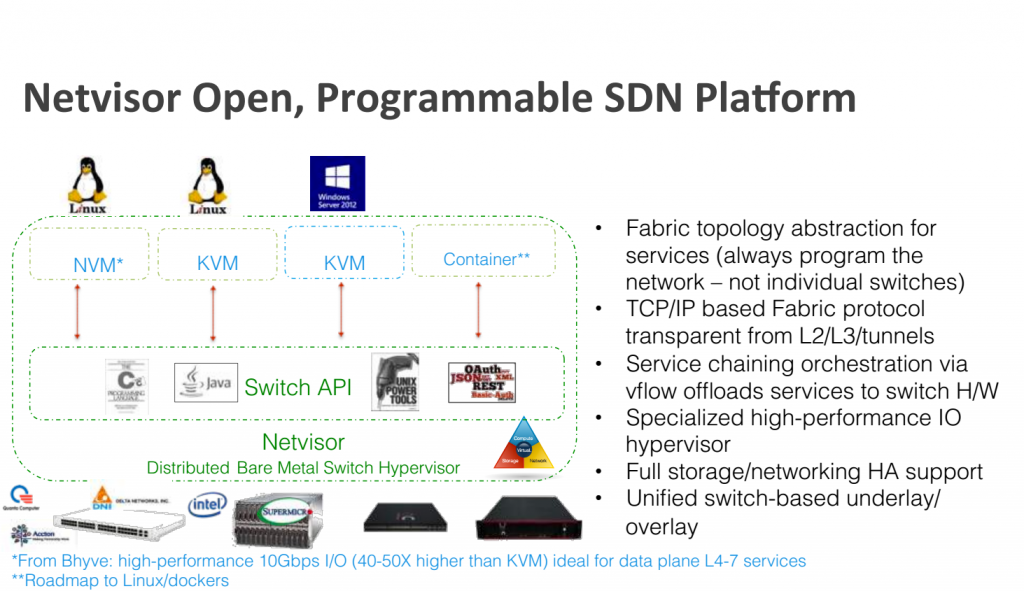 Centralized controllers separate the controller from the data plane. Pluribus has developed what it calls a fabric cluster for simplifying management of the network. It’s a distributed peer-to-peer, high availability cluster with one logical switch to manage.

As it is a fabric, it connects all the nodes in the network that can then be viewed through a management console. For example, Pluribus has a graph analysis for the manager to view the network. 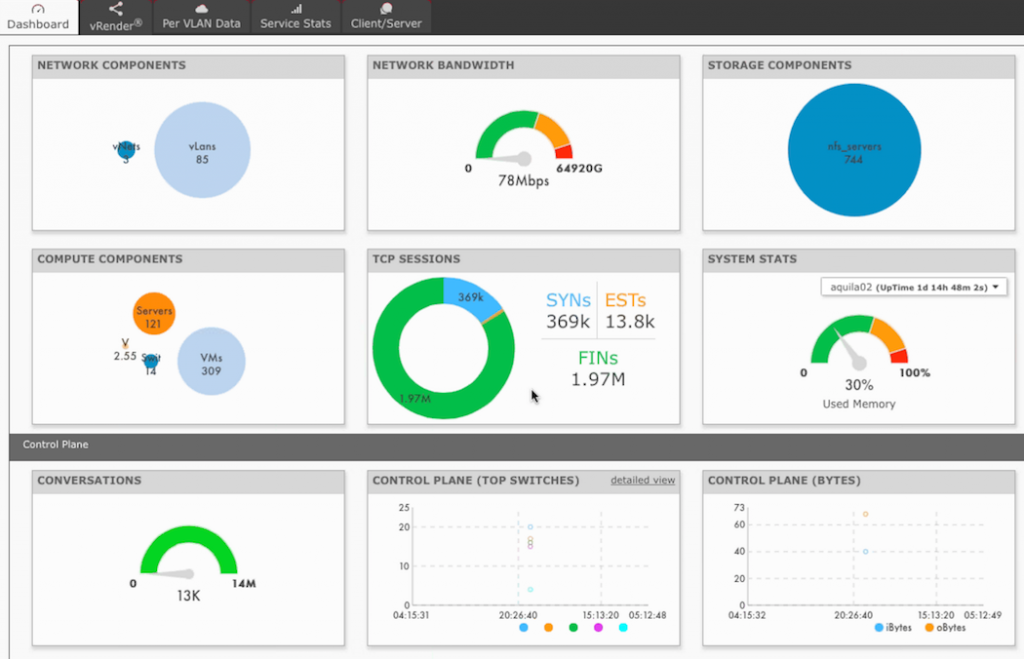 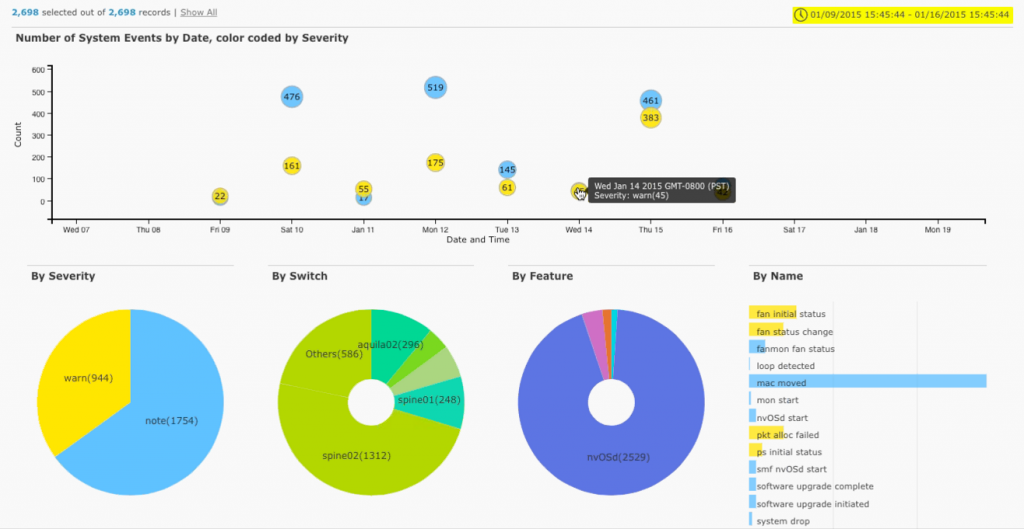 Pluribus has some healthy competition with the likes of Cisco and any number of network vendors. But it has an approach that suits the emerging world of Internet scale everything. It’s fair to say Google and Facebook have unique environments that demand a fully aware fabric with detailed analytics. It’s also fair to say that most companies have any combination of technology stacks that need to be treated according to their own special use cases.

There will always be a demand for special use hardware. But it is getting commoditized and even more so becoming abstracted by software.

More so, it’s a matter of what service providers choose to use and how the infrastructures they offer can be used to maximize applications and simplify operations so it is not a royal pain in the ass to just get the tablet to work that IT has said for months they would deliver. It’s not a bureaucratic problem that causes the delays. It’s the server networks and old systems that is from the age of Pong.

Pluribus is on the right side of the movement. Building an OS into the infrastructure to extend the server is just a way for software to extend deeper into the organization. The tablet, the smartphone, the micro-servers and the networking box are just abstractions for making the software more accessible without it being a royal procession that only an IT prince has the blessing to configure.