What Won’t Change Now That Red Hat Has Bought Ansible 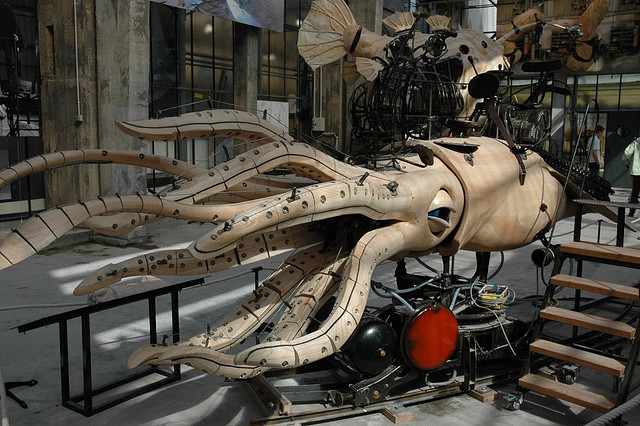 If someone were to conjure a word cloud describing how Red Hat sums up future plans for Ansible, which it just purchased for as much as $150 million according to some reports, the phrase “no change” would dominate.

So would the words “integration” and “expansion.”

On Thursday, Joe Fitzgerald, who is Red Hat’s vice president of management, and Todd Barr, Ansible’s senior vice president for sales and marketing, hosted a webcast to explain what the acquisition means for both Red Hat and Ansible users.

The take-away? Red Hat seems intent on maintaining Ansible’s success, while folding Ansible’s IT automation offerings into its own integrated open source packages for the enterprise.

Among the things that won’t change with the buyout, according to the webcast:

Red Hat found Tower attractive, Fitzgerald said, in no small part because the software is simple to use, and modular. It could help remove barriers in setting up hybrid cloud computing systems, particularly those based on OpenStack (No word on if Ansible will continue its existing partnerships with Cisco, CSC, Hewlett-Packard, and Rackspace to make deploying and managing OpenStack simpler).

Ansible is also popular as an open source project, having attracted over 1,200 contributors on GitHub. It has even started to pull market share from Puppet and Chef.

Ansible Tower provides the user-interface to centrally execute and monitor Ansible playbooks. There are more than 400 playbooks for using Ansible across a complex enterprise IT environment, providing access control, credentials management, delegation of jobs, compliance, and other features.

There’s always some overlap in cloud management tools, Fitzgerald said, “but the synergy with Ansible far outweighs the overlaps. We see many opportunities for integration between Cloudforms, Ansible and Satellite.”

As for continuing to support Puppet, which Red Hat uses in-house, and other rivals, Barr said that Ansible’s YAML language and engine are “super flexible … But you don’t have to use it for everything. It doesn’t have to be an either/or proposition.”

“The bottom line is that Red Hat supports other people’s stuff. It’s all about providing choice,” Fitzgerald said, perhaps trying to add some distance from the hullabaloo that ensued last year after an internal memo suggested that the company wouldn’t support rival OpenStack implementations.

Barr said Ansible, a company created two years ago with a roster of Red Hat alums, will continue to expand its footprint across clouds and platforms and it is hiring to quickly scale out its team. It is previously reported the company had doubled headcount to 50 since the beginning of the year, and will grow to about 85 by year’s end.

And Fitzgerald said Red Hat plans to quickly scale out training on Ansible. Global Learning Services at Red Hat previously reported that demand for OpenStack skills had doubled since last year and were out-trending Linux certifications.

In May, the company announced plans to integrate three existing products into Red Hat Cloud Suite for Applications to improve development and deployment of applications at scale.

“The fact that Ansible backs its open-source software with commercial enterprise support makes the company a good match for Red Hat, both technically and culturally,” he wrote in a report on the acquisition.

Gartner has predicted the market for DevOps tools will reach $2.3 billion this year, an increase of 21.1 percent, from $1.9 billion in 2014.

The deal may make Chef, Puppet Labs and SaltStack more attractive acquisition targets to potential acquirers, Lyman added in his report. And these rivals might be more expensive buys: Chef has raised $137 million and Puppet Labs $85.5 million, compared to just $6 million raised by Ansible.

Ansible with its Red Hat heritage made an attractive acquisition target, and it didn’t hurt that its Durham, N.C., home is mere miles from Red Hat’s headquarters in the Raleigh suburb of Cary.