Red Hat has announced that, moving forward, the company will be shifting its "investment fully from CentOS Linux to CentOS Stream." The move ends CentOS Linux 8 distribution on December 31, 2021 and cancels the release of CentOS 9, instead launching CentOS Stream 9 in the second quarter of 2021.
Dec 9th, 2020 10:10am by Mike Melanson 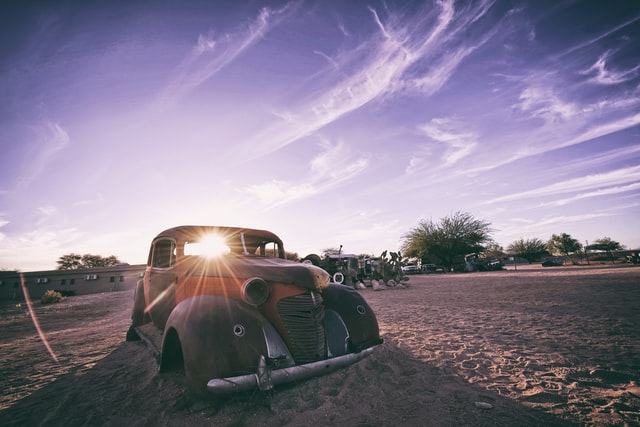 Red Hat has announced that, moving forward, the company will be shifting its “investment fully from CentOS Linux to CentOS Stream.” The move ends CentOS Linux 8 distribution on Dec. 31, 2021, and cancels the release of CentOS 9, instead, launching CentOS Stream 9 in the second quarter of 2021. The company launched CentOS Stream a year ago as a “rolling preview” of what’s next in Red Hat Enterprise Linux (RHEL), both in terms of kernels and features, and now says it will provide “a platform for rapid innovation at the community level but with a stable enough base to understand production dynamics.”

A brief blog post by the CentOS Project Governing Board illuminates a primary difference incurred by the change, which is that CentOS will move from being a rebuild of the stable RHEL, effectively coming downstream from RHEL, to becoming an upstream intermediary between Fedora and RHEL. A board created FAQ, however, further clarifies that CentOS Stream is not the RHEL beta test platform. “CentOS Stream will be getting fixes and features ahead of RHEL,” they write. “Generally speaking we expect CentOS Stream to have fewer bugs and more runtime features as it moves forward in time but always giving direct indication of what is going into a RHEL release.”

The response to the move thus far is mixed, but many complain that it breaks their current process and makes little sense, outside of creating pressure to purchase a RHEL subscription. One petition opposing the move asks the governing board that they “continue the regular development of CentOS as a stable, downstream of RHEL with standard versioning.”

“By making CentOS a test distribution, it completely destroys its usefulness as the stable, free, enterprise-ready operating system for which it has been cherished by millions over the last 16 years,” the petitioners write. “This move seems like a strategy by Red Hat to convince people that want a stable, enterprise operating system to be forced to migrate to their prohibitively expensive, for-profit OS.”

In its announcement, Red Hat appears to attempt to fend off this sort of argument, citing Facebook’s running of “millions of servers supporting its vast global social network, all of which have been migrated (or are migrating) to an operating system they derive from CentOS Stream.” At the same time, an FAQ on the topic says that Red Hat will begin offering “low- or no-cost programs for a variety of use cases” of the RHEL Developer subscription during the first half of 2021, including options for open source projects and teams.

As for commercial users of CentOS, Red Hat is less opaque about their guidance in this realm: “If you’re using CentOS Linux in a commercial deployment, we suggest you look at moving to RHEL for the added management technologies, security, and support that are an integral part of the RHEL subscription. Our sales teams can help you identify the appropriate offerings that match your use case,” they write.

CentOS board member Jim Perrin, who previously worked for Red Hat as part of the 2014 CentOS “acquisition”, offered his own explanation on why he thinks “this is a good move.” Perrin says that, in his 16 years of involvement, he’s spoken with “countless developers” who wanted to push the limits, but were unable to, in turn spawning “an entire cottage industry of 3rd party repositories.”

While these features often arrived in future RHEL versions, they weren’t communicated, and “for many developers, even for those internal to Red Hat this was a PROBLEM.” When he joined Red Hat, his job was to help showcase upstream work to the community, but ran into problems here too, as the ability to do so in Fedora was limited for several reasons. CentOS Stream, he says, helps with this by making RHEL development more transparent and reliable, providing a way for independent software vendors and developers to contribute fixes and features, and providing a way for the community to give feedback.

“Seeing what Red Hat is doing is one thing, but for those users I mentioned earlier who just needed that one new feature – they now have a way to collaborate with Red Hat to make it a reality,” writes Perrin. “CentOS Stream provides a way for users to submit pull requests and to make their case for why it should be included. This obviously doesn’t mean everyone will get their way, but it’s a stark improvement from the past.”

The CentOS governing board echoes this sentiment, writing that the change “gives the CentOS contributor community a great deal of influence in the future of RHEL.” This may offer little solace to those companies running CentOS Linux 8, however, which will be discontinued in a year’s time. In those same Hacker News comment threads, many identify a RHEL subscription as a cheaper alternative than the costs of any other, and to this end, Red Hat points users to the convert2RHEL tool, a blog post offering guidance on the process, and, of course, its own consulting services.