this week at the virtual Red Hat Summit 2020, Red Hat has added several new features to Ansible that promise to increase efficiency and deliver curated and verified automation.
Apr 27th, 2020 11:26am by Mike Melanson 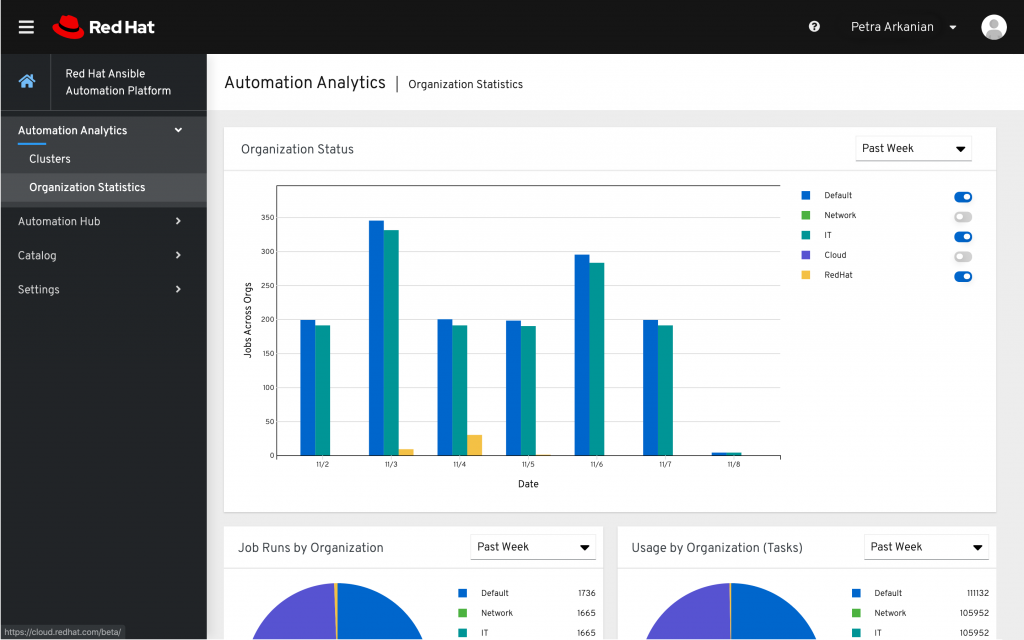 It has been six months since the 2019 Ansible Fest when Red Hat launched its Red Hat Ansible Automation Platform, a hosted collection of enterprise-ready integrated Ansible capabilities, and this week at the virtual Red Hat Summit 2020 the company has added several new features to Ansible that promise to increase efficiency and deliver curated and verified automation.

“Within the last eight weeks, we’ve had a lot of customers that have come to us. Things have changed. Often times, it isn’t so much about scaling out as it is about saving costs,” explained Tom Anderson, vice president of Red Hat Ansible Automation Platform, in an interview. “The conversations are around doing things that they haven’t done before necessarily and looking for us for help. They’re trying to do things with Ansible that makes their lives better.”

When Red Hat announced the Ansible platform last year, it also introduced Automation Analytics, a service for displaying how specific automation actions perform in detail. In terms of saving costs, Anderson explained that automation can be one of those things that “happens underneath the covers” where nobody sees it, so the company is expanding its analytics platform in a few key areas to help identify where and how automation is performing and what benefits it is delivering.

Beyond enhanced analytics, the updated Red Hat Ansible Automation Platform primarily brings about new forms of curation, first with the introduction of the Automation Services Catalog, which provides lifecycle management for automation resources, spanning the provisioning, retirement and logging of Ansible platforms whether they are physical, virtual, cloud, or container-based environments. While Anderson explains that there is nothing particularly revolutionary about a service catalog, this will be Ansible-specific and will wrap governance around it, helping to determine who can do what. At the same time, he explained, the Ansible service catalog will work to integrate with customers’ pre-existing service catalogs.

The final update introduced this week focuses on Ansible Content Collections, a packaging format to streamline the management, distribution and consumption of Ansible content, which Anderson said has seen a 12x growth since launch.

“Our partners love it because now they can create content and distribute it out,” said Anderson, “We have a very robust community around Ansible that is anxious and ambitious to provide their content out to their customers and our joint customers in a supportive sort of way.”

Since Ansible Fest, the certified partners offering content collections have grown from 10 to over 30, with more than 1,200 certified Ansible Modules now available on Red Hat’s Automation Hub, an increase of 1,100 from the 100 modules available at launch.

Looking ahead, Anderson said that Ansible will not only work toward an integration with other features being introduced at this week’s virtual summit to help with infrastructure automation in coordination with Kubernetes cluster management but also toward automation at the edge.