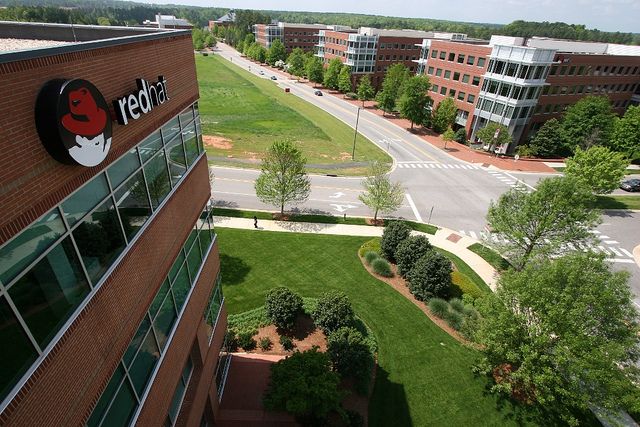 When businesses and enterprises begin adopting data center platforms that utilize containerization, then and only then can we finally say that the container trend is sweeping the planet. Red Hat’s starter option for containerization platforms is OpenShift Dedicated — a public cloud-based, mostly preconfigured solution, which launched at this time last year on Amazon AWS.

Thursday morning, the company announced the general availability of Google Cloud Platform as an alternative option for deploying OpenShift Dedicated. This move means Red Hat keeps a pledge it made at the start of the year, before the year runs out.

“The difference we have with OpenShift now running on AWS and Google,” said Sathish Balakrishnan, who directs OpenShift Online for Red Hat, in an interview with The New Stack, “is we are giving customers a choice.”

But is choice what customers really want? More specifically, since this particular edition of the PaaS platform is being pitched as a turnkey option — almost as a no-brainer — what will the choice of Google or Amazon mean to Dedicated customers? Won’t they want Red Hat, or someone else, to explain the differences to them, beyond the cost factors — which vary from month to month?

“One of the reasons why we’re introducing this is because customers, for the most part, have made a choice of what their cloud platform should be,” responded Balakrishnan.

OpenShift Dedicated, unlike other options in the product line, is bundled with IT management of assets by Red Hat, over and above the oversight of the cloud provider. Balakrishnan explained that, while the company’s Certified Cloud and Service Provider program opens up OpenShift Enterprise to be deployed on multiple cloud platforms, OpenShift Dedicated narrows that list of platforms to the ones customers tend to choose most, “knowing full well that customers have made inherent choices of which cloud provider they want,” he explained. Red Hat can then focus its attention on managing workloads within that narrower list.

Put another way, OpenShift Dedicated for Google Cloud Platform enables a choice that has already been made.

It sounds like a retroactive correction, but it makes a bit more sense when you see the state of affairs from the customer’s perspective. At the beginning of the year, RightScale’s State of the Cloud survey [PDF] made clear — and subsequent surveys from other firms have only confirmed — that the typical enterprise runs workloads on a handful of public platforms simultaneously. In the case of the RightScale survey, that number was six on average, and with the 2017 survey only a few months away, double digits are not inconceivable.

From the customer organization’s point of view, “the cloud” is comprised of all of these platforms combined.  Even small organizations are experimenting, at the very least, with a plurality. But the applications that each organization deploys in the public cloud are not easily subdivided and delegated among individual providers — for instance, some specific apps on Amazon, others on GCP, others on Azure, etc.

For those organizations that are already implementing containerization, or are just now starting to, orchestrating those workloads within subdivided cloud platforms just doesn’t make much sense.

So the availability of OpenShift Dedicated on one more of the big three public cloud platforms simply extends the deployment options for workloads. OpenShift’s orchestrator of choice is Kubernetes container orchestration engine, and Balakrishnan told us Red Hat is preparing to move OpenShift from Kubernetes version 1.3 to 1.4 soon. This as the general release of Kubernetes 1.5 takes place Thursday.

“No Longer Having to Think About Data Centers”

Judging just from the anecdotal evidence, Balakrishnan believes there’s truth to the observation that major retailers are tilting their preferences towards Google Cloud Platform, with Home Depot having been signed on last March, and Macy’s having been signed before then. At the time, Google praised those retailers’ choices for reasons that would suit the profile drawn by Red Hat for OpenShift Dedicated.

“For our customers, cloud means no longer having to think about data centers, servers, storage, and networking,” wrote GCP’s vice president for product management, Brian Stevens, in a company blog post last March. “Instead, they’re able to focus on creating amazing applications, products, and services for their customers.”

That also suggests that large enterprises — not just SMEs — are opting to outsource their IT management. Does their choice of GCP for deploying workloads have to do with performance issues? Not that Red Hat has been able to measure, responded Balakrishnan.

So is there another difference between the customer mixes for OpenShift Dedicated and OpenShift Enterprise, besides the observation regarding major retailers, that may explain the rationale behind the choices that Balakrishnan said customers have already made?

“We don’t see a whole lot of difference in the class of applications,” he responded. “It’s more just the consumption model, and what the customer really wants to achieve with their container platform. We have had a lot of workloads — mission-critical workloads, e-commerce transactions.  We have a satellite tracking system.  We’re kind of all over the map. So I think anything that can help people want to containerize — whether it’s a brownfield application that already exists, or if they want to develop a new, greenfield application — OpenShift is suitable for all those types of applications. We don’t really say we’re only a cloud-native platform; we can do both of those.”

If there’s an underlying message in all of this, it’s that vendors are continuing to build their service platforms in anticipation of their markets settling into some sort of a pattern — a settlement that evidently hasn’t begun yet.