Red Hat Puts Linux in the Driving Seat for Automobiles 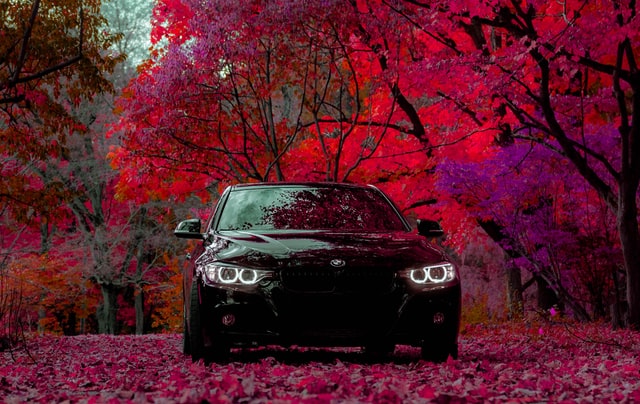 For now, the announcement is just that — an “intent to deliver” — and the company says it is working in partnership with exida, a company that specializes in functional safety across multiple industries, to provide a pared-down version of RHEL for automotive use cases that will provide “continuous updates throughout its lifecycle while still retaining crucial functional safety certifications,” according to the press statement.

Many new cars today have more than 100 computer systems in them, explained Jered Floyd, a technology strategist in the office of the CTO at Red Hat, although many of those computers are very small microcontrollers with specific functions and custom software that is specifically created for that purpose. The software on these controllers is extensively audited for safety, and Floyd said that these were not the target for an automotive version of RHEL. Rather, Red Hat is focused on more integrated systems, such as infotainment consoles or even advanced driver assistance systems (ADAS).

To be used in an automotive application, the proposed Linux distribution must meet the requirements put forth in ISO 26262 and be certified under the Functional Safety Certification, of which exida is both an expert and an accredited certification body. To date, said Floyd, there is no version of Linux that has met these requirements, and Red Hat intends to be the first.

“The particularly salient bit is one of the requirements for many automotive use cases is something called Functional Safety, which is basically a certification,” said Floyd. “Functional Safety is the concept of basically building software so that in the case of failure, that it minimizes the risk of injury.”

“There are companies like Tesla that have very much set the pace for what that’s going to look like, and that’s going to be the expectation for the rest of the industry. That requires a modern, general-purpose operating system like Linux.”

Many of the systems currently in use in vehicles meet these requirements and are certified once and then only updated periodically, often with a visit by the consumer to a dealership, where the software can be updated via USB. In this scenario, recertifying software to meet the Functional Safety Certification may not be overly burdensome, but doing so for a continuously updating operating system would be, said Floyd.

“Continuous update is a differentiator versus kind of the current state of the market,” explained Floyd. “When you go back to the systems that are in vehicles today, or the systems that have Functional Safety Certification, the functional safety certification process typically starts from basically a snapshot of an operating system or a particular piece of software, and then if you change that software, you go through that entire certification process again. That’s not really appropriate for a platform where ongoing security updates are required, where you have a connected vehicle that is going to receive software updates for both security and functional reasons. And so one of the things that’s unique about the process that we’re establishing with exida is that it will cover our ability to provide updates for CVEs, for security vulnerabilities, while maintaining the Functional Safety Certification.”

“There are companies like Tesla that have very much set the pace for what that’s going to look like,” said Floyd, “and that’s going to be the expectation for the rest of the industry. That requires a modern, general-purpose operating system like Linux.”

The news of Red Hat’s entrance into the world of automotive software comes as the company continues its efforts into edge computing. While this automotive Linux distribution would not be looking at running Kubernetes in line with some of its efforts on the edge, which involve minimized OpenShift distributions, Floyd said that containers are still how they expect software to be packaged for delivery. The push into vehicles, however, is one that Floyd says could be extended into other industries that often operate at the edge and have similar safety and certification requirements.

“Automotive is really important to us because of both the size and the concentration of the market, as well as the extensive ecosystem that already exists, and the interest in Linux for Functional Safety. Functional Safety applies to many other vertical industries as well. So if you look at Industry 4.0 manufacturing use cases, for example, or robotics use cases, at least have those same functional safety requirements. They all map up to a parent standard,” said Floyd. “There’s a similar mapping for manufacturing, there’s a similar mapping for robotics, there’s a similar mapping for aeronautics. And so once we’ve established the certification, there’s the possibility of applying the work that’s been done to parallel industries that have these functional safety requirements.”

Mike is a freelance writer, editor, and all-around techie wordsmith. Mike has written for publications such as ReadWriteWeb, Venturebeat, and ProgrammableWeb. His first computer was a "portable" suitcase Compaq and he remembers 1200 baud quite clearly.
Read more from Mike Melanson
SHARE THIS STORY
RELATED STORIES
Making It Easier to Build Apps with Time Series Data Livin’ Kubernetes on the (Immutable) Edge with Kairos Project Performance Measured: How Good Is Your WebAssembly? 7 Edge Computing Uses You Should Know Top Edge Computing Companies to Know
Red Hat is a sponsor of The New Stack.
SHARE THIS STORY
RELATED STORIES
Why the Edge for Applications Is a Trend Heading into 2023 Edge Computing vs. Cloud Computing 7 Edge Computing Uses You Should Know 4 Supply Chain Security Threats and How to Handle Them What Is Mobile Edge Computing?
THE NEW STACK UPDATE A newsletter digest of the week’s most important stories & analyses.
The New stack does not sell your information or share it with unaffiliated third parties. By continuing, you agree to our Terms of Use and Privacy Policy.