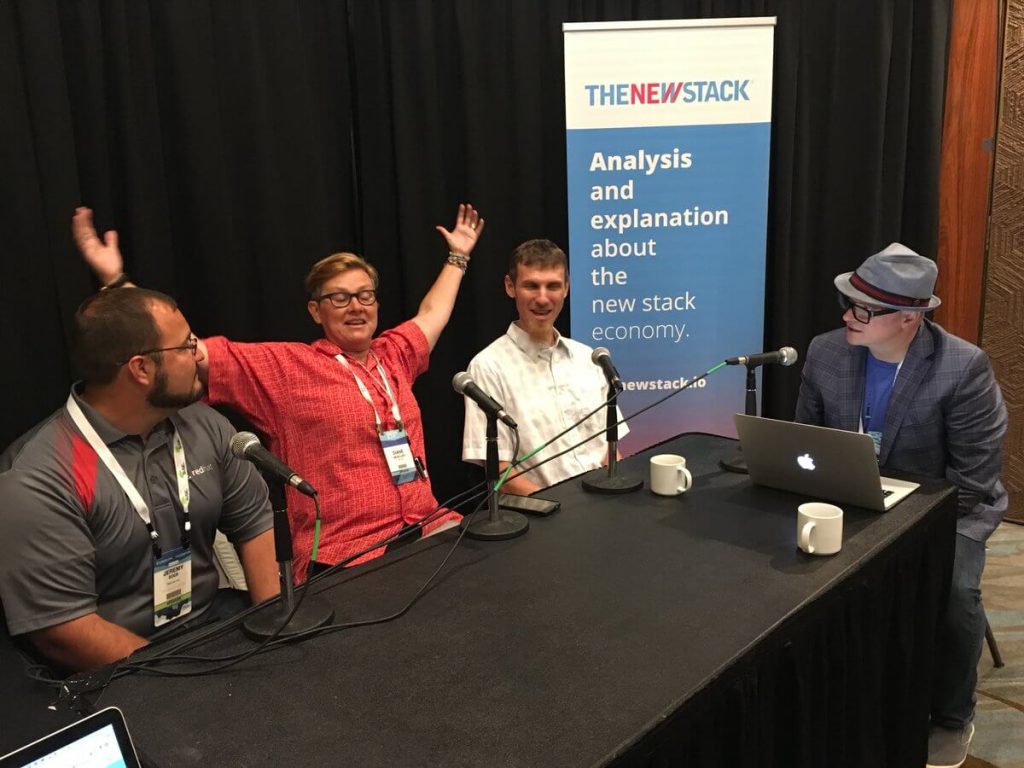 Containers are an abstraction. It could be a Docker container or perhaps at some point an abstraction that is in parallel with Open Container Initiative‘s emerging set of container standards. For now, the real work is about the delivery of all the pieces to develop architectures that will be built on continuous delivery and coordinated through a new generation of orchestration platforms.

That’s the Red Hat perspective, according to a discussion with three of the company’s technical team at the Cloud Native Day in Toronto, on August 26. For this episode of The New Stack Makers podcast, we spoke with:

How RedHat OpenShift is Empowering its Community

As many of today’s projects and the tools used to manage them evolve and scale, the ways that developers work with them have also evolved. The continuous stream of patch reviews can be a difficult task for engineers, with Eder noting that there is still more to be done by the community when it comes to bringing new features into their applications. “What I think the community as a whole needs to double down on is performance and scale related integration of the cloud-native projects. I think we need to push that to the next level,” Eder said.

Red Hat OpenShift has taken steps to make its platform multi-cloud, by making use of Docker containers alongside persistent volumes. “One of the things that we’re trying to do in the OpenShift community is to do the education for the different approaches to deploying OpenShift. There is really a firehose of information people have to keep up with,” said Mueller-Klingspor.

Wright summarized with, “It’s equally important to understand what problems you’re solving, what use cases are important to customers, how to solve these problems which include outreach, spread of information, sharing of best practices, and understanding use cases. They drive how we build the technology, but if you just think of it as a technology problem we’re solving by throwing composition xyz at the problem, we’ll stay with these early adopters and we’ll never penetrate the broader reaches.”

Open How RedHat OpenShift is Empowering its Community on YouTube.

Cisco, Docker and Red Hat are sponsors of The New Stack.

The Difference Between Proxy and Reverse Proxy | strongDM
January 19, 2022