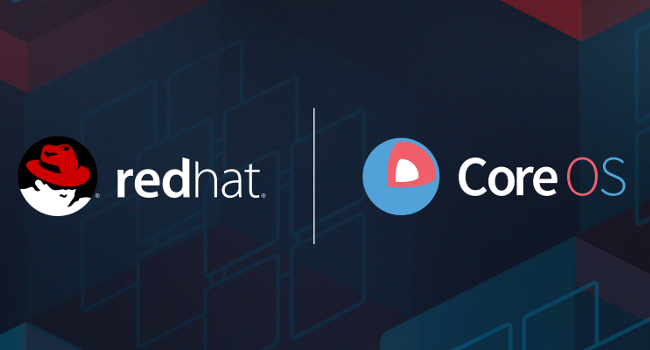 In a move that further consolidates the enterprise Linux market, Red Hat has entered an agreement to acquire CoreOS Inc., makers of the formerly eponymous tiny Linux distribution geared toward containers. CoreOS Inc. also offers the Quay container registry, a Kubernetes distribution known as Tectonic and maintains the etcd key-value store that is core to the operation of the Kubernetes open source container orchestration software.

Red Hat will pay approximately $250 million for CoreOS, and expects to close the deal by the end of the month.

This move will bring all 130 CoreOS employees under the Red Hat tent. The move could be surprising for Linux watchers, as the two companies had competing efforts to offer slimmed down, container-focused Linux distributions. The real story probably has more to do with Kubernetes, however: Red Hat placed Tectonic and Kubernetes at the front of all of its lists of reasons and questions about the proposed acquisition. In the press release announcing this acquisition, Red Hat specifically called out CoreOS as an innovator in Kubernetes and container-native solutions.

CoreOS, the company, was founded to pursue a vision of a smaller Linux distribution for use in virtual machines and with containers. Since that founding in 2013, the company has pushed towards container management and enabling the transition to microservices. Along the way, the company also created its own container engine known as rkt,  which was donated to the Cloud Native Computing Foundation (CNCF), and was a fundamental component to the Open Container Initiative (OCI) standard.

Today, the original view of a tiny Linux has been mostly subsumed by Alpine Linux, while CoreOS has pivoted to focus heavily on Tectonic and Kubernetes as a whole.

At the Amazon re:Invent conference in 2015, CoreOS CEO Alex Polvi said, “We want to ensure businesses have the ability to scale their applications in containers by using Kubernetes on AWS. The combination of Kubernetes, CoreOS, and AWS is another step forward in helping companies reach hyperscale.”

CoreOS eventually renamed its operating system to Container Linux. “Container Linux,” said Polvi speaking in 2016, “has this capability around automatic management and updates and patches. We call this self-driving infrastructure; this concept that Container Linux is always up to date with the latest upstream features.”

Red Hat has a number of posts about the acquisition, include a FAQ. Also, there’s this:

Well, it wasn't an IPO… but it still counts. https://t.co/ERwqgFW4Pi pic.twitter.com/541lx0N1fI

A 20 year veteran technology journalist, Alex Handy cut his teeth covering the launch of the first iMac. His work has appeared in Wired, the Atlanta Journal Constitution, and The Austin American Statesman. He is also the founder and director...
Read more from Alex Handy
SHARE THIS STORY
RELATED STORIES
Spotify's Backstage: A Strategic Guide How Intuit’s Platform Engineering Team Chose an App Definition OpenTelemetry Properly Explained and Demoed How Donating Open Source Code Can Advance Your Career How Boeing Uses Cloud Native
SHARE THIS STORY
RELATED STORIES
CALMS Is DevOps for Cloud Engineering Do You Need a Managed Database? Takeaways from the ESG GitOps and Shift Left Security Survey 10 Essential Practices for Building Software for Cloud Scale  3 Ways an Internal Developer Portal Boosts Developer Productivity
THE NEW STACK UPDATE A newsletter digest of the week’s most important stories & analyses.
The New stack does not sell your information or share it with unaffiliated third parties. By continuing, you agree to our Terms of Use and Privacy Policy.