In this podcast recorded live in Las Vegas during Amazon Web Services' (AWS) re:Invent 2019, Redis' Alvin Richards discussed how databases and open source have evolved and how Redis Labs has adapted its NoSQL offering and business model along the way.  He was joined by Rajat Panwar, chief technology officer of HolidayMe, an online travel agency and Redis Labs customer.
Dec 16th, 2019 5:00pm by Alex Williams and B. Cameron Gain 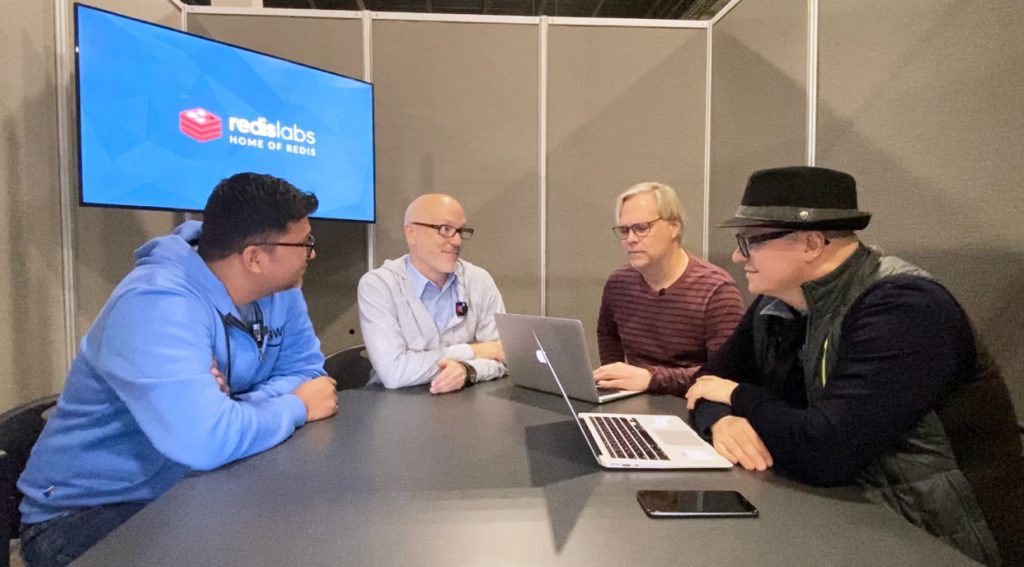 TNS Annual Reader Survey
We need your input! Take 5 minutes to chime in and help guide our coverage.
Begin the survey
Redis sponsored this post.

This is what one can say with a reasonably high degree of certainty: organizations are deploying applications in hybrid environments consisting of legacy datacenters and often different cloud services, while the open source business models allowing them to do that are changing. In this context, for database management and use, the choice of NoSQL remains a safe bet for today’s deployments, especially for multicloud environments, Alvin Richards, chief product officer, Redis Labs said.

In this podcast recorded live in Las Vegas during Amazon Web Services’ (AWS) re:Invent 2019, Richards discussed how databases and open source have evolved and how Redis Labs has adapted its NoSQL offering and business model along the way. He was joined by Rajat Panwar, chief technology officer of HolidayMe, an online travel agency and Redis Labs customer.

Redis Labs on Why NoSQL is a Safe Bet

“People are adopting technology and super-fast rate, but they’ve also got huge investments in Oracle, [IBM] Db2 and the big mainframes that aren’t going to go away,” Richards said. “So, I think the key thing is, whatever you’ve got in terms of a cloud service you have to have a hybrid environment,” consisting of on-premises and often multicloud infrastructures requiring technologies that can adapt to the different deployment models.

Scaling out relational databases horizontally can thus be problematic. This is “because you end up having to join across all of your services,” Richards said.  “And so, with the notion of NoSQL, it goes ‘okay, we’re going to use different data models to represent differently so that we can distribute the data.'”

For Panwar, Nosequel databases “give you a kind of flexibility so that if you want to have a certain feature, then fine, you add a few columns across and you’re up and running,” he said

Panwar said his team was particularly stoked by RediSearch libraries. According to Panwar, HolidayMe was able to get the module up and running in just a few days.

“Companies have had to rethink what open source really means and the concept of cloud services. All of the companies in the space have been evolving their thinking as the market has changed,” Richards said. “I think if we have this conversation in five-years-time and look back, we’ll see that the world will have changed during the next five years as well. I think it’s unsettled at the moment, and I think the position that many companies like ourselves and other database and NoSQL companies out there have also changed because of the ever-changing times as well.”