Redis Looks Beyond Cache Toward Everything Data

In the latest TNS Makers podcast Redis discusses how the in-memory data store has evolved, how the company manages its commercial offering versus the open source project, and a lot more.
Dec 14th, 2022 1:41pm by Darryl K. Taft 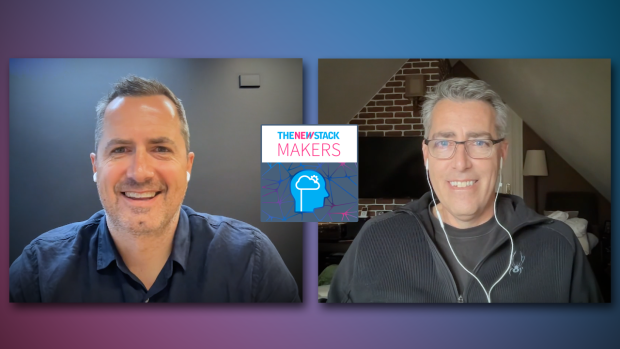 Redis, best known as a data cache or real-time data platform, is evolving into much more, Tim Hall, chief of product at the company told The New Stack in a recent TNS Makers podcast.

Redis Looks Beyond Cache Toward Everything Data

Redis is an in-memory database or memory-first database, which means the data lands there and people are using us for both caching and persistence. However, these days, the company has a number of flexible data models, but one of the brand promises of Redis is developers can store the data as they’re working with it. So as opposed to a SQL database where you might have to turn your data structures into columns and tables, you can actually store the data structures that you’re working with directly into Redis, Hall said.

“About 40% of our customers today are using us as a primary database technology,” he said. “That may surprise some people if you’re sort of a classic Redis user and you knew us from in-memory caching, you probably didn’t realize we added a variety of mechanisms for persistence over the years.”

Meanwhile, to store the data, Redis does store it on disk, sort of behind the scenes while keeping a copy in memory. So if there’s any sort of failure, Redis can recover the data off of disk and replay it into memory and get you back up and running. That’s a mechanism that has been around about half a decade now.

Yet, Redis is playing what Hall called the “long game”, particularly in terms of continuing to reach out to developers and showing them what the latest capabilities are.

“If you look at the top 10 databases on the planet, they’ve all moved into the multimodal category. And Redis is no different from that perspective” Hall said. “So if you look at Oracle it was traditionally a relational database, Mongo is traditionally JSON documents store only, and obviously Redis is a key-value store. We’ve all moved down the field now. Now, why would we do that? We’re all looking to simplify the developer’s world, right?”

“Why would you want a slow data platform? You don’t, Hall said. “So the more that we can offer those extended capabilities for working with things like JSON, or we just launched a data structure called t-digest, that people can use along and we’ve had support for Bloom filter, which is a probabilistic data structure like all of these things, we kind of expand our footprint, we’re saying if you need speed, and reducing latency, and having high interactivity is your goal Redis should be your starting point. If you want some esoteric edge case functionality where you need to manipulate JSON in some very strange way, you probably should go with Mongo. I probably won’t support that for a long time. But if you’re just working with the basic data structures, you need to be able to query, you need to be able to update your JSON document. Those straightforward use cases we support very, very well, and we support them at speed and scale.”

As a Redis customer, Alain Russell, CEO at Blackpepper, a digital e-commerce agency in Auckland, New Zealand, said his firm has undergone the same transition.

“We started off as a Redis as a cache, that helped us speed up traditional data that was slower than we wanted it,” he said. “And then we went down a cloud path a couple of years ago. Part of that migration included us becoming, you know, what’s deemed as ‘cloud native.’ And we started using all of these different data stores and data structures and dealing with all of them is actually complicated. You know, and from a developer perspective, it can be a bit painful.”

So, Blackpepper started looking for how to make things simpler, but also keep their platform very fast and they looked at the Redis Stack. “And honestly, it filled all of our needs in one platform. And we’re kind of in this path at the moment, we were using the basics of it. And we’re very early on in our journey, right? We’re still learning how things work and how to use it properly. But we also have a big list of things that we’re using other data stores for traditional data, and working out, okay, this will be something that we will migrate to, you know, because we use persistent heavily now, in Redis.”

Twenty-year-old Blackpepper works with predominantly traditional retailers and helps them in their omnichannel journey.

Hall said there are three modes of access to the Redis technology: the Redis open source project, the Redis Stack — which the company recommends that developers start with today — and then there’s Redis Enterprise Edition, which is available as software or in the cloud.

“It’s the most popular NoSQL database on the planet six years running,” Hall said. “And people love it because of its simplicity.”

Meanwhile, it takes effort to maintain both the commercial product and the open source effort. Allen, who has worked at Hortonworks, InfluxData, said “Not every open source company is the same in terms of how you make decisions about what lands in your commercial offering and what lands in open source and where the contributions come from and who’s involved.”

For instance, “if there was something that somebody wanted to contribute that was going to go against our commercial interest, we probably not would not merge that,” Hall said.

Redis was run by project founder Salvatore Sanfilippo, for many, many years, and he was the sole arbiter of what landed and what did not land in Redis itself. Then, over the last couple of years, Redis created a core steering committee. It’s made up of one individual from AWS, one individual from Alibaba, and three Redis employees who look after the contributions that are coming in from the Redis open source community members who want to contribute those things.

“And then we reconcile what we want from a commercial interest perspective, either upstream, or things that, frankly, may have been commoditized and that we want to push downstream into the open source offering, Hall said. “And so the thing that you’re asking about is sort of my core existential challenge all the time, that is figuring out where we’re going from a commercial perspective. What do we want to land there first? And how can we create a conveyor belt of commercial opportunity that keeps us in business as a software company, creating differentiation against potential competitors show up? And then over time, making sure that those things that do become commoditized, or maybe are not as differentiating anymore, I want to release those to the open source community. But this upstream/downstream kind of challenge is something that we’re constantly working through.”

Blackpepper was an open source Redis user initially, but they started a journey where they used Memcached to speed up data. Then they migrated to Redis when they moved to the AWS cloud, Russell said.

Listen to the Podcast

The Redis TNS Makers podcast goes on to look at the use of AI/ML in the platform, the acquisition of RESP.app, the importance of JSON and RediSearch, and where Redis is headed in the future.