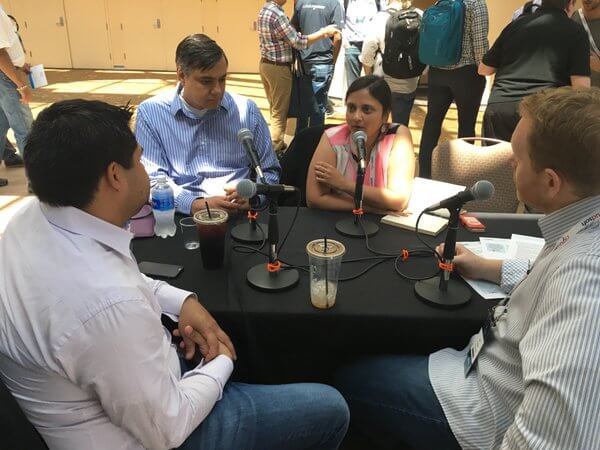 Developing applications today requires not only a flexible approach, but a willingness to embrace new technology, infrastructure, and workflows. As platforms such as Cloud Foundry have become more widely-used, other initiatives, such as OpenStack, have leveraged this growing user-base to their advantage.

In this episode of The New Stack Makers podcast, embedded below, we’ll learn more about how Redis and Mirantis have leveraged Cloud Foundry to the benefit of their customers, how Cloud Foundry eases the challenges of developing software in a multi-cloud environment, and the ways in which Mirantis has moved toward containerizing its own stack for improved deployment flexibility. The New Stack Makers host Kyle MacDonald and co-host Lee Calcote spoke with Jason Venner, vice president and chief architect at OpenStack distributor Mirantis, and Leena Joshi, Redis Labs vice president of product marketing to get their insight into these issues and more.

Joshi started off the discussion by noting that Redis’s new integration with Cloud Foundry, announced at the show, was mostly driven by customer demand. “It has opened a number of doors for us, as it’s becoming a requirement to be integrated with Cloud Foundry for numerous large organizations,” he said.

Venner followed this up by noting that Cloud Foundry’s integration with data services such as Redis open the door for more long-term progress in the space. “It’s nice to see more data services coming available. Without that persistent data tier, it’s very hard to achieve agility with applications. Cloud Foundry can’t realize its real potential without that.”

When working in a multi-cloud or even a standard infrastructure, Venner noted that many developers want to be as hands-off as possible. “We see the bulk of developers not wanting to have any concerns about the infrastructure. They just need to have development and testing components readily available so they can live in Eclipse, write code, push a button, and push through the test architecture so it’s tested in a relevant way rather than having to become an expert in all those technologies.”

Redis has also taken advantage of Cloud Foundry to offer its customers the high availability their projects often require. Particularly when using Redis as a database, Joshi explained that while containers have been progressing in a variety of ways their connectivity with storage services is still lacking in some areas. “Containers I think are still nascent, and the connectivity of containers to storage has not quite been solved yet. Since Redis runs in memory, it becomes a perfect scenario where you would deploy Redis as a first responder and database as containers are ephemeral,” he said.

Redis has also developed a set of new modules its customers can use, which are all available via open source. Developers are also encouraged to submit their own modules to the Redis Hub.

Both Venner and Joshi went on to discuss the event, with Joshi noting that the Cloud Foundry community has rallied around the platform to not only better open source but software development and cloud platforms as a whole.

“It has been interesting to see the momentum in the community that has gotten built around this project,” Joshi said.