RedisConf 2020: Why Redis Is More Than Just a Cache Provider

Redis Labs is still often seen as providing data caching capabilities — and is less known for its more advanced NoSQL database functions. This reputation represents a misperception, Ofer Bengal, CEO and co-founder of Redis Labs, said during his keynote at the RedisConf 2020 virtual conference last week.
May 18th, 2020 3:00am by B. Cameron Gain 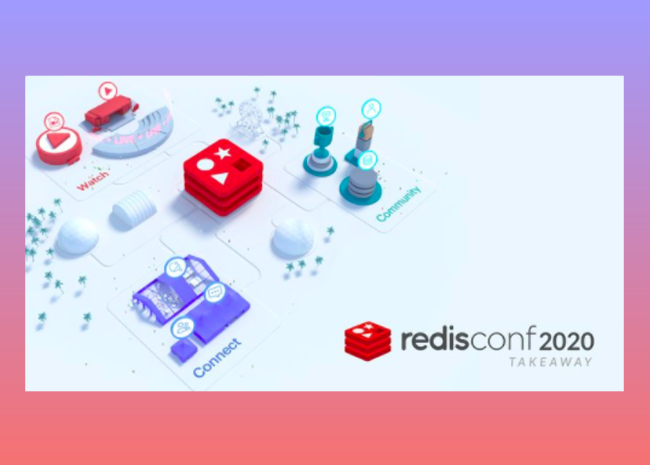 When Amazon Web Services (AWS) started offering ElastiCache with open source Redis NoSQL database, AWS effectively began to compete directly with one of its customers, Redis Labs. However, by then, the open source version of Redis was already just a starting point for organizations wanting to move beyond testing and becoming acquainted with its NoSQL database capabilities.

Redis Labs is still often seen as providing data caching capabilities — and is less known for its more advanced NoSQL database functions. This reputation represents a misperception, Ofer Bengal, CEO and co-founder of Redis Labs, said during his keynote at the RedisConf 2020 virtual conference last week.

While well known for its caching as well as associated flash memory caching for real-time data analytics and processing of large data sets, Redis also offers functionalities such as full-text search, time-series data and messaging and queuing capabilities. The database system functionality also evolved to handle dynamic and fast-moving datasets in a way that is conducive to highly distributed microservices data, for example, according to the company.

“However, many people still consider Redis as a very good caching system, but not as a database. Maybe this is because the memory is still perceived not robust enough or we haven’t done a good enough job, exposing to the community to the enhanced capabilities added to Redis over the years,” Bengal said. “Whatever the case may be, we hope that during this conference, you will rediscover Redis and its unique capabilities as a database.”

Besides providing an interesting virtual event, replete with a bar — which was never open when this writer ventured there — a Redis pong game and a chance to mingle on screen with other attendees, Redis announced new database tools and capabilities. The new Redis tools launched during the conference included: the RedisGears serverless engine, RedisAI and more details about the recent release of Redis 6.0 and to Redis Enterprise 6.0.

Redis Labs also said it had formed a partnership with Microsoft so that Redis Enterprise is offered as two new tiers of Azure Cache for Redis. The conference also featured a number of workshops, demos and Q&A sessions.

During a conference keynote, Alvin Richards, chief product officer for Redis Labs, said a new open source project was in the works, called RedisRaft. Richards said the algorithm for replicated state machines Raft will offer should “open up a whole new set of use cases” for data consistency. He said more information will be available this summer.

Bengal during his keynote was also upbeat about the long term, despite the tragic effects of COVID-19, which continues to reap much hardship around the world.

“I think we all realize that the world has changed, and will probably never return to where we were before,” Bengal said. “The new normal, according to most predictions,  will heavily rely on online services in almost all any field or category.”

Under the partnership, Redis Labs said Azure customers will benefit from Redis database functions, including Redis on Flash and modules. Eventually, Azure will rely on Redis to offer customers data a cache for hybrid-cloud architectures.

The enhanced cache capabilities Redis will offer Azure “will simply show up in customers monthly after bill,” Julia Liuson, corporate vice president, developer division at Microsoft, said during a keynote. “Working together, we will also deliver a simplified and streamlined support experience, Liuson said. “For customers with issues, we’ll simply call Microsoft first for any service issues, and we’ll appoint Redis Lab as needed on software related questions.”

RedisGears 1.0 Chief Technology Officer Yiftach Shoolman described during his keynote how RedisGears 1.0 was designed to reduce time for batch, transactional and event-driven data processing. The programmable serverless engine provides a pipe, known as a yield function, that serves a data conduit for code written with Python (compatibility with other languages are coming soon).

The key challenge in RedisAI’s development was to “make sure that the intelligent inferencing is fast,” Shoolman said.

Shoolman said RedisAI is an AI platform that runs inside Redis and relies on neural network processes and supports popular backend systems, such as TensorFlow, helping to make it “highly scalable,” Schoolman said.

Why Redis as a database and not just a cache. Redis creator Salvatore Sanfilippo on Redis 6.0’s client-tracking capabilities. @thenewstack @RedisLabs @RedisConf pic.twitter.com/GLHFOv1udq

Redis 6.0 includes ACLs to enable administrators to enhance operational security and reduce the risk of mistakes by users. By enabling more efficient deployment of these controls, users will be prevented, for example, from mistakenly accessing and flushing out data caches. For commercial customers, Redis Enterprise 6.0 allows administrators to better, scale their Redis ACLs with RBAC for more consistent policies across databases.

During his keynote, Richards said Redis 6.0’s new capabilities also lend credence to Redis Labs’ claims that Redis is a “database and not just a cache.”

“Authentication, encryption, global availability and consistency are all key aspects of the characteristics that you’d expect for a database,” Richards said. “When I talk about all these things in context, I’m talking about Redis as a database… And part of what we’re trying to do is to show you how Redis has evolved and changed over time.”

AWS and Redis Labs are sponsors of The New Stack.

BC Gain’s obsession with computers began when he hacked a Space Invaders console to play all day for 25 cents at the local video arcade in the early 1980s. He then started writing code for very elementary games on the...
Read more from B. Cameron Gain
Share this story
RELATED STORIES
Automate Anomaly Detection for Time Series Data How to Make SQL Easier to Understand, Test and Maintain A Way to Replicate Data at the Edge Combining Analyst and Machine Power to Drive Business Results Better Data Prep and the Importance of Metric Grain
Share this story
RELATED STORIES
Getting Started Using Scripts with InfluxDB Nvidia Shaves up to 30% off Large Language Model Training Times More Data Engineers Crave FAANG Jobs Obtaining and Storing Time-Series Data with Python How to Make SQL Easier to Understand, Test and Maintain
THE NEW STACK UPDATE A newsletter digest of the week’s most important stories & analyses.
We don't sell or share your email. By continuing, you agree to our Terms of Use and Privacy Policy.
TNS owner Insight Partners is an investor in: Docker.