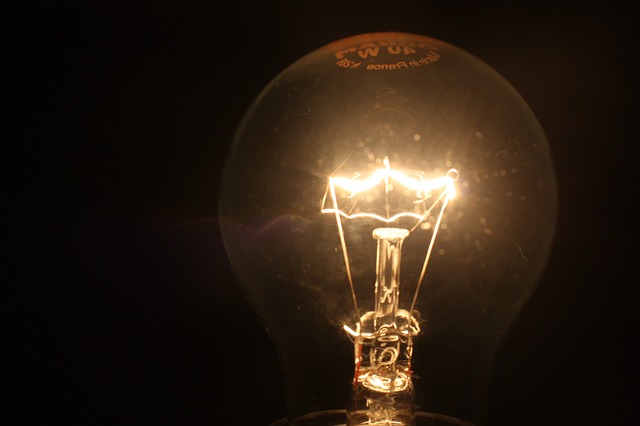 Throughout 2016 we have seen ever increasing interest and use of serverless technologies, as developers and system architects alike swooned at the promise, out forth by Amazon Web Services’ Lambda among others of running stateless functions without the need of procuring a server. In our podcasts through the year, we’ve examined many of the chief serverless products and services. Below are a few of these interviews. We looked at how Serverless, Inc. is reshaping AWS Lambda, highlight why standardization of container technology may be a step in the wrong direction, explore what serverless computing is at its core, and discuss how many of today’s application developers are breaking down their monoliths into streamlined, serverless-based microservices.

On this particular podcast, Michael Behrendt, IBM chief architect and distinguished engineer was joined by his colleague IBM Technical Program Manager Dr. Andreas Nauerz during the Cloud Foundry Summit 2016 in Frankfurt, Germany. Behrendt and Nauerz broke down the differences between IBM’s own OpenWhisk serverless software and the variety of serverless computing providers available to developers today, while also touching on how serverless workloads are executed, offering vital advice for those wondering if their application is built for serverless architectures.

Exploring the Pros and Cons of Serverless Computing with IBM OpenWhisk

“If you need lots of control, you usually go with VMs. If you don’t need that level of control, you go more with a serverless model where you don’t have to worry about caching of OS, monitoring infrastructure, or scaling. In my mind it’s not a good or bad scenario, it’s understanding the pros and cons and trading off between control and abstraction,” said Behrendt.

2: The Second Wave of Platforms, an Interview with Cloud Foundry’s Sam Ramji

As PaaS platforms have evolved from their isolated roots, the continued use of open source, connected service platforms are key pieces of many an infrastructure. In this particular episode, Cloud Foundry CEO Sam Ramji explored the evolution of the Internet of Things landscape and how it relates to serverless architectures, while also touching on the future of containerization and the increasing pressure to standardize the ecosystem. Billing serverless architecture more so as event-based systems, Ramji noted that serverless is ideally suited for IoT integrations such as, “IoT applications, such as a sensor array updating its value once per day.”

Ramji offered a sage piece of advice in regards to the standardization of the container ecosystem and today’s various cloud platforms. Simply put: Don’t.

“Kubernetes, Docker, and Cloud Foundry are all still fast moving projects. If you force them to depend on each other in an arbitrary way, you will actually die in implementation. We have to be wedded to the pragmatics of it. Don’t force premature standardization.”

3. Context: What Does Serverless Mean?

The question, “What, really, is serverless computing?” is one that many in the industry are afraid to ask, though they likely should. TNS writer Scott Fulton broke down the intricacies of serverless, joined by Mesosphere developer and developer advocate Michael Hausenblas, author of a 2016 TNS contributed article, “Making Sense of Serverless Computing”; and Chad Arimura, the CEO of Iron.io.

“Maybe we should attach an asterisk to “serverless,” followed by a footnote: “May contain some traces of server,” wrote Fulton, asking, “Does server-less-ness suggest that developers and operations professionals collaborate, or just participate in the same pipeline?”

4: How the Serverless Framework is Reshaping AWS Lambda

Fourth on our list is a discussion led by Serverless creator and founder Austen Collins, who spoke with TNS associate podcast producer Kiran Oliver to highlight the release of Serverless v1.0 earlier in 2016. The pair also discussed how the feedback of the open source community as a whole has helped to shape and guide the roadmap at Serverless, and the overall adoption of serverless technologies in today’s organizations.

The need for a plugin architecture was something both the community and Collins saw as a necessity for the Serverless framework on day one of its launch, with additional plugin integrations added as the developer community expressed interest in them.

“There are as many developer styles as there are developers out there. To meet all of these people’s requirements it was clear that we had to have a plugin architecture on day one and make it robust and easy to plug into. Furthermore, as a developer, I like to hack stuff. I think many other developers feel the same. If I can’t hack, modify, or extend [a piece of software], I tend to dislike it greatly.” said Collins.

5: From Monolith to Microservices with Iron.io

2016 saw many of today’s enterprises breaking down their traditional monolith applications into microservices. One such company was behind the social drinking application Untappd, having turned to Iron.io to help it enter the serverless ecosystem. TNS Founder Alex Williams caught up with Iron.io co-founder & CEO Chad Arimura and Iron.io sales engineer Doug Colburn on the DockerCon 2016 show floor for a quick discussion on how this was accomplished. In particular, a focus on helping developers abstract away from the internal management tasks involved in one’s infrastructure is one of the pillars Iron.io focuses on.

“By abstracting infrastructure from developers, it makes it simpler for them to just work. Whether that’s creating tasks or a payload. From the microservices side of things, it allows them to create a container that does one task and does it well. It’s moving from monolith to microservices, and this abstraction has now gone even further. Developers can focus on, ‘here’s my bit of code, it does this in its own release cycle, and now I don’t have to worry about the infrastructure,” said Colburn.

Overall, there can be no doubt that serverless computing and serverless frameworks will continue to shape how applications are developed, workloads are processed, and code is interacted with. Heading into 2017, the future of serverless technology looks bright, with more advancement to come as not only the open source community and toolkits continue to grow, but the continued interest in serverless from enterprise organizations as a part of their stack.

Docker, IBM, Iron.io, Mesosphere are sponsors of The New Stack.