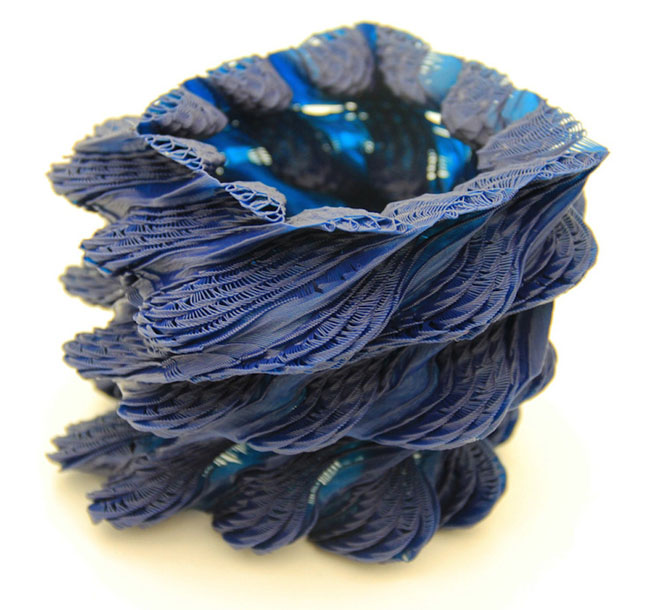 The modern digitization of music has changed our relationship to music. What was once experienced as one-off acoustic vibrations carried through the air has morphed into bits of data that can be recorded, disseminated, shared and remixed ad infinitum, whether in the form of files, or streamed in as a service from the cloud. We’ve moved beyond vinyl records, cassette tapes and CDs that we could hold in our hands, to an era where a whole library of thousands of songs can fit into our pockets — the ultimate dematerialization of what was once a physical artifact.

Synthesizing Music as a Multi-Sensory Experience

But what if we brought the tangible back into our music? That’s what REIFY, a Brooklyn-based startup is doing with its audio-to-physical design software called Harmony, which transforms sound waves into 3D printed sculptures of music that can be seen, held, “read” and played back as an interactive music experience by an augmented reality mobile app called Stylus. As CEO Allison Wood explains in the TED talk below, the idea is to let “you experience the sculpture as sound, and sound as sculpture.”

Printed out of materials like PLA, bronze and even coconut husk, the sculptures themselves have been dubbed “totems,” and are likened to a “3D music video” that would allow music lovers to experience something more “multi-sensory,” a “new kind of synesthesia” that would use technology to “bridge the analog with the digital.” It’s about translating something ephemeral and making it more real, says Wood:

We aim to collectively crowdsource a new visual language for sound and one that’s based on the human experience of the sound, not just the scientific attributes of it. 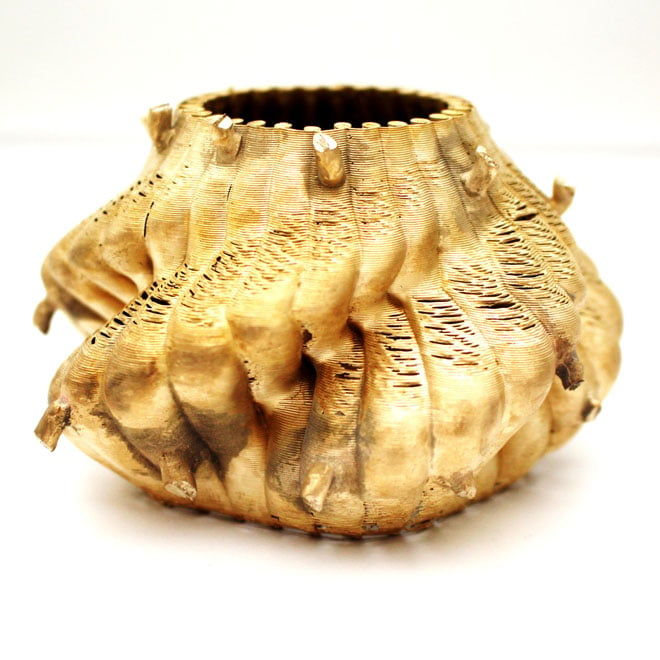 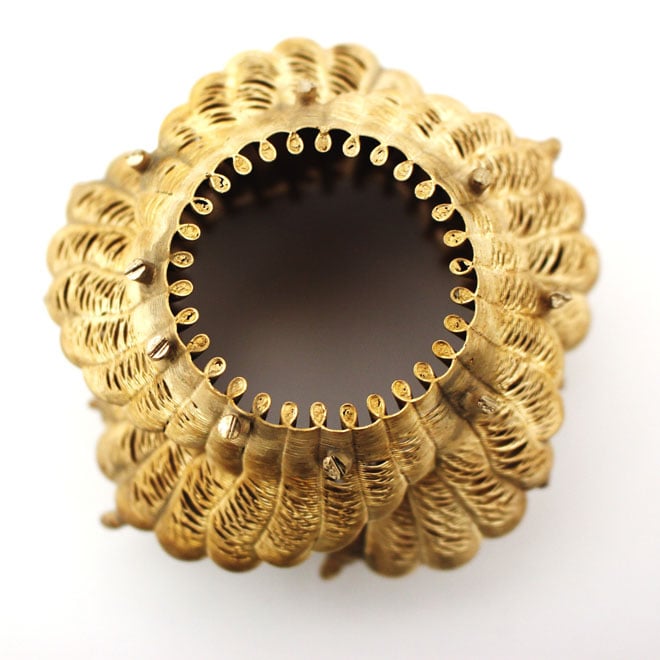 Besides offering a potentially new way to experience music, it could be a new way to bring music to the masses. To this end, REIFY is partnering with musicians to release their albums in the form of specially tailored totems, all designed with the artists’ creative vision and aesthetic in mind. 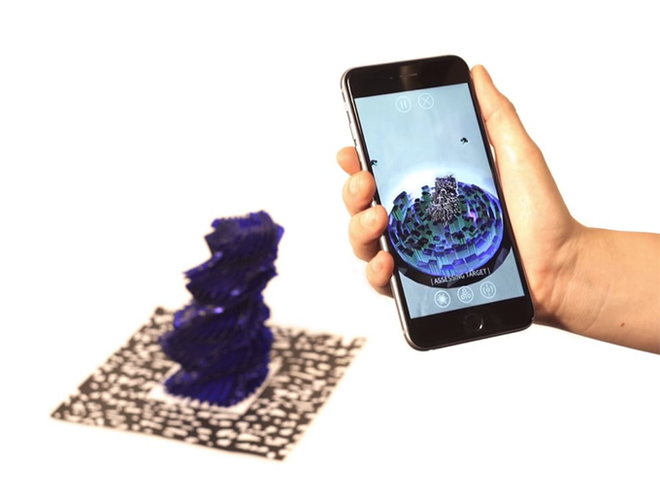 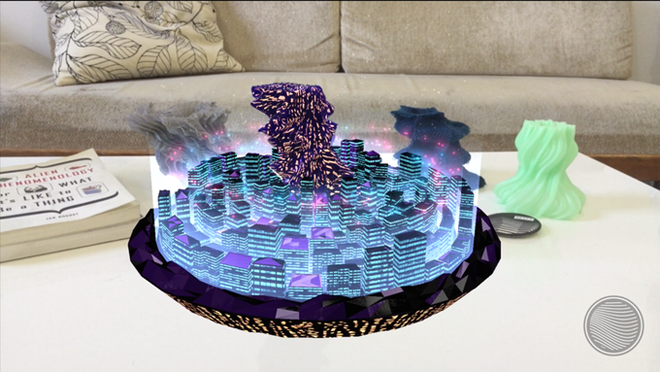 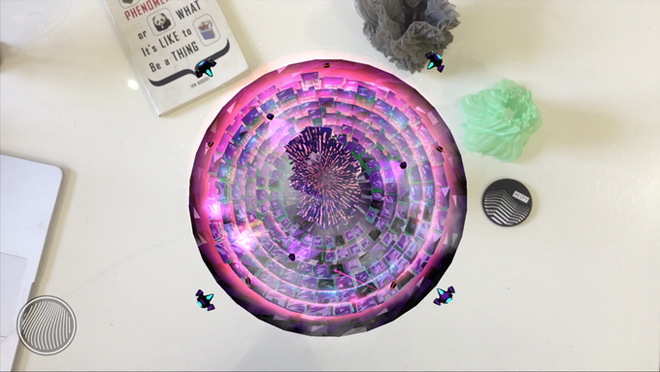 Using the Unity game engine and Vuforia, a vision-based augmented reality software platform, “interactive visual experiences” are encoded into these sculptures, which will play when a mobile device equipped with the Stylus app is pointed at it. So far, a number of bands have teamed up with REIFY to offer music in the form of digitally fabricated sculptures for the company’s Kickstarter launch. But as Wood points out in her TED talk, this doesn’t have to be confined to music alone — reification in this digitally fabricated sense could be applied to poetry, deep space sounds, or even time. 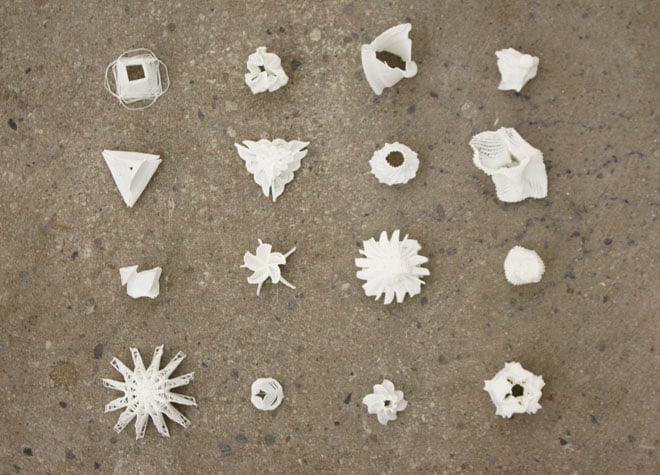 So what might this mean for the future of music consumption? The past couple of decades have seen tremendous upheaval in the music industry, and the abundance and flow of digitized music has meant that it’s harder for artists to get noticed. Now that music has been rendered into bits of data, the inherent value of music has to be expressed differently — whether it’s in the form of precious, art-like sculptures or even in the form of metadata that generates new user experiences. Making the immaterial more material is one way that tomorrow’s music could be processed in a new stack way, giving listeners a more holistic experience of sound that can be touched with the hands, and understood with the eyes. More over at REIFY and their Kickstarter campaign.