This week Paul Allen, one of Microsoft's original co-founders, died at the age of 65. Allen co-founded Microsoft when he was 22, along with Bill Gates. Just seven years later, in 1982, he was diagnosed with Hodgkin's lymphoma, and left the company (though he didn't resign from the board until 18 years later). But his Microsoft stock made him a multi-billionaire, and so he lived a life of spectacular investments – and left behind a trail of remarkable headlines.
Oct 21st, 2018 6:00am by David Cassel 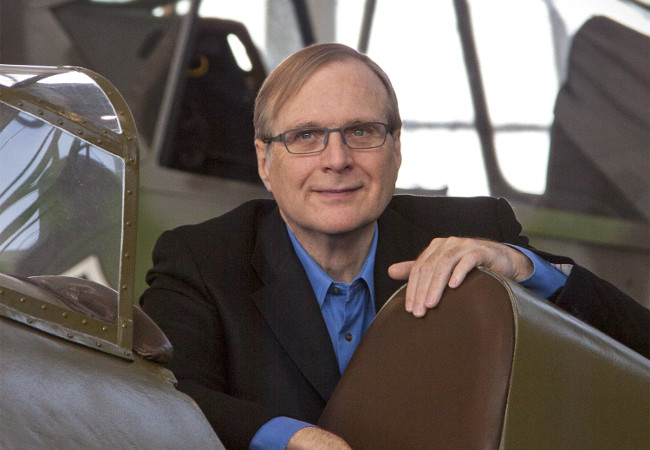 This week Paul Allen, one of Microsoft’s original co-founders, died at the age of 65. Allen co-founded Microsoft when he was 22, along with Bill Gates. Just seven years later, in 1982, he was diagnosed with Hodgkin’s lymphoma, and left the company (though he didn’t resign from the board until 18 years later). But his Microsoft stock made him a multibillionaire, and so he lived a life of spectacular investments — and left behind a trail of remarkable headlines. A small sample:

For the remainder of his life Allen also pursued what “60 Minutes” described as “a hodgepodge of many interests” in a 2011 interview with Allen: “He subsidizes an antenna farm listening for aliens. He showed us a Shakespeare folio he keeps at his estate. He likes football — he bought an NFL team. He likes basketball even more — he also bought an NBA team. He’s a movie buff, so he invested in DreamWorks, the Hollywood studio. He wants to travel, so he built himself a yacht longer than a football field, equipped with its own submarine.”

When Allen was 15 years old, a 13-year-old Bill Gates told him that “Maybe we’ll have our own company someday,” Allen remembered in his 2011 biography. During his senior year in high school, Allen had described Gates as a likable person who “loves computers and gadgets as I do … We fit together very well.” Allen estimates that over the years they saw 500 movies together. But the real cornerstone of their friendship was a shared interest in computers. 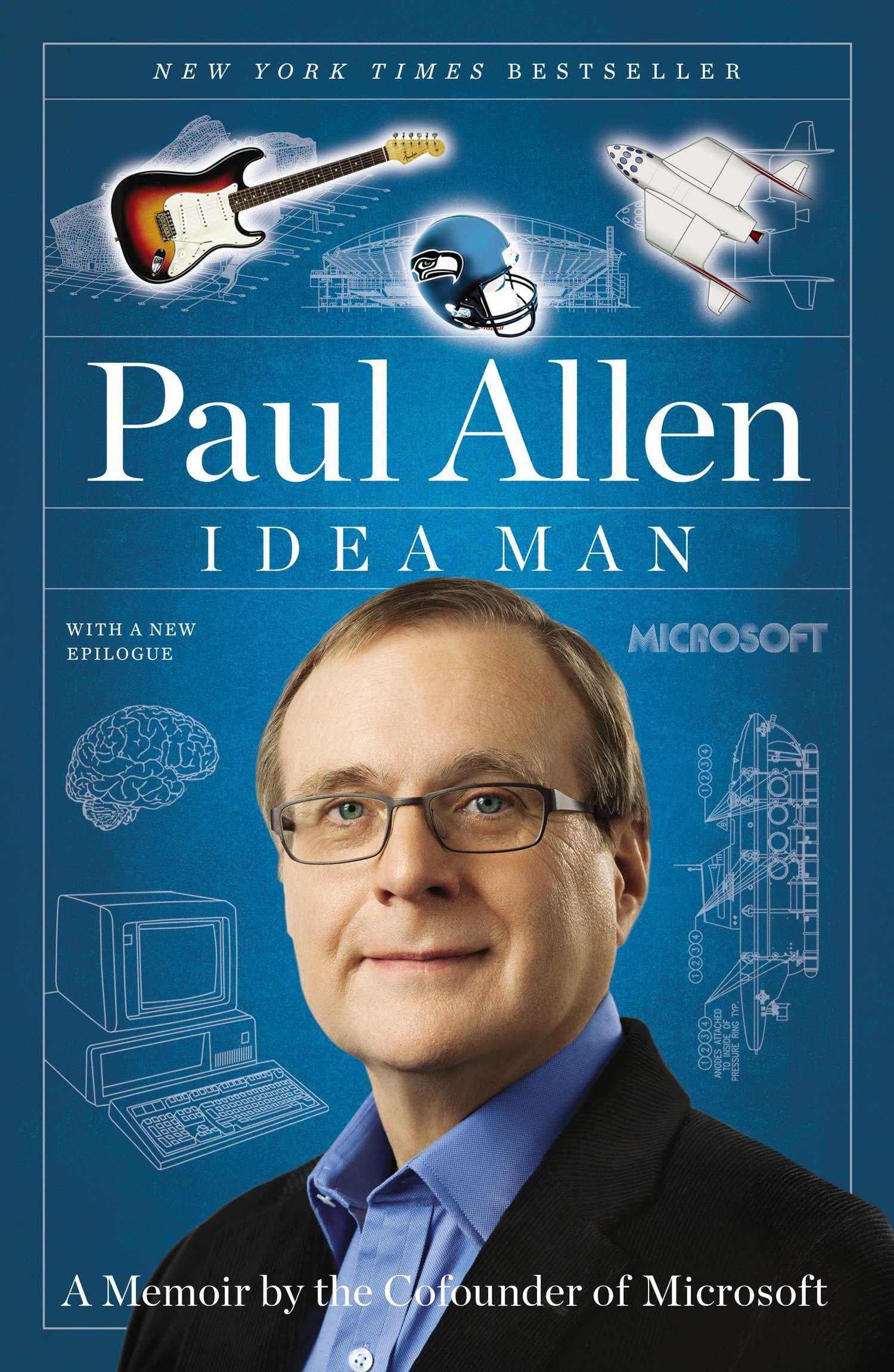 “Bill and I were both equally fanatical about learning everything we could,” Allen once told the Guardian. Their private school offered a terminal connected to a remote time-sharing system, and their enthusiasm led the two students to a gig as testers for a newly-installed PDP-10 mainframe across town which planned to rent out remote access. Once Allen stayed so late that the Seattle buses stopped running, and he had to walk the 40 blocks home.

They could be rapscallion teenagers, to get a peek at its TOPS-10 operating system, they would go dumpster diving in the building’s courtyard outside where the machine was kept, scoring coffee-stained teletype printouts that they’d then study for hours. While he was testing that PDP-11, the system’s hardware chief eventually gave Allen a manual explaining assembly code — and one for their operating system. Allen was never not sure if it was encouragement or hazing, but “Then as now, teenagers were often underestimated.”

With some friends from school (including Gates), Allen even formed a programming team that got hired to create a payroll program in COBOL. “We began to see ourselves less as hobbyists and more as people who just might make a living writing code.” One summer after graduation Gates and Allen wrote a scheduling program in FORTRAN for their high school, often working past midnight and sleeping on cots.

.@LivingComputers has now added a DEC KA-10 circa 1968. The workhorse machine for us Lakeside kids and the first 3 years of @Microsoft. Punched Altair paper tape that got us off the ground! Big thanks to Peter Lothberg. pic.twitter.com/VFBhsAojrZ

This work led to a phone call between Gates and Allen, then 20, about an enormous software project that was behind schedule — for the Bonneville Power Administration’s electrical grid. It became Gates’ “off-campus senior project” for his final semester of high school, and they both worked as part of a 40-programmer team in sunless underground facility in Vancouver.

But even while there, Allen was moonlighting on a second project that led them to the first microprocessor they ever saw — a $360 8008 chip, ordered as part of a scheme to automate a data processing gig Gates had taken for a company that measured automobile traffic. As part of their effort, Allen emulated the 8008 chip on his college’s mainframe. (The pair were still using that emulator nearly a decade later in the early days of Microsoft.) They had dreams of selling the hardware they’d created to read data collected about automobile traffic, but after eight years its gross receipts were just $6,631 (against losses of $3,494).

“By that time Bill and I were preoccupied with running another company in Seattle” Allen recalled.

From the experience, Allen caught an early glimpse of a future where microprocessors would perform the workloads of mainframes. When Gates went to Harvard, Allen got a programming job in Boston, hoping an opportunity would come along. Decades later, Allen opened his biography with that legendary moment in 1974 when he’d opened a copy of Popular Electronics, and read that a strange company called MITS was planning to sell the world’s first personal computer kit using a powerful 8080 chip. “I had no inkling that my life was about to change.

‘The weather was snowy and cold, and I was 21 years old and at loose ends… I had a dead-end job at Honeywell, a crummy apartment, and a ’64 Chrysler New Yorker that was burning oil,” he recalled in his autobiography. But in the midst of these humble origins, he called Gates “the one constant in my life those days…my partner in crime since we’d met at Lakeside School when he was in eighth grade and I was in tenth.”

“If we’d been older or known better, Bill and I might have been put off by the task in front of us. But we were young and green enough to believe that we just might pull it off,” Allen wrote.

Allen later told “60 Minutes” how they’d phoned MITS and insisted that they’d be glad to demo an operating system they’d written for their system. Did they have an operating system? “No,” he says with a laugh. “We had nothing.” But over the next eight weeks, they’d cobbled it together, “hell-bent on seizing the opportunity.”

Late at night, Allen would doze off in the middle of typing a line of code, then wake up hours later, “squint at the screen, blink twice, and resume precisely where he’d left off.” Allen remembers that they even wrote their operating system without access to the yet-to-be-completed Altair computer it would run on — or even to the microprocessor that would power it. But fortunately, they still had Allen’s emulator from their early attempt at a traffic-measuring device – and a student named Monte Davidoff who would write the system’s math subroutines.

Nearly four decades later, Allen remembered that “That 8080 package was quick and powerful, done about as well as it could have been. I’m still proud of that code today.” And Gates later told Allen it was “The best piece of work we ever did.” Allen adds that “It was a true collaboration. I’d estimate that 45 percent of the code was Bill’s, 30 percent Monte’s, and 25 percent mine, excluding my development tools…”

“As far as we knew, we were building the first native high-level programming language for a microprocessor.”

The big day came when the team flew out to the company’s headquarters in Albuquerque, New Mexico for a fateful demo. One book remembers that demand was so high for the new computers, someone was already camping in a trailer in the company’s parking lot. Tension was incredibly high — they’d never tested on an actual machine — but the historic test came when Allen fed their operating system into the tape reader, and then input “PRINT 2 + 2” and received a response of “4.”

“A wave of relief surged over me,” Allen later told “60 Minutes,” that “because I almost couldn’t believe it had worked the first time.” 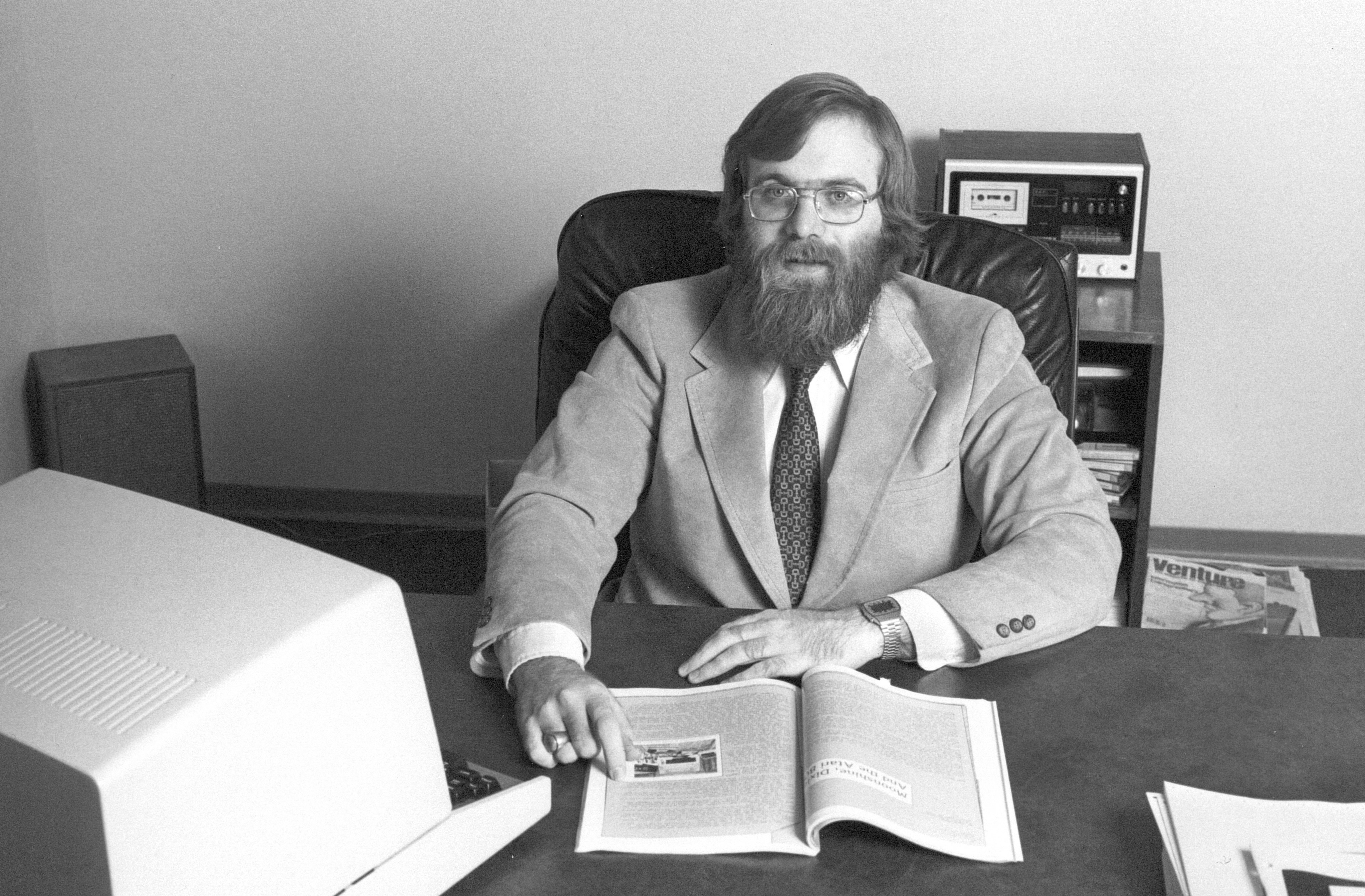 Within three years Allen had left operations at Microsoft, but while still owning over a third of the company. One reviewer on Amazon later argued that game-changing ideas at Microsoft “were somewhat lacking after Paul Allen left Microsoft. Instead, Microsoft became more like Gates, an entity that is ruthless, successful, and technically brilliant.

“Yet, Microsoft lacked a vision and played mostly catch up to other visionary companies and ideas (Netscape, Apple, smartphones, tablets, game consoles etc). I am convinced that Microsoft may have been a different and a more visionary company if Paul Allen had stayed.”

Allen would spend the remainder of his life as a multibillionaire — while remembering the Hodgkin’s lymphoma he’d been diagnosed within 1982. And the second time Paul Allen struggled with illness in 2009, a 53-year-old Gates came to visit him several times. “We had some great talks,” he told 60 Minutes, “and there’s a bond there that can’t be denied, and I think we both feel that.”

And one of his most poignant acts was quietly funding an exhibit called STARTUP at the New Mexico Museum of Natural History and Science, “to give back to the Albuquerque community where he and Gates spent their early professional years starting Microsoft.” He’d made sure that it also included the one and only “Traf-O-Data” machine he’d created with Gates and University of Washington student Paul Gilbert. “I wanted to pay homage to an obscure piece of hardware that played a critical role in the microprocessor software revolution.

“In my experience, each failure contains the seeds of your next success — if you are willing to learn from it.”

Such an amazing man that will be missed. #PaulAllen #Seattle #SoundersFC pic.twitter.com/WGMr4HkRSy

This week on his personal blog, Gates shared his own memories about his early days with Allen. “Even in high school, before any of us knew what a personal computer was, he was predicting that computer chips would get super powerful and would eventually give rise to a whole new industry.” Gates acknowledged that when he eventually did leave college so they could start Microsoft, “It happened because of Paul… That insight of his was the cornerstone of everything we did together.”

He shared some pictures of the two of them when they were still bright-eyed teenagers and the whole world waited before them. “Paul deserved more time in life,” wrote Gates. “He would have made the most of it.

“I will miss him tremendously.”