Remix OS : A Peek into The Future of Android on the Desktop 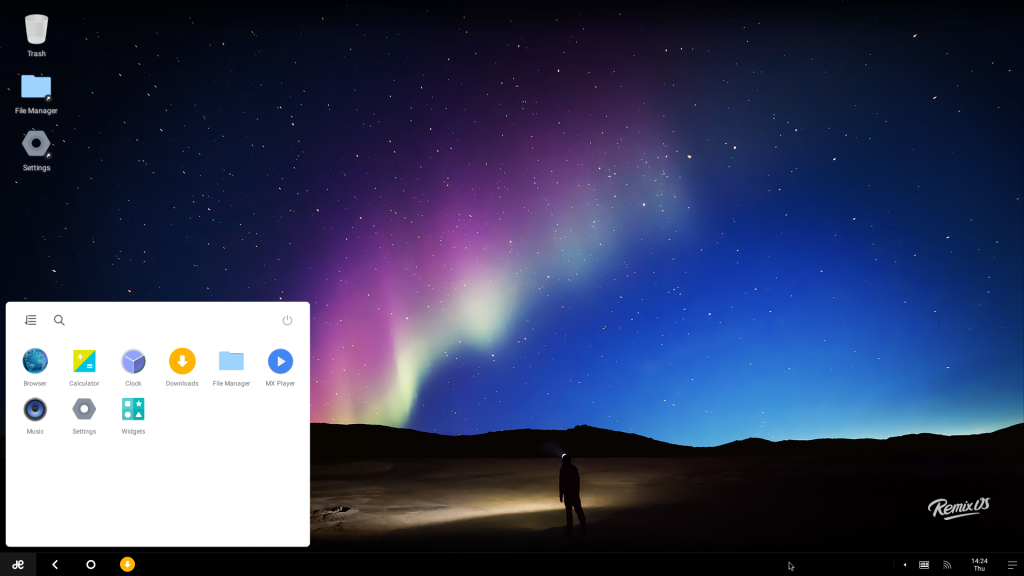 Remis OS is built on the Android-x86 project, an open source initiative to port the Android operating system to devices powered by processors using the x86 instruction set).

Since its original release in 2008, Android has grown to dominate most of the world’s personal computing devices. As of 2016, Android has the largest installed base of all operating systems, ranging from TVs, cars, to even wristwatches, and, of course, phones and tablets.

Built on the Linux kernel and optimized for low power/limited memory devices, Google’s open platform has become the obvious choice for the many companies that require a ready-made, lost-cost and customizable OS for their devices.

Despite Android’s ubiquity and open nature, Google hasn’t made much effort in creating an Android experience for desktop and laptop devices until recently. Another Linux-based operating system developed by Google, Chrome OS is focused on laptop devices but has yet to revolutionize the ultrabook and netbook markets.

Although Chromebook sales figures have been growing steadily, the major of that comes chiefly from the educational sector, presumably because of the low cost of most Chromebooks. Chrome OS isn’t quite a mainstream desktop operating system like Windows or OS X but Android may soon be moving in to fill up the gap.

The release of Windows 10 Mobile last year as part of Microsoft’s plan to unify their platforms into a single operating system may herald a larger move towards better software integration and consistency between mobile and desktop user experiences. With Android already dominating the computing device market and its massive App Store, it may seem obvious that Google will eventually move to merge their two operating systems. In fact, a report by The Wall Street Journal suggested just that.

Last year The Journal reported Google plans to fold its Chrome operating system into Android, effectively ending the Chrome OS project. Hiroshi Lockheimer, Senior Vice President of Android, Chrome OS and Chromecast later refuted this claim, saying “While we’ve been working on ways to bring together the best of both operating systems, there’s no plan to phase out Chrome OS.”

A Chinese startup founded in 2014, Jide Technology aims to “unlock the potential of Android in order to accelerate a new age of computing.”

The company’s first venture into the US market was a successful Kickstarter campaign for the Remix Ultratablet, an 11.6” 1080p tablet powered by the NVIDIA Tegra 4+1 with 2GB of RAM and running Android KitKat.

Already being sold in China, the Remix tablet was a hit, reaching its $100,000 Kickstarter goal in a single day. Although some critics had problems with its apparent similarities to Microsoft’s Surface tablet, its multi-window Android experience focused around productivity warmed a lot of people to the idea of an Android desktop experience.

Later last year Jide also released a 124 x 88 x 26 mm “mini PC” along with the 1.5 version of its Remix OS based on Android Lollipop, bringing a number of new features and updates to the platform. However, the most exciting release from Jide is this year’s Remix OS 2.0 for PC. With the help of the Android-x86 project, Jide’s Remix for PC by targeting Intel and AMD devices has helped Android enter the larger world of desktop computing.

When the Remix for PC alpha ISO was released last week for free on the Jide website, I immediately downloaded it to check out how much of their promises Jide actually delivered. Installing the OS for USB on my Windows 10 PC was very straight-forward. Jide includes a USB installation tool for Windows with the archive containing the OS ISO file.

It isn’t so easy installing the OS on systems running OS X and Linux, although Remix OS aims to run on any 64-bit x86 system, no installers for these OSes were provided. However, it is possible to install Remix OS for PC on your Linux or Mac system with a bit of work. I was able to install it on my Arch Linux laptop (but this should work for any Linux distro), adapting the steps for installing Android x86 by:

Save the entry and reboot your system, at boot time select Remix OS and voilà!

The Future of Android

After a week using Remix OS for PC I can’t say I will be using it in its current state as my primary operating system, but at this stage in its development, that’s fine. Using any software during alpha/beta stages may mean you get to be one of the first users to experience something new, but also, you should expect to find bugs (and find bugs I did).

I wasn’t able to get the OS to load on one of my older devices, presumably because of display driver issues, and sometimes the OS straight up failed to boot on my desktop due to the transfer speed issues in using an operating system through a USB stick. But those moments when the OS worked were a treat.

Although I had never used my PC as an Android device, the desktop interface provided by Jide was intuitive and felt surprisingly familiar. There really wasn’t a learning curve as it is in some ways, just another Android device. The OS by default comes with only a handful of Android apps including the AOSP browser, a file manager and MX Player; without the Google Play Store.

The exclusion of Google Play Services and other Google apps like Chrome, Gmail and the Play Store may come as a surprise to some as Jide had previously promised to include Play Services with the release. This is probably due to licensing issues at this point and may be resolved in future versions of Remix.

Despite not being included out the box, I was able to sideload Play Services and installed a number of my favorite apps via the Play Store. Remix’s window system works quite well in sizing app windows. Not all apps looked good on my 23” 1080p monitor, but those were mainly apps not optimized for large screen devices. 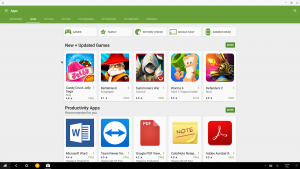 As Android continues to grow and run on more devices, it will continue to evolve to reach different markets and different devices. Remix OS for PC seems to be a significant step in that process. Although only in alpha stage (and quite buggy in its current state), with no official word on when to expect a full release, its existence exemplifies how malleable Google’s open source OS is.

Although Android was originally designed to run on touchscreen mobile devices (but also more recently also on TVs, cars, and wearables), Android x86, Remix OS, and other desktop experience oriented Android projects show it is possible for Android to be much more.

Even if Remix OS fails to become the leading desktop version of Android, its bold attempt to further the Android platform is, at least, admirable. Google has already acknowledged Android potential to reach laptop and hybrid devices with the Pixel C, perhaps Android N will continue this trend towards a unified user experience among the different classes of computing devices.