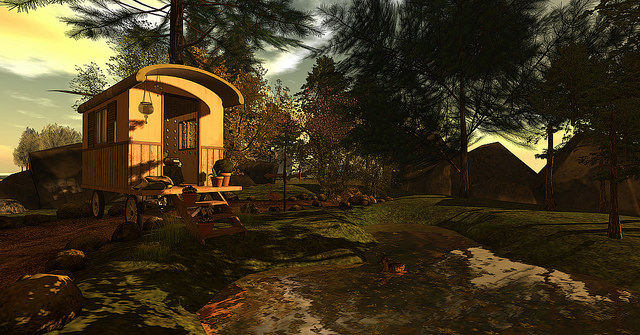 Since 2003, Bitnami has been an ever-evolving and prodigious provider of ready-to-run server applications and automation for the software supply chain. This company knows a good thing when it sees one. In March 2017, Bitnami bolstered its cloud software package management portfolio by acquiring Skippbox, a London-based startup focused on applications for managing the Kubernetes container orchestration engine.

The Skippbox acquisition contributed multiple Kubernetes projects to Bitnami’s briefcase, including Cabin — the first mobile app for managing Kubernetes applications on the go. Last week, Bitnami announced that Cabin, initially released by Skippbox in 2016, will become an open source project.

“Cabin is the only remaining project from our Skippbox acquisition that had not been open sourced,” said Sebastien Goasguen, Skippbox founder, and now senior director of Cloud Technologies for Bitnami. “Open sourcing Cabin allows us to be consistent with the rest of our Kubernetes offerings and to enable partners to contribute support for their platforms, like Azure Container Service and BlueMix Container Service.

Cabin functions as a mobile dashboard for remote management of Kubernetes clusters and, according to Goasguen, there is growing user interest. “As we’ve continued to develop Cabin since acquiring it, and expose it to partners and customers as part of our portfolio of Kubernetes solutions, Cabin has been gaining interest — particularly from Microsoft and IBM,” he said.

As work goes increasingly mobile, Cabin’s appeal for the out-and-about Kubernetes engineer is understandable. With Cabin, users can quickly manage Kubernetes applications with easy scaling of deployments, execute commands in containers, access logs, and even add or delete labels. It grants the ability to quickly add multiple clusters, and manage the Kubernetes resources that make up a microservices application.

“This is not a tool so much for development — it’s more for operators of k8s clusters and apps running on them,” explained Goasguen. “Cabin gives you handy access to your apps and clusters to perform quick remediation actions in case of incidents. Like scaling, labeling, checking pod logs, stopping scheduling on nodes.”

By way of example, consider these times when Cabin might come in handy.

Skippbox built Cabin with a vision for an operational system that leveraged the advanced features for k8s and its powerful API. An open development environment for the project will only accelerate Cabin’s evolution.”With Bitnami leading the development of monocular and other Kubernetes projects it became clear that we needed to open source Cabin,” Goasguen said. “Both to let the community add more functionality, and provide a unifying experience to launching applications on Kubernetes.”

It is a system that shows its full potential when coupled with alerting system and incident response scenarios. “We want to couple it with mobile notifications, support for all k8s cloud services, etc.,” Goasguen said. “In addition, since Cabin is built on React native, it could potentially even run as a traditional web app for enterprise use.”

Goasguen found that, when he merged Skippbox with Bitnami, his new company was equally excited about the convenience and flexibility that Cabin offers Kubernetes users. Bitnami plans to continue extending the app launcher capabilities — a growth curve that will only accelerate now that Cabin has gone open source. “Since Cabin contains a Chart browser and Helm connection- we want to work openly with the large community of Helm users and develop a consistent experience between our Monocular and Cabin usage,” he explained.

Other Kubernetes users are enthusiastic, as well. Microsoft is one of the organizations most keenly interested in “I’m excited to see Bitnami open source project Cabin. The strength of the Kubernetes ecosystem is the open, collaborative community. It’s great to see Bitnami contribute to that community,” said Brendan Burns, director of engineering for Microsoft Azure Container Services. “As DevOps goes mobile, tools like Cabin for managing your clusters while on the go are critically important. I’m looking forward to seeing where the community will take the Cabin project!”

“As we’ve continued to build out our Kubernetes project portfolio and engaged with strategic partners on those projects, we’ve seen exceptional growth in interest and contributions,” said Bitnami Vice President of Marketing Tom McCafferty.

“Additional open source projects from Bitnami where we are seeing traction are our Kubeless native serverless framework, the Kubernetes application deployment management tool Kubecfg  and the Kubeapps.com Kubernetes-ready application catalog,” he added.

And now Cabin. Both IBM and Microsoft, McCafferty said, are “eager to contribute and add support” for ACS and BlueMix container services in the now-OS app. Jason McGee, IBM Fellow and CTO of the company’s Cloud Platform, enthusiastically agreed.

“As someone who is truly obsessed with containers and always on the go, I’ve really enjoyed using Cabin and managing my clusters from anywhere,” said McGee. “Tools like Cabin will accelerate the pace of Kubernetes adoption. We are looking forward to contributing to this project and enabling more seamless integration with IBM Cloud.”

Take a peek under the hood for yourself at Cabin’s GitHub repo. Or go for the instant gratification of a free download: Cabin is available for iOS on the iTunes app store, or for Android on Google Play.

Feature Image: “On The Go Living with Sway’s” by Kylie_Jaxxon, licensed under CC BY-SA 2.0.

Downtime is Uptime: Hole in the Wall: On Food, Travel and Human Connection
June 28, 2021

The Open Policy Agent Journey from Sandbox to Graduation
June 28, 2021