“Render is one of the companies that is fulfilling the promise of invisible infrastructure on top of public cloud. It provides a platform that automates the operational role and enables developers to focus on building code rather than the often-repetitive tasks of setting up cloud infrastructure,”
Jun 5th, 2020 9:41am by Susan Hall 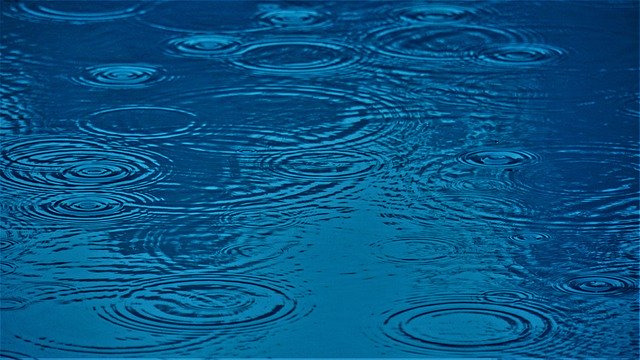 While helping to build out Stripe, one of the payment startup’s early hires, Anurag Goel, realized the company was spending way too much time and money on the mundane aspects of managing Amazon Web Services. And too much of it was a black box to even top engineers.

After he left the company, his own experience matched that of fellow ex-Stripe engineers — that even with Docker and Kubernetes gaining popularity, it was just too difficult to deploy apps online. That led Goel to create the cloud-hosting platform Render.

“We just saw immediate demand for something that was simpler than AWS, but gave people similar functionality, especially when it came to things like health checks, private networking,” Goel said.

“If you tell developers to set up a virtual private network, their eyes glaze over, and even sysadmins are not really looking forward to setting up VPC controls and security groups and firewalls and all of that. And the thing is, most applications … 70 to 80% of the applications don’t need all complexity that AWS has.”

Its concept is similar to Rancher Labs’ Project Rio for Kubernetes — to automate repetitive tasks.

“Render is one of the companies that is fulfilling the promise of invisible infrastructure on top of public cloud. It provides a platform that automates the operational role and enables developers to focus on building code rather than the often-repetitive tasks of setting up cloud infrastructure,” analyst Nicole Henderson wrote in a 451 Research report on the company.

Render is gaining customers from users of AWS, Heroku and sites like Digital Ocean, generally as a single static website at first, then more complex applications as clients experience how easy it is, Goel said.

The Pete Buttigieg presidential campaign moved to Render from GKE. Shreyes Seshasai, technical lead for the campaign, said it deployed more than 20 services on Render.

“We moved to Render from a major cloud provider because it was the best solution that could help our small team of four software engineers meet the massive scaling and flexibility needs of the campaign,” he said.

At the end of each presidential debate, when Buttigieg directed people to his website, Render handled “crazy amounts of traffic” — tens of thousands of requests per second, Goel said. It continues to serve over a billion requests every month as traffic across its user base has continued to swell by word of mouth, even during the COVID-19 shutdown, though he’s not really sure why the shutdown has accelerated things.

Render is built everything to be provider-agnostic. Its server infrastructure uses Go, Docker and Kubernetes. Its dashboard is built with React and GraphQL; PostgreSQL and Redis for storage and caching; and Let’s Encrypt for SSL management.

Render’s cloud platform runs on AWS and the Google Cloud Platform (GCP). Users connect their GitHub or GitLab repository to the platform, which handles all the deployment and configuration, including setting up and deploying virtual private cloud, databases, storage, web servers, security groups, firewalls and load balancing. It also automates scaling, monitoring and alerting around performance.

“From a simple website to, say, complex Elasticsearch clusters or Kafka clusters, we make all that possible in a way that our users find much easier than anything else,” Goel said.

He pointed to adding a persistent disk to an app among the things Render makes easier.

You can just do that by telling Render the size of the disk you want and the mount point for where your application is going to read it. Render takes care of backups, that it’s always up and running. And every time you deploy a new version of the application, you don’t have to worry about which zone it’s running in.

Another easier piece is setting up private networking. It’s all UI-based and you create it just like you would web service.

“You give us certain key pieces of your app, which is how to build it and how to start it. And we either deduce everything else or in certain cases, we give you sort of advanced options to fill in for your app where you need more flexibility.

“And once you’ve started a private service, you don’t have to worry about service discovery. You don’t have to look at IPs ever. These are internal IPS. And we just give you a service and internal service URL. …If it’s a private Redis instance, or Elasticsearch instance that you don’t want to expose online, it just it’ll just be Elasticsearch: 9200, and it’s only available within your own network, and no one else can see it. It’s not accessible from the internet, other Render users obviously have no way to access it.

“Private networking is just extremely complex to set up today. And we’ve seen a lot of people be really excited about how easy it is with Render, and some people have been able to build apps that they wouldn’t have, simply because it was too complex on AWS,” Goel said.

The ease of setting up a cron jobs is one of the fastest-growing growth areas for users of Render.

The whole move to the cloud has been essentially from running your own VMs to using a provider’s VMs, and Goel advocates abstracting that away.

“The history of computing is always increasing levels of abstraction. And we believe I believe strongly that infrastructure needs to be pulled kicking and screaming into the next abstraction there, which is just run your service. Don’t worry about servers. Don’t worry about scaling. And that’s why we’re seeing so much hype around serverless. Render is serverless in the sense that you don’t have to think about servers at all,” he said.

Render launched in April 2019, announcing a $2.25 million seed round from General Catalyst and the South Park Common Fund. In October, it beat out 20 other early-stage startups, winning $100,000 through the TechCrunch Startup Battlefield competition at Disrupt SF 2019.

“Application developers clearly want to focus on the functionality and usability of their work, and not on server setup, deployment, and scaling. Render is enabling exactly this focus,” said Steve Herrod, managing director at General Catalyst.

Render’s platform is priced based on the resources required to run a customer’s app. While not less expensive than AWS or others, “the company says its customers get more value and save money through the automation of tasks that would otherwise require a DevOps engineer, which are particularly expensive (and competitive) for startups in the Bay Area,” Henderson noted.

While focused for now on the needs of individual developers and startups, it hopes to grow with its customers as Stripe did, Goel said, adding functionality as their needs grow.

The company just added a hosting region in Europe and plans to add one in Asia later this year. It plans to add more managed services — Redis, Kafka, Elasticsearch — and improve its existing managed Postgres service, he said. It also just launched an add-on marketplace for third-party services such as logging and monitoring.

Amazon Web Services and Redis are sponsors of The New Stack.

Image by Mylene2401 from Pixabay.

Susan Hall is the Sponsor Editor for The New Stack. Her job is to help sponsors attain the widest readership possible for their contributed content. She has written for The New Stack since its early days, as well as sites...
Read more from Susan Hall
SHARE THIS STORY
RELATED STORIES
Netlify Acquires Gatsby, Its Struggling Jamstack Competitor Why Trust and Autonomy Matter for Cloud Optimization OpenAI, ChatGPT and the Next Age of 'Build'  Streamline Event Management with Kafka and tmctl Crypto Winter Puts Dampener on Web3 Developer Growth
TNS owner Insight Partners is an investor in: The New Stack, Docker.
SHARE THIS STORY
RELATED STORIES
Feature Flags Are Not Just for Devs Anil Dash on Mastodon Joining Fastly’s Open Source Program State of the API: Monetizing API Deployment Is on the Rise How Foursquare Transformed Itself with Machine Learning Boost Customer Engagement with Real-Time Data
THE NEW STACK UPDATE A newsletter digest of the week’s most important stories & analyses.
The New stack does not sell your information or share it with unaffiliated third parties. By continuing, you agree to our Terms of Use and Privacy Policy.