How the startup Replex is focused on taming the costs of Kubernetes.
Jul 1st, 2019 12:00pm by Susan Hall 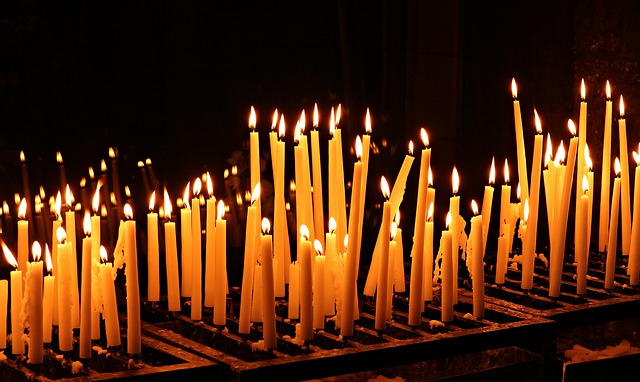 Cloud native architectures bring with them myriad challenges, among them understanding how much it will all cost.

“I don’t think anyone has this down to a hard science with dollar figures” so far, Joe Beda, chief technology officer and co-founder of Kubernetes container integration vendor, Heptio, previously told The New Stack in reference to microservices.

The startup Replex, however, is focused on taming the costs of Kubernetes.

“With the adoption of Kubernetes, people are using it on large systems with hundreds, sometimes thousands of systems involved. Large enterprises try to use multicloud providers to deploy their workloads. The benefit of Kubernetes is that it is transportable across multiple cloud providers and they can start leveraging the cloud providers against each other. But at the same time, they lose transparency into cost and cost allocation especially,” said Patrick Kirchhoff, CEO and cofounder.

With Kubernetes, there’s a new abstraction layer between the infrastructure and the actual workload, the container.

“Let’s say you have 100 EC2 instances at Amazon and you have a large Kubernetes cluster on top of it, and you have five or six software teams within your organization that deploy on this cluster, it’s hard to tell exactly who spent what. To allocate the cost of teams, applications, it’s hard to optimize it because it’s not obvious who’s consuming what,” he said.

The decentralization of IT, which he considers a good thing because now developers are more autonomous, means they can deploy the infrastructure on their own. But they always over-specify capacity because they don’t want to run into trouble in production. So they always ask for more CPU, RAM and other resources on than needed, so they’re wasting a lot of capacity, even more than the operators before them, he said.

“Developers request the size of pods and containers, the limits for containers and there’s a lot more idle resources. They don’t have insight into how much is actually idle, and that’s where we try to engage them with dashboards where they can actually see how many resources they have idling and how they can adjust this,” he said.

The German co-founders have established the company’s headquarters in San Francisco. Its customers include startups like marketing technology firm Exactag and mobile advertising company Vungle, as well as a global footwear company and a major retailer based in the United States. Using Replex, customers have been able to save as much as 30 percent in cloud costs, the company says.

It approach involves collecting data from the systems, an optimization engine, visualization and reporting. You can use your own scripts to gather data from physical servers, cloud instances, virtual machines and more. You also can connect to other third-party data sources through its REST API.

“We connect to all cloud providers through APIs to get information about the cloud instances. We connect to the Kubernetes clusters as well. We pull historical metrics from Prometheus as well as other data sources if they are available that contain time-series information like historical CPU and utilization. Then we correlate it. We analyze whether the pod configuration is the right size and provide information on how to shrink or increase the pod size,” Kirchhoff said. 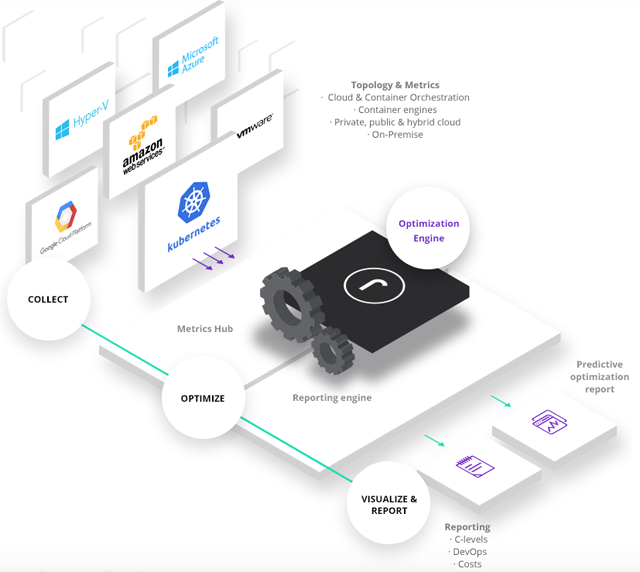 The dashboard, in addition to showing overall costs — both daily and monthly — breaks it down by individual namespaces and teams. It delineates utilization for each individual resource: CPU, RAM and disk.

The resulting information enables leadership to see which teams and developers are more efficient and which are over-provisioning, which didn’t necessarily go over well among developers, Kirchhoff said.

It since has begun trying to enlist developers in the quest for greater efficiency.

“We try to engage developers, rather than just finger-point [with] financial management or cost-management tools, he said.

“We have bots in our software where you can see the most efficient teams. We have customers who are giving a bonus to the most efficient team, and everyone was optimizing because they wanted to have the team bonus. We think that works better than just selling them just a [cost calculation] tool, because that’s not the language that developers speak.”

Seth Vargo, a developer relations engineer at Google, in a previous post at The New Stack, said that Kubernetes might not be the most cost-efficient option for a small company. Replex could help point that out.

“When we come into lateral organizations, enterprise organizations that are early in their journey, maybe they’re playing around with Kubernetes in some test environments, they’re creating a plan for their future platform. Then we come in and are establishing a cloud-native cost model. That’s a good way to allocate costs internally and do charge-backs,” Kirchhoff said.

The technology gives customers the ability to optimize performance, as well as to manage and enforce governance policies.

The company also is focused on compliance and will be rolling out features later this year enabling organizations to check against compliance frameworks.

Last month, Kubecon + CloudNativeCon EU showed huge adoption curve for Kubernetes with topics like security being addressed in the market. Compliance and cost management are the next topics, Kirchhoff said.

“This is important for enterprises. They need to solve it before they roll it out across the whole organization,” he said.

Replex fills a need in the market, according to Florian Leibert, co-founder and CEO of Mesosphere, a member of the Replex board.

“We’ve hit a tipping point where most companies know they need to modernize their infrastructure with Kubernetes and hybrid cloud environments, but many of them are still trying to understand the trade-offs between the benefits like agility and portability along with new challenges for managing sprawl, cost, operational efficiency, and governance,” he said.

“There’s some fear that with these new methodologies will be a loss in control and visibility while adding considerable added complexity. This is true in many regards, but Replex addresses these gaps by giving cost centers and IT managers visibility across their organizations’ infrastructure and development teams, while also supporting the DevOps and CI/CD pipeline by shifting more accountability for cost and resource utilization left to the development teams.”

Kubecon + CloudNativeCon EU is a sponsor of The New Stack.

Susan Hall is the Sponsor Editor for The New Stack. Her job is to help sponsors attain the widest readership possible for their contributed content. She has written for The New Stack since its early days, as well as sites...
Read more from Susan Hall
SHARE THIS STORY
RELATED STORIES
Testkube Moves to the Cloud in Beta Release Kinsing Malware Targets Kubernetes Why Your Kubernetes Ship Is Sunk without Machine Learning How to Simplify Kubernetes Updates and Reduce Risk A Look at Kubernetes Deployment
TNS owner Insight Partners is an investor in: The New Stack.
SHARE THIS STORY
RELATED STORIES
4 Ways to Use Kernel Security Features for Process Monitoring Docker Swarm, a User-Friendly Alternative to Kubernetes Data, Analytics and AI: What Will Happen in 2023 A Look at Kubernetes Deployment Kinsing Malware Targets Kubernetes
THE NEW STACK UPDATE A newsletter digest of the week’s most important stories & analyses.
The New stack does not sell your information or share it with unaffiliated third parties. By continuing, you agree to our Terms of Use and Privacy Policy.