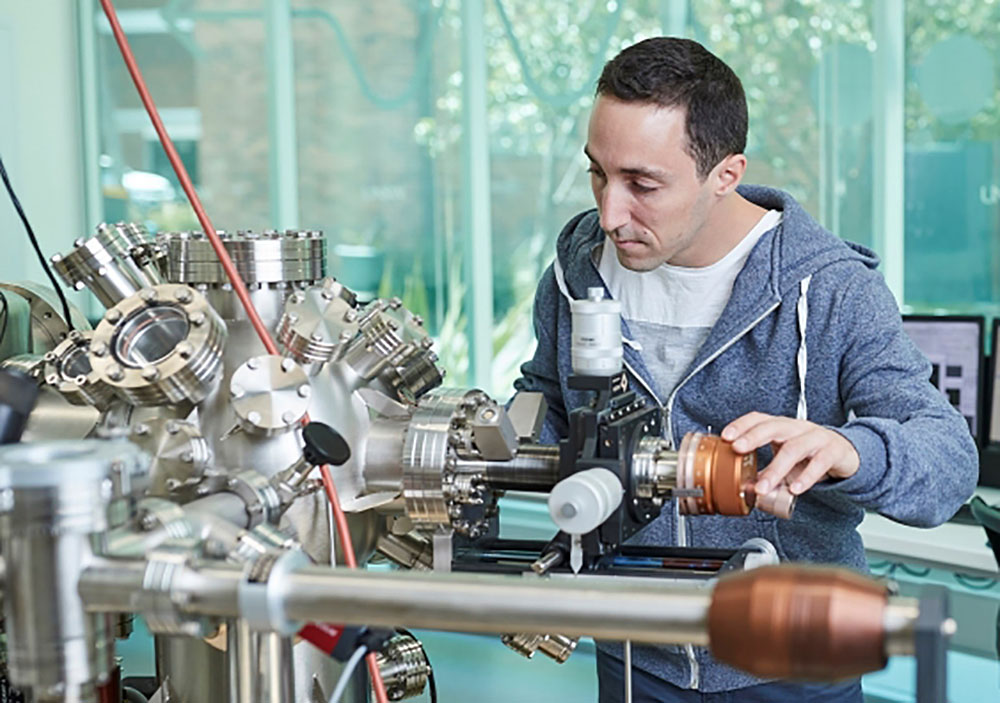 For a number of years now, there has been a lot of speculation around the possibilities (and limitations) of quantum computing. Simply put, many experts believe that quantum computing — which relies on the unusual laws of quantum mechanics to encode and process information — may be the answer to the increasingly complex computational demands of current artificial intelligence development, modeling complex systems, as well as improving cybersecurity in order to build an unhackable internet.

But we’re still a long way from developing a reliable quantum computer, with current research focusing on how to make quantum computers more accurate, much smaller — and hopefully connected in stable, long-distance quantum networks. Researchers at Australia’s Centre of Excellence for Quantum Computation and Communication Technology (CQC2T) and Silicon Quantum Computing (SQC) have made one step toward those goals by discovering the optimal positioning for qubits in silicon, which will help to create consistently strong and fast interactions between qubits, and scale-up quantum processors in the future.

“This work is about controlling the interactions between qubits made of phosphorus atoms in a silicon crystal,” explained Sven Rogge, a professor of physics at University of New South Wales who led the research, recently published in Nature Communications. “Interactions between qubits are key to operate a quantum processor: without such control, it is impossible to reliably scale up from few-qubits prototypes to full-fledged processors looking to provide a quantum advantage.”

The team’s work tackles a long-standing issue around how to make qubit interactions more robust. Specifically, the core components of a quantum computer include two-qubit gates, which utilize the interactions between qubit pairs to perform quantum computations.

Over the years, prior work in the field has indicated that certain positions in the silicon crystal result in oscillations that could hinder the ease of control and the operational speed of qubit gates. However, the team’s work shows that it is feasible to measure and precisely place qubits in a way that will make the interactions between qubits more resilient, and therefore potentially pave the way to scaling up multi-qubit processors.

This is possible because of silicon’s anisotropic structure, which means that its properties (and the nature of the interactions between atoms) can change depending on the direction that the atoms are placed. One can find an analogous example in wood, where the material is easier is split in two when going “with the grain,” as opposed to cutting it perpendicular to the fibers. Though the anisotropic nature of silicon has been known for many years now, it wasn’t clear how this property would affect qubit interactions.

“It is impossible to discriminate between valley interference [of oscillations] and anisotropy effects when measuring the exchange interaction in conventional qubit devices, because those measurements cannot be traced back to the extent of the qubit wavefunctions or to the precise position of the atoms,” explained Rogge. “In that sense, the device is a black box.”

“Our quantum state imaging technique opens the box, we can see the atoms and have direct access to atomic-scale details of their wavefunctions,” said Rogge. “For the first time, it becomes possible to see the valley interference and the anisotropy effects separately, which therefore opens the possibility to further explore the impact of the anisotropy on the exchange to optimize qubit placement.”

a) Diagram of a 2D-array of single electron spins bound to phosphorus atoms in silicon. Two-qubit operations happen between nearest neighbors, i.e. red/green spin pairs. b) Anisotropy in silicon (top); interactions (yellow) result from the wavefunction overlap between the two atoms (bottom). c) Experimental real-space map of the wavefunction of paired qubits.

By using this quantum state imaging method, the team was able to observe atomic-scale interactions between paired qubits. These investigations led them to discover a particular angle within a particular plane of the silicon crystal where the interactions between qubits are strongest — an optimal positioning that can be then be reproduced via existing scanning tunneling microscope (STM) lithography, which was also pioneered at UNSW.

“Scanning tunneling microscopy has a long-standing history of local spectroscopy used to image atomic systems,” Rogge added. “This combination of imaging technique and image recognition is a starting point for our latest paper to link the geometric valley interference effect to the position of the atoms.”

The team’s seemingly small but significant discovery will have a big impact on the eventual large-scale commercialization of stable, silicon-based quantum computers.