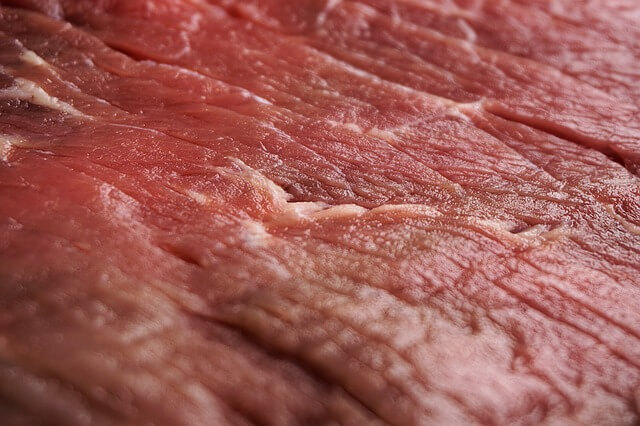 Are your intestines about to join the Internet of Things?

Maybe. Illinois researcher Andrew Singer, who’d previously worked with ultrasound on Navy submarines, realized that the same underwater transmission techniques could be used to improve the current crop of medical devices that are being used to transmit data from within our bodies.

The connection to underwater data transmission apparently seemed obvious to Singer, who told New Scientist, “You’re a big bag of salt water, with some bones and some other tissues.” So he bought some pork loin and beef liver — still wrapped in plastic — and led his research team in an experiment that proved that standard commercial transducers could, in fact, transmit data through meat.

And now we know that we can now stream data through meat. And not just a trickle. Singer’s experiment measured data speeds of up to 30 Mbps, which he pithily described as “enough to watch Netflix, for example.”

Most medical devices today are using radio frequency signals, which limits the bandwidth available quite a bit, and also has some inherent issues with signal loss. But switching to “induction signals” would open the possibility of high-definition video, being transmitted in real-time from within the body.

The first use case could be for cardiac patients — think pacemakers and defibrillators — but ultimately the technology could be for everything from glucose monitors and insulin pumps to ingestible cameras that send pictures back from inside the digestive tract.

“You can imagine a device that is swallowed for the purposes of imaging the digestive tract,” Singer said in a statement, “but with the capability for the HD video to be continuously streamed live to an external screen.” 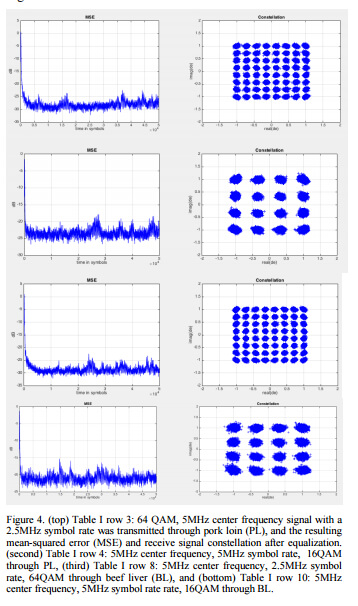 And Popular Science noted another advantage: we’re already using ultrasound now to take images of the body, and have been for decades, so it’s a technology that’s widely accepted as safe and effective. In fact, their biggest concern seems to be hackers. “If devices are going to send data via ultrasound, researchers might just have to make sure they encrypt that data.”

But the researchers’ next challenge will be proving it works in different kinds of tissue and multiple layers of organs. Akram Alomainy, an Associate Professor at the Queen Mary University of London, told New Scientist that data might be slowed by the different layers of tissue in a human body.

But Singer and his team keep on persevering — even if the science tabloids find it a little bit weird. “This may seem like science fiction today,” Singer said in a statement, “but at the root of science fiction are questions about what is possible.

“We wanted to show that it was possible, and engineering is about always reaching toward that adjacent possible.”

SHARE THIS STORY
RELATED STORIES
The Power and Ethical Dilemma of AI Image Generation Models Golden Paths Start with a Shift Left 2022 in Review: AI, IT Armies, and Poems about Food CES 2023: Robots, Astronauts, Schwarzenegger and Flying Cars How to Get Started Filling 3.4 Million Cybersecurity Jobs
SHARE THIS STORY
RELATED STORIES
How Jit Builds a Platform Engineering Mindset in the Cloud 2023 Will Be the Year FinOps Shifts Left Toward Engineering Entrepreneurship for Engineers: Building for Customers’ Love Platform Engineering Won’t Kill the DevOps Star Java's James Gosling on Fame, Freedom, Failure Modes and Fun
THE NEW STACK UPDATE A newsletter digest of the week’s most important stories & analyses.
The New stack does not sell your information or share it with unaffiliated third parties. By continuing, you agree to our Terms of Use and Privacy Policy.