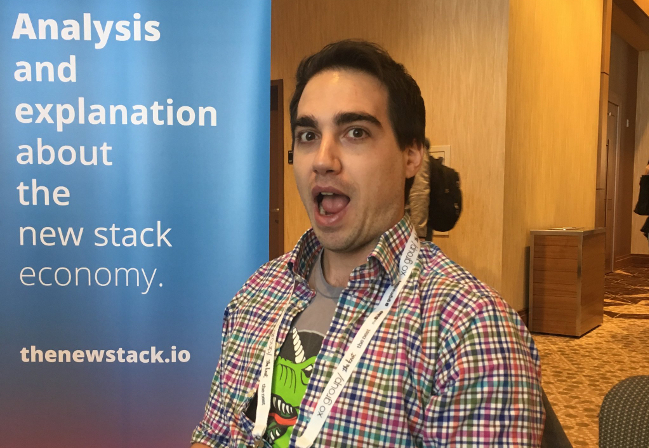 Warehouse.io is designed to support modular UI development by offering programmatic guarantees of finding the latest modules, and by making rolling back to earlier versions as painless as possible.

“There’s a lot of upstream dependencies that you might have in your server deployment. You might be using Kubernetes, Consul, and the team administrating that might be different than your front end team. Often times, the front end developers are dependent on backend for deployment. As we grew the front end team, we knew we needed them to own their own deployments. Building out a deployment system based on npm specifically for front-end assets made sense,” said Robbins.

As the UX Platform Director of Engineering, Robbins found motivation for creating Warehouse.ai in the work that his teams perform on a daily basis. As such, Robbins utilizes Warehouse.ai to ensure GoDaddy’s global offices are using the same version of available assets and are working with the same shared user experience. Robbins explained that where the process had once been manually configured, it was now automated via Warehouse.

Overall improvements to Warehouse.ai are something Robbins hopes to see the community contributing to in in the future of the recently open-sourced project. When it comes to testing the newly added features in Warehouse, Robbins hopes to test a hypothesis that rather than push new builds directly into production, Warehouse should trigger a canary build to test against. For testing overall, Warehouse.ai has implemented a string of checks that users can arbitrarily set how they choose.

Robbins was quick to note that when using open source software, developers must do their due diligence to ensure they won’t be stuck maintaining something the creator walks away from. “There’s a quote I like, ‘By using some open source project, you are implicitly saying you are agreeing to maintain it if the author decides they don’t want to anymore,’ said Robbins.