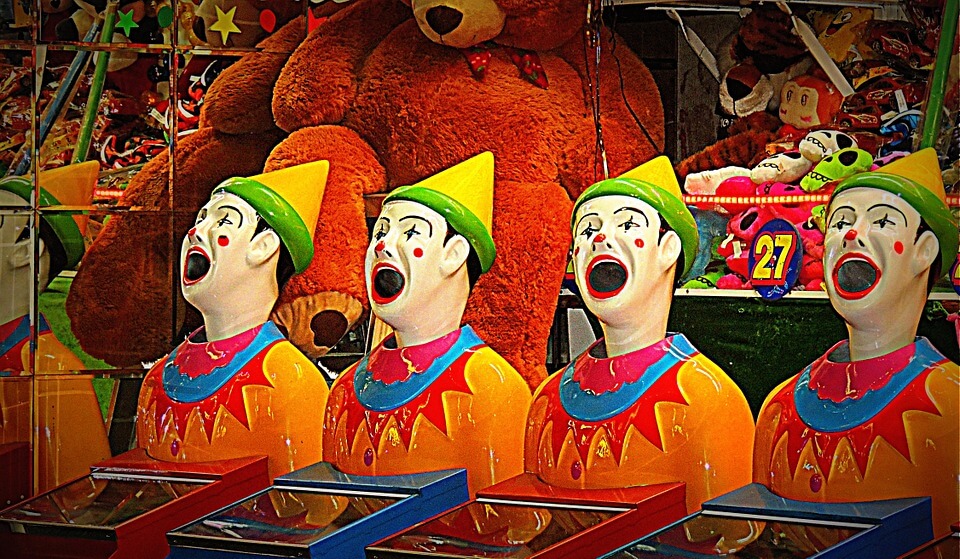 Sometimes in the hype-filled world of information technology, it is the hearty guffaw that reveals the emperor is wearing no clothes. So here are five Twitter accounts that offer the wisdom-of-the-fool in an economical 140 characters or less.

Once upon a time, Twitter audiences discovered Sarcastic Rover, a feed that pretended to be penned by NASA’s robotic explorer, stranded on Mars. It’s still out there, now complaining that this year’s Oscars ceremony lasted longer than NASA’s Opportunity rover (which began suffering hardware failures in 2014).

But now there’s the “Sardonic Server.”

“Why do you care so much about encryption? Your data is practically unreadable as-is,” it quipped last month.

Like any good Twitter humorist, this server knows how to make its point with an image. For example, Sardonic Server illustrated that unique thrill of new hardware arriving in the data center with an animated clip from 2001: a Space Odyssey. 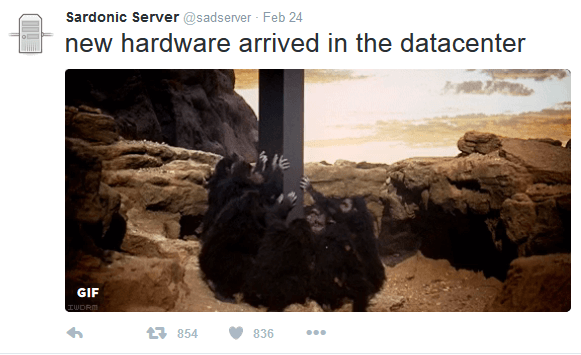 Occasionally it switches its aim to the unfeeling bureaucracy which plagues professional geeks: “Due to budget cuts, only one in every three alerts will be delivered.” But its favorite targets seem to be the hubris of geeks:

i can't write the errors to disk as fast as you're creating them.

And sometimes it even seems to be mocking the whole geek hive mind:

Sure, you’ve heard of the Internet of Things, but one Twitter account is offering its own parody paradigm, The Internet of Shit. It’s a sharply cynical collection of nearly 1,000 tweets, blasting its derision at all the hype around internet-enabled consumer products and sometimes identifying the worst of the worst offenders. For example: “Now your vacuum can send you needy text messages!” 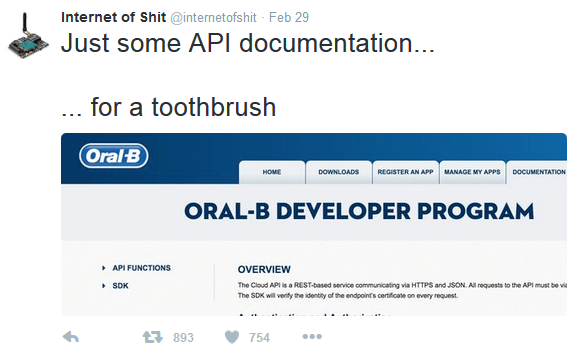 Nearly 70,000 people are following this ongoing freak show, and the feed’s profile offers an e-mail address, so readers can suggest more “intelligent” household objects that need a good smackdown. Lately, the tweets have been mocking Amazon’s “Alexa” personal assistant, and its ability to tell you what the weather’s like — when you’re already outdoors. 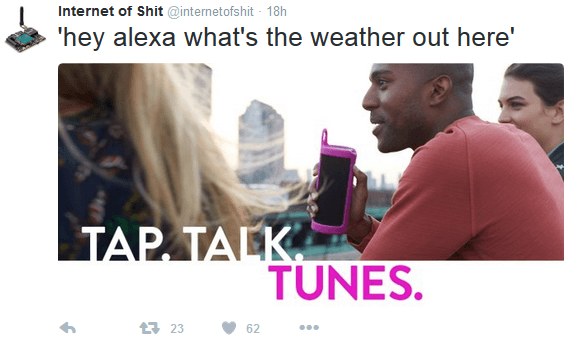 But the underlying message always seems to be an honest and genuine astonishment at the way technology is somehow creeping into even the simplest of mankind’s inventions.

“Aquariums really weren’t that hard in the first place,” it reminds one KickStarter campaign promising the world’s simplest aquarium monitor. And collectively these tweets do make one very compelling point — that for better or worse, the Internet of Things has already begun. 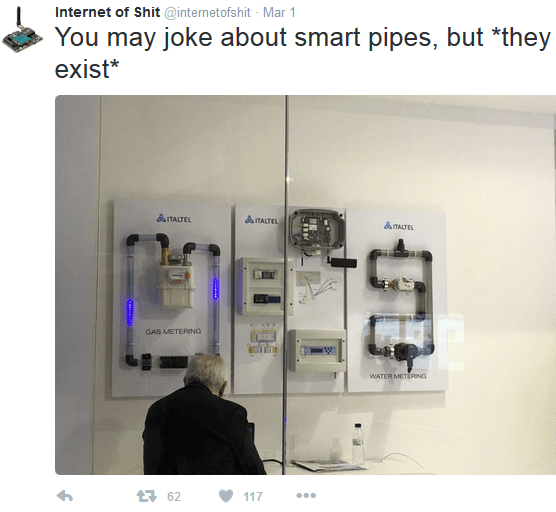 This account’s handle name, “I am Devloper,” [sic] is a preview of the arrogance, idiocy, and general incongruity in the IT world that the account skewers.

Wednesday, for instance, Devloper [sic] posted a picture of what happens when a JavaScript developer insists he’s too good to use a framework. 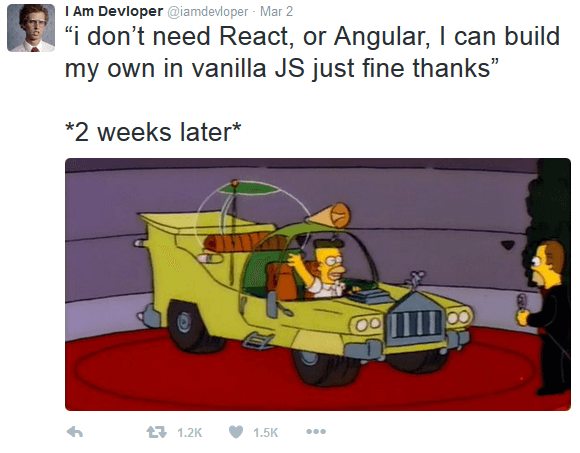 With a profile picture borrowed from the movie “Napoleon Dynamite,” IamDevloper [sic] has racked up 144,000 followers, mocking everything from project managers to graphic designers… 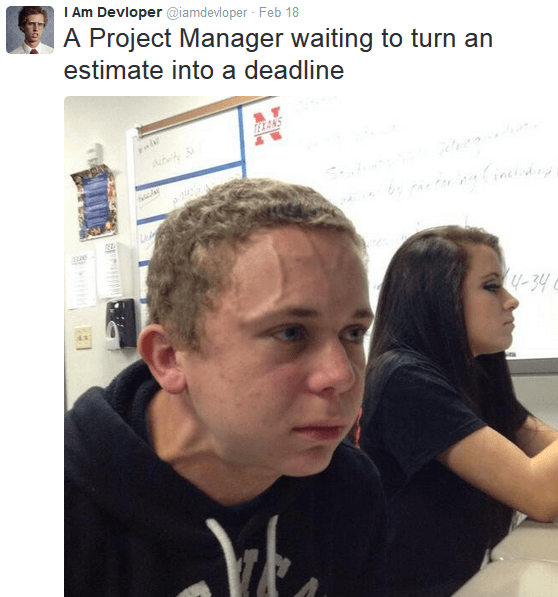 waiter, waiter
lemme guess, there’s a fly in your soup?
no i just wanted to say I use Vim

Like any quality humorist, Devloper [sic] share examples of his own geeky idiosyncrasies that could very well be your own.

i can’t fix this

oh it was a typo, cool

And of course, the feed has a few recurring themes: 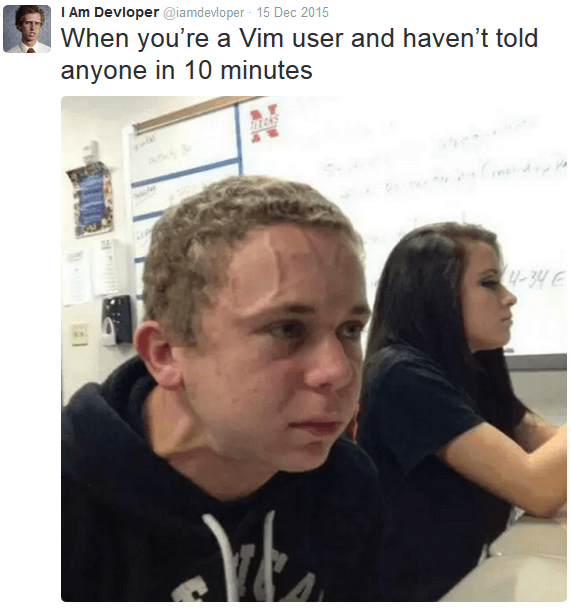 After their launch in 2013, over 40,000 people started following their tweets. There’s just 47 of them, but the news-headline style makes every sardonic masterpiece feel a little more biting.

After a hiatus of more than a year, the @HackerNewsOnion surprised the world with a new headline in February.

One of the oldest IT parody Twitter feeds, @HipsterHacker still greets visitors with a tweet he pinned to the top of his feedback in 2011:

As a mock hipster, he parodies not only the technology industry itself but the individual geeks who are just as guilty of being fascinated by each shiny new framework.

Just finished rewriting all my ember apps on backbone, and now I get to rewrite them all on angular. Feels good to make progress!

That tweet has since been updated — more than a year later — with a follow-up announcing that Hipster Hacker is now using React, and “Looking back, I can see how much I’ve grown…” The feed petered out last summer — maybe from all of those ambitious projects.