RisingStack’s Trace Can Monitor Your Microservices 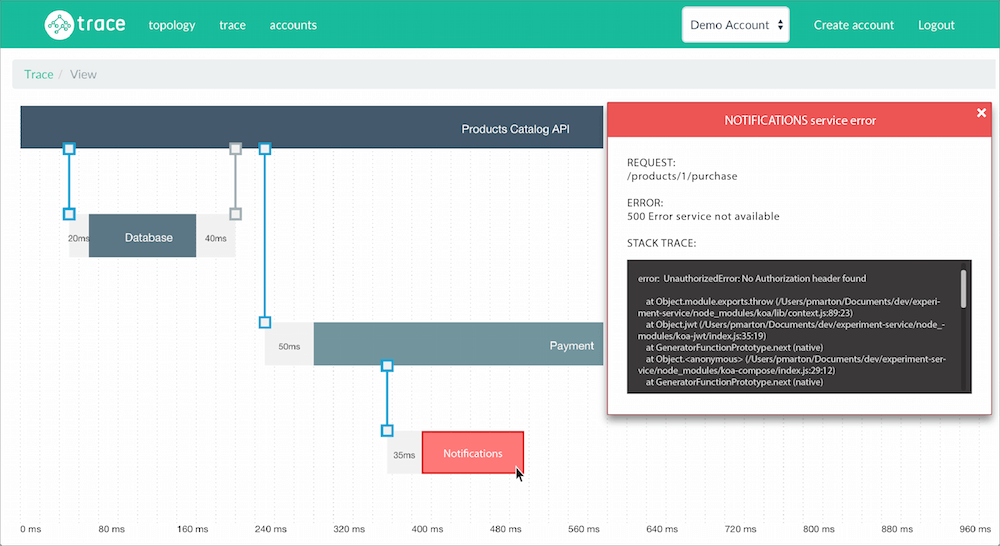 It seems as though there’s a new monitoring platform for developers to test out arriving on the scene daily. One of the newest offers is offering is Trace, an entirely open source microservice monitoring service from RisingStack.

As companies begin to shift away from monolithic applications and into microcontainers to pair with their microservices — the needs of enterprises running thousands of instances at scale have continued to progress alongside them. Though still in its closed beta stage, Trace addresses common issues developers face when scaling out their microservices — transaction tracking, monitoring, alerts, and infrastructure visualization.

Standing Out in the Crowd

Microservice monitoring PaaS solutions with analytics and alerting features are nothing new. RisingStack took inspiration for Trace from Google Dapper — a large-scale distributed systems tracing infrastructure. Trace has implemented both server and client Send/Receive events spanning the lifetime of a request. When a server request comes in, it is logged in Trace and assigned a request ID on outgoing requests, which persists throughout the entire transaction.

This stack trace visualization feature allows for developers to identify and isolate any ongoing issues which may occur in their architecture. Often, valuable time is spent identifying what server or cluster a malfunctioning service is running on, with more lost to debugging it. By implementing trace visualization, developers are able to better monitor their stack at any point in their workflow.

“Trace also offers a detailed topology view of the connected services to better understand and track how services communicate with each other. This way, data on average response times, network delay, and request count can be seen on a map that is also showing the nodes and the relation between them,” said Gergely Németh, co-founder and CEO at RisingStack. 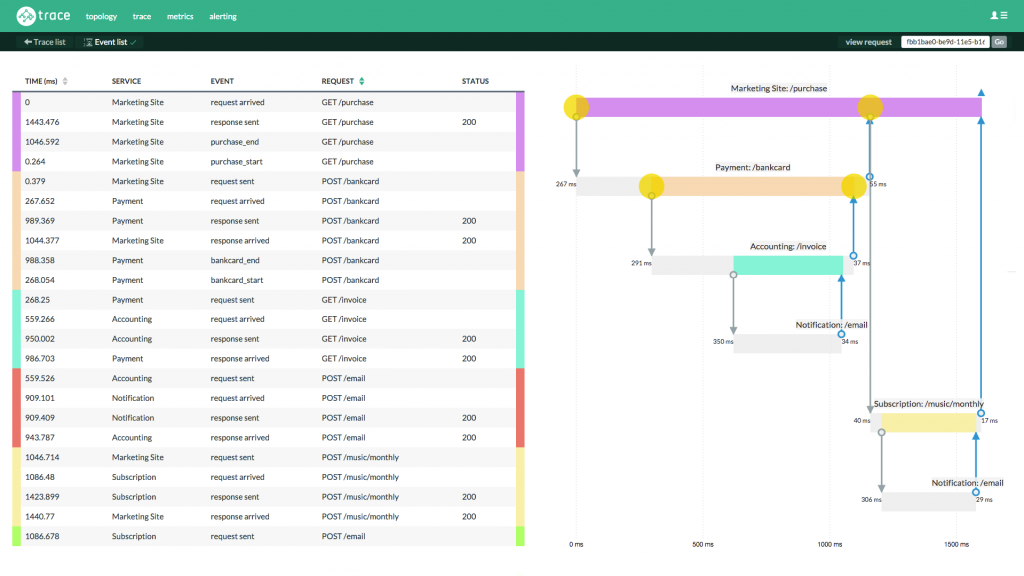 Currently, Trace works on the back end by adding HTTP headers to outgoing requests, which has minimal impact on server overhead. “Adding front end support is on our roadmap as well, among Java, Go and .NET,” said Németh.

If a developer wants to try out Trace after signing up for its closed beta, they have only to paste a single line of code into their root directory to be up-and-running. Trace supports both on-premise solutions and cloud-based infrastructure, which is crucial for developers interested in using it to monitor their applications which may be subject to stringent data privacy or user privacy restrictions. 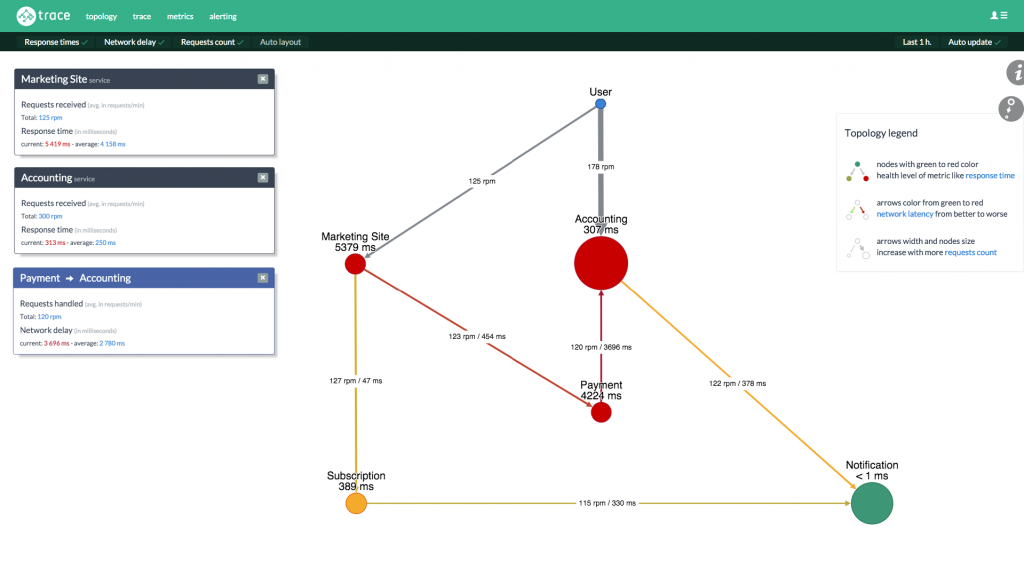 Users can add their own controllers to Trace, or run collectors on Trace’s own servers once they have obtained an API key. Adding Trace as a dependency in one’s application is as simple as setting it as a requirement with NPM (Node Package Manager).

If you’d like to try RisingStack’s Trace for yourself, you can sign up for the closed beta here.