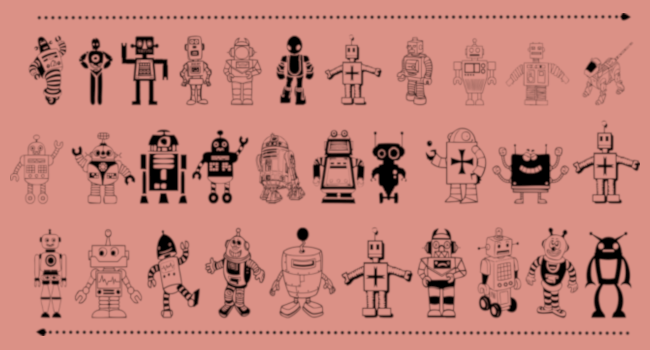 As a software engineer working on test automation, Antti Karjalainen saw its similarities with robotic process automation (RPA), technology in which robots take on mundane tasks such as clicking through the process of approving insurance claims.

Though the technology has been around for years, few RPA projects actually make it to production. In fact, a Cognizant survey of 4,000 global C-suite executives found that only 8% reported having deployed automation at a significant scale.

Part of the problem has been the limits of the proprietary tools in the market for building robots, the expense of licenses and that the existing tools were not developer-friendly, according to Karjalainen.

He and co-founders Teppo Koskinen, Jouko Ahvenainen and Sampo Ahokas created Robocorp to tackle those problems.

“We have been given expensive, locked-down and brittle buzz-killers chosen by people far removed from development,” they assert on the Robocorp website. “There is no openness. There are no places to share knowledge, hubs to study, no sense of community or learning from each other. We’re all tied to our corporate grindstones.”

“When we got started, we took a look at RPA, and [saw] that the heavy emphasis on citizen developers, on low-code kind of things, you know, your accountant can use these products in an automated way in their own routines. But that wasn’t really happening. When we looked at detail on the ground, we didn’t sell see a lot of instances of this citizen developer model actually working. So we thought that’s not the case. There must be this class of RPA developers that is emerging, and we should build a practice that serves them specifically,” said Karjalainen.

RPA has applicability to a broad range of use cases and has been used to automate anything from elevators to mainframe terminals to dynamic web apps. The bots can take over mundane tasks such as clicking through business processes like payroll or healthcare revenue cycle management, freeing workers for higher-value tasks.

Cognizant forecast that automation to make routine and complex decisions will grow by about 50% between now and 2023, with artificial intelligence, analytics and RPA combining to form a more intelligent form of process automation.

ClearBridge Investments, an investor in proprietary rival UiPath, pegged the market at $60 billion market today and forecast that it could grow to $200 billion or more by 2030.

It’s a crowded market with vendors including Microsoft, Blue Prism and Automation Anywhere, as well as open source solutions.

The Robocorp team set out to make the process of building robots programmable, basing their technology on the Robot Framework, an open source automation framework for acceptance testing, acceptance test-driven development and RPA. The framework is operating system and application-independent. Using plain text syntax, it can be extended with Python- or Java-based libraries. Open APIs enable communication between myriad libraries and persistent data stores.

It offers RCC, a set of tools that allows you to create, manage, and distribute Python-based self-contained automation packages and the robot.yaml configuration file for building and sharing automations.

Control Room provides a dashboard to centrally control and monitor automations across teams, target systems or clients. It offers the ability to scale with security, governance, and control. There are two options for Control Room: a cloud version and a self-managed version for private cloud or on-premises deployment.

The platform allows users to write extensions or customizations in Python, a limitation with proprietary systems, according to Karjalainen, and to extend automations with third-party tools for AI, machine learning, optical character recognition or natural language understanding.

The cloud-based system allows you to take a bot that you created with open source tools, package it, and then distribute it across basically any platform out there, Karjalainen said. Enterprises that want to run bots on-prem locally will install an agent software. You can reuse and repurpose robots to reduce development costs and time to market. It’s also focused on usage-based pricing, rather than licenses.

Most RPA tools were built before the rise of DevOps practices, he said, and developers get excited when they talk about things like native version control integration through GitHub, the ability to do continuous integration and to automatically or update robots in production.

One of the platform’s key advantages is the ability to address the brittleness that often afflicts bots, he said.

“So typically, you record and playback user actions on the most superficial layer of the automatable application. And that results in very brittle bots that will break the first instance something changes, he said. “Our technology allows you to go deeper into the automation and access not only the surface layer, but also APIs, the data layer. We call it the best path automation, which allows you to, in every step … always leverage the most robust way to build that automation,” he said.

Thoughtful Automation, a workforce bots-as-a-service vendor for midmarket companies, was an early access partner with Robocorp after quickly discovering that licensing models at proprietary RPA vendors made its business financially untenable, according to CEO Alex Zekoff.

His team wanted to own their design decisions and liked Robocorp’s ability support more complex needs, rather than requiring prescriptive ways of building. They don’t have to manage servers and other infrastructure; it’s all just automation as code. His team has cut the build time for bots roughly in half and plans to reduce it further, Zekoff said.

San Francisco-based Robocorp in June announced a $21 million Series A funding round led by Canvas Ventures, bringing its total funding to $32.6 million. It also has offices in Helsinki, where it originated.

“Awareness of robotic process automation’s ability to transform the future of work is increasing rapidly beyond IT organizations to C-Suite executives and business functions. Most Robocorp customers build and deploy bots in a matter of weeks for a fraction of the price, a step function improvement from costly licenses and implementation times of incumbent solutions,” Canvas Ventures’ Grace Isford said of the investment.