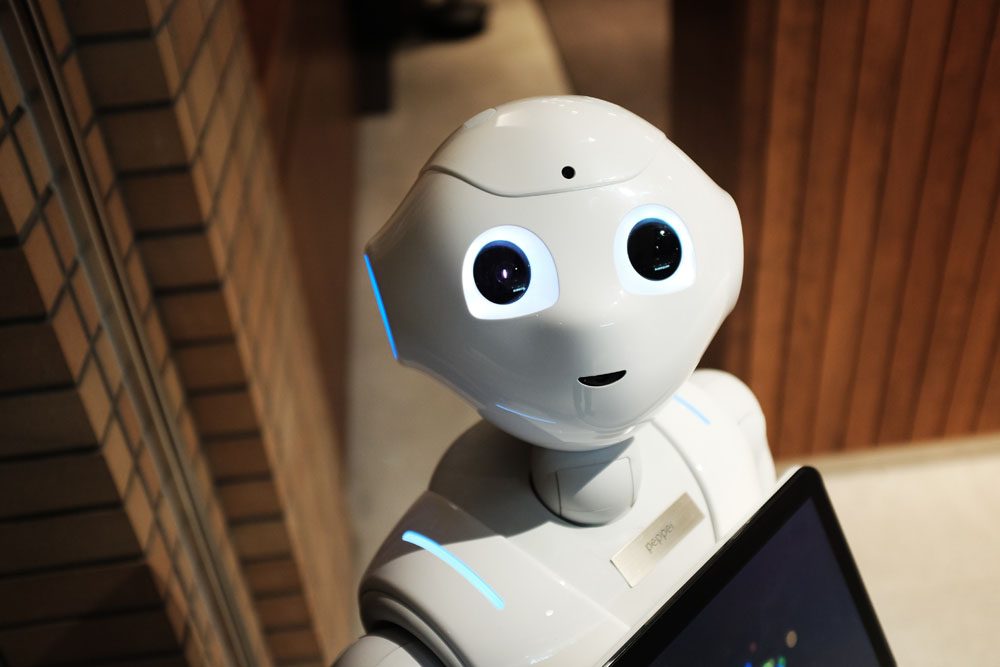 It seems that everywhere you look, robots are slowly making their presence felt. Automation has already made enormous inroads into the manufacturing industry, and now robots are being introduced into new and unexpected areas: hotels, farms, even our gardens, our offices and our streets, carrying stuff or delivering groceries.

Some may argue that robots will never be as creative or intelligent as humans, but we’ve come to a point now where we even have machines writing passable novels, pop music and diagnosing disease better than human doctors.

While automation is efficient and saves companies money, the big question here is what happens to the humans once they lose their jobs to robots? Will there be widespread social unrest in response to massive unemployment and accelerating income inequality between haves and have-nots, or will humans quickly find ways to adapt and retrain themselves, and create new kinds of jobs? In either case, it seems likely that a significant amount of time will be needed to adjust to such a robot-dominated future.

To help financially offset that uncertainty, some industry experts like Microsoft founder Bill Gates, have previously proposed creating a “robot tax” as a way to ease the impacts of job displacement as automation grows, besides helping to fund human retraining in other understaffed fields.

“Right now, the human worker who does, say, $50,000 worth of work in a factory, that income is taxed and you get income tax, social security tax, all those things,” said Gates earlier this year in an interview with Quartz. “If a robot comes in to do the same thing, you’d think that we’d tax the robot at a similar level.”

It appears that Gates is not alone in thinking that we humans need some kind of contingency plan when it comes to the impending automation revolution. Tesla’s CEO Elon Musk, as well as Facebook’s Mark Zuckerberg and billionaire entrepreneur Richard Branson are some of the other tech luminaries who have also called for the implementation of a universal basic income as humans are gradually made redundant by robots. A recent report by the Organization for Economic Cooperation and Development estimates that 9 percent of jobs (or about 13 million) in the United States may end up being automated away.

Some governments are already taking steps to ensure a smoother transition as more machines take over. South Korea, for example, recently became the first country to introduce a robot tax of sorts, by limiting tax incentives for companies investing in machine automation.

On this side of the pond, San Francisco city official Jane Kim is now launching a campaign called the Jobs of the Future Fund to study how California might best prepare for an increasingly automated world. It’s meant to be a public forum where communities, unions, and industry can discuss the issue, how to tackle it and whether a statewide payroll tax on robotic automation should be implemented. If such a tax is put into action, it could help fund retraining programs or a universal basic income for low-income workers affected by robot-related job loss.

Some of the more problematic aspects of the issue that the campaign addresses include defining what exactly is a robot. Most of us see robots as those stereotypical humanoid-looking machines seen in films, but today, the word ‘robot’ encompasses industrial robotic arms working on assembly lines, as well as intelligent service robots that may help with caring for the elderly. Even trickier is what would constitute the eligibility threshold where these balancing measures would kick in: Would it be only in situations where a human is completely replaced by a machine? What about humans who might find themselves working part-time, thanks to the assistance of collaborative robots?

“We’re still working on what defines a robot and what defines job displacement,” Kim told Wired. “And so announcing the opening of the campaign committee is going to also allow us to have discussions throughout the state in terms of what the actual measure would look like.”

The anxiety around automation-related unemployment isn’t restricted to the tech epicenter of San Francisco. Lawmakers over in Hawaii are also studying whether to implement a universal basic income.

“Because we don’t have a heavy manufacturing base or a heavy tech sector, it really is that there are regular services available in other cities that make up a much larger share of the overall economy,” said state representative Chris Lee, who is behind the push to consider the issue. “We’ve seen automation of the retail space, with self-checkout systems proliferating, as well as automation in fast food and similar sectors, and the biggest thing, which obviously is yet to come but surely around the corner, is on the transportation side with respect to autonomous driving.”

Yet, the fears around machines creating mass joblessness may be overhyped. Some analysts point out that automation may take over certain types of work, but historically such technological shifts have helped to create more jobs than they have eliminated. But what is different about this emerging revolution this time around is that not only are blue-collar jobs potentially threatened by our increasing reliance on machines, but also highly skilled, white-collar jobs as well — think about the recent rise of fintech or the growing use of robotics in healthcare.

But companies contend that their machines are mostly meant to augment human labor, rather than replace them outright. Even if robots do end up taking over on menial, repetitive tasks, these machines will still need humans to oversee things and to program, fix and troubleshoot them. Moreover, those who are opposed to such a tax say it will put a chill on innovation, hampering overall productivity and growth, and companies may cope by passing along the costs to consumers by rising prices on their products.

So while it’s clear that we can expect big changes as automation gains ground, what’s less straightforward is what those changes will look like and what to do about it. Whether it’s a tax, or a universal basic income, or subsidizing human labor to make it a more attractive option compared to automation, it seems that what’s most important is to get the discussion going now.