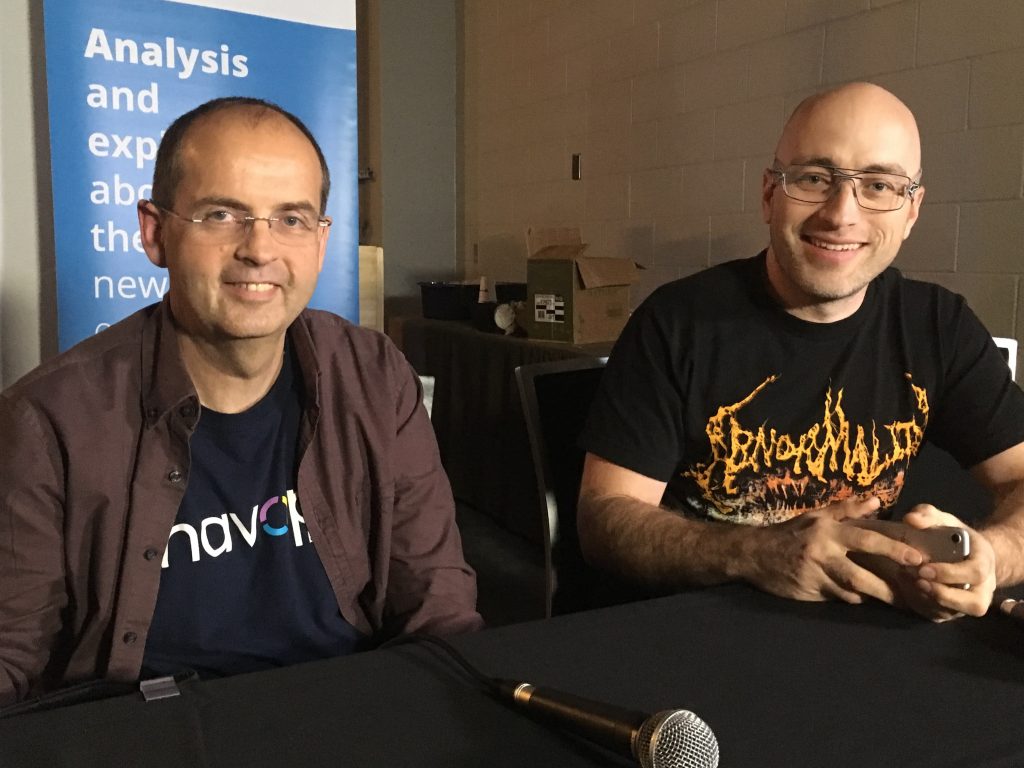 “I know a lot of groups want to containerize [their applications]. Bring over the modularization and isolation without worrying about the 30-year-old hardware that it runs on,” said Hall.

Ferstl added that people running Kubernetes rather than Mesos may look at it and say, “There is something useful there, I can work with that. Rather than try to force code into Kubernetes, I can take something like the URB that just runs it.”

When containerizing workloads on Mesos, the Data Center Operating System (DCOS) is the environment often chosen to run them. If a user is running workloads in Mesos and they want to move the workload to Kubernetes, Ferstl explained how the URB works to implement the Mesos API.

1:34: The history behind the Universal Resource Broker (URB).
8:50: If one is running workloads in Mesos and wants to move them to Kubernetes, how does the URB work?
13:59: How the market is shifting in terms of the technology NavOps is developing.
25:00: Resource management and cluster utilization on Kubernetes.
27:40: Optimization of resources and service mesh.
30:28: The challenge of virtualized networking.